From placemaking to changing places

Ashford Borough Council is aiming to use real-estate assets both to regenerate the area and create a sustainable funding mechanism for its services. What can other local authorities learn from its approach?

As councils across England lose their government grant, can regeneration stay in the picture when there are essential services to run? Ashford Borough Council in Kent thinks so: more than that, it sees regeneration and development as a starting point for funding its services and improving the standard of living.

Council leader Gerry Clarkson says he has aimed for an entrepreneurial approach across the borough so it can become self-funding and avoid the need for cuts – indeed, aiming to increase the services it can provide off the back of a successful local economy. The council has taken advantage of the government-granted ability to create arm’s-length commercial bodies, and Clarkson believes councils should seize this opportunity to succeed at regeneration.

Leadership is also crucial, for example in recognising changing dynamics such as the rise in online retail so that efforts can be directed accordingly into making the local high street more attractive to shoppers. The council acts more like a business – except that rather than shareholders, local authorities have residents to whom they owe a duty to provide essential services. Ashford’s plans to ensure such service provision depend on real estate.

The council took the unusual move of purchasing a failing local shopping centre, Park Mall – a 34-unit asset, almost a third of which was untenanted. The aim was not to create a direct profit-producer but rather to drive improvement of the town centre as a whole.

To support this, the council offered independent operators up to a year of rent-free occupation, after which it could assess their profitability and begin to charge a small rent; the council has no expectation of taking large sums, but with the mall now fully occupied this uplifts the atmosphere of the town centre, where footfall rose by 27% in the lead-up to Christmas 2018 compared to December 2017 (see Figure 1) – surprising even the council. 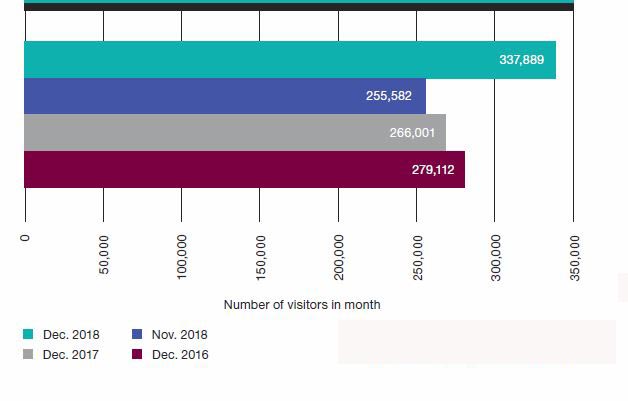 Made in Ashford showcases local artists’ and artisans’ work in a Park Mall unit, and owner Melissa Dawkins says the council has supported her financially with refit and tools, and enabled businesses to take ownership of their high street while giving them the back-up they need to succeed.

Clarkson stresses the importance of dealing with small details that can make a centre seem neglected – the council demanded the replacement of an unattractive signboard outside the historic town-centre church and restored a dilapidated bandstand in the high street that now hosts musical performances. The council also used its own design team to produce cost-effective ‘Love Ashford’ branding that can be seen across Park Mall.

Graham Galpin, the council’s portfolio holder for corporate property, explains that many people in outlying villages in the borough had believed that the town centre was too empty to merit a shopping visit. Events were therefore an important factor in attracting people to see the change for themselves. These included a partnership with the City of London to bring the outdoor exhibition Fields of Battle, Lands of Peace to the town on the 100th anniversary of the Armistice, and the Snow Dogs trail, where 35 dog sculptures painted by artists were displayed for several months to encourage selfies on social media, promoting a positive picture of Ashford.

Clarkson’s advice to other local authorities is: ‘Have courage, be entrepreneurial, be visionary; and you have to use the assets you have in your location.’ This means being open to new ideas, as well as using history and heritage – with the mild local climate around Ashford, for example, a major wine producer is looking at developing vineyards in the area.

Local authorities should reflect on where they want to go and ‘take a calculated chance’ with investment for development, Clarkson recommends. For example, the council has granted £2m to Ashford College, to address the area’s loss of higher-skilled people to other locations because of a lack of opportunities for training. It therefore made sense to improve and expand the college and retain people and their skills in the borough to foster a more sustainable local economy.

Engaging with businesses is key, and for Clarkson this meant asking the question: ‘How can we say “yes” to you?’ After introducing minimum space standards for houses and gardens to help encourage families to stay in the area, the authority knew this would be a bitter pill for housebuilders of large developments to swallow; in the Chilmington Green scheme, for instance, this meant a drop from 7,000 to 5,750 units. So the council met developers and stated that, while these standards were non-negotiable, it would otherwise help them as much as it could to build in the borough. Again, Clarkson emphasises ‘We don’t act like a council, we act like a business.’

The council purchased International House, an office building adjacent to the station that now brings in more than twice the previous rent from the site. A nearby patch of hard-to-develop contaminated land belonged to the borough, but even offering the site to a developer for just £1 was not sufficient to get the project started, so the council guaranteed to take 2 floors of the proposed new development. As construction was completed, it became apparent that the developer would be able to let the floors without the council taking them up, and although the council had the option to buy on completion, it decided to focus its attention on housing. The developer is now selling the property – the largest speculative office build in Kent in 2 decades – with the council receiving money back for the value of the land on which it initially granted permission.

Light industrial units are proving good investments, with plenty of demand, as are a number of retail and office assets. Last year the council reported: ‘In 2016/17, International House delivered a return on investment of 12.6%, Ellingham Industrial Estate 12.3%, Stanhope shops 9% and Wilko 8.8%.’

Buying and letting residential property, though, is its main focus, and includes offering a property management service for private-sector landlords. This helps it to meet its legal housing duties and means that more residents have a responsible property manager, increasing the likelihood of them remaining in the borough. The council has also invested in buying larger properties at auction and converting them into accommodation for homeless people, including the outdoor and storage spaces that families require. This has proved a more cost-effective and sustainable option for housing than using hotels or B&Bs. 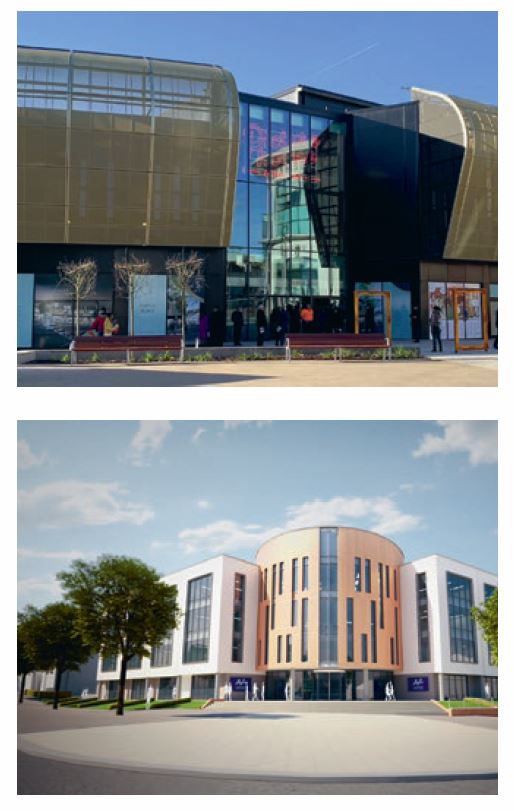 Figure 2: (Top) Bringing entertainment and a hotel into the centre of town in the council-funded Elwick Place development should boost local retail and the town’s profile as an attractive place to live; (above) a £2m investment by the council into Ashford College is intended to help create and keep skills in the area

The expansion of a local lorry park – the borough is around 35km from the port of Dover – was made possible as well when the council changed the land-use designation around it so houses could be built to help pay for the increased capacity. And to create more of a night-time culture, Ashford funded the construction of new hotel and adjacent cinema at Elwick Place (see Figure 2). This connects to County Square mall with a shared section of road designed to encourage careful driving and a less car-dominated feel in a town centre bound by several large highways – a good example of what Graham Galpin calls ‘not just placemaking, but place-changing’.

Many fear that councils are biting off more than they can chew by investing in property, although Ashford is keeping its investments local to gain both the financial and less tangible benefits of ownership. With good links to London via High Speed 1, a 38-minute journey from St Pancras, it may be able to profit from those priced out of the capital by creating an economic and social offering that appeals to this young demographic.

Clarkson believes that other authorities can learn from Ashford’s example if they look to their own strengths and opportunities, focusing on the needs of people and creating a sense of vibrancy in town centres: ‘It’s about thinking of the community and the heartbeat.’