Real-estate search portals are now well established as a first stop for house-hunters around the world, but increasing competition in many countries means a fight for dominance. The biggest market share may not mean the greatest profit, and there are now many fronts on which different portals can compete.

The development seems very much driven by marketing and technology, but could real-estate professionals have more to add to the equation, or will it be all about the algorithm? The 2018 Global Real Estate Portal Report  by academic and adviser Mike DelPrete collects facts, figures and analysis from around the world that offer surveyors food for thought. 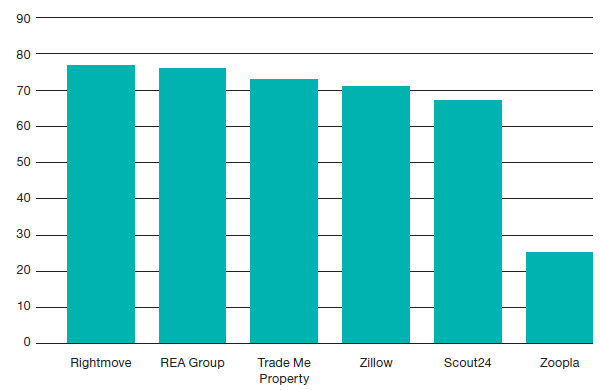 Most large portals receive the majority of their revenue from agents whose listings they carry (see Figure 1), but some are changing the model by offering other services. In mature markets the big portals have reached saturation point and can’t look to make any more money from the sheer number of listings, so they are having to diversify and find ways to make more from each customer.

The simplest way to do this is already offered by most sites – a premier listing option that puts them higher up the page and provides more or bigger photographs. So regardless of technology, it’s the simple tweaks that can pay dividends, especially in the attention-poor world of the internet.

Some portals have developed a soft offering to do so, comprising blogs, household tips and real-life stories to keep the consumer’s eyes on their site rather than those of others. It may be hard to measure the impact of this, but some have clearly felt it worth their while to sustain a degree of customer loyalty and interest.

In the past few years, diversifying into other revenue-generating activity has taken off as well, though generally these offerings will create less revenue than listings and require volume to make financial sense. Perhaps most common is lead generation for services such as utilities, mortgages and insurance; DelPrete calls this moving ‘from a search engine to a service engine’, bringing together the services and the end user – the prospective buyer or tenant – who is not paying to use the portal.

Going further, some sites have been busy in the field of acquisitions, notably Australian market leaders REA acquiring an 80% stake in mortgage brokers Smartline, Zillow’s purchase of Mortgage Lenders of America LLC, and the takeover of utility site Uswitch by Zoopla in the UK. ‘The leaders in the field offer deep integrations across their sites, critical to their success,’ says DelPrete. 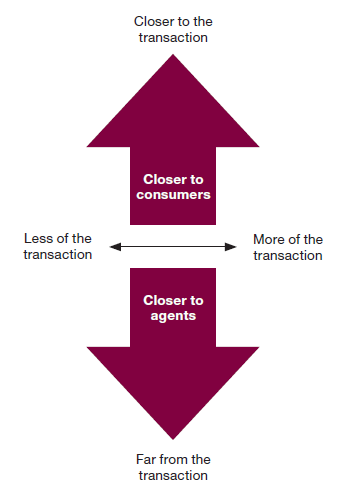 Figure 2: Where is a portal's focus? (Source: mikedp.com)

He says these seem to be showing the direction these sites are heading, generally either getting closer to the transaction or further away from it, and the extent of the portal’s involvement with the transaction (see Figure 2). These moves also indicate whether the portal’s relationship with the agent or consumer is the more important. Taking on more advertising relating to household services and goods, for example, is not near the transaction but can still add value. Services relating to finance and title, however, bring the portal closer to it.

Real-estate portals may have essentially started out as media companies that made their money by advertising properties, but now they are moving towards becoming true tech companies that can bring services together, even to the point that some are beginning to offer themselves as platforms for the entire sales process. Although not covered in DelPrete’s report, Zillow is piloting the purchase of homes directly from sellers, offering quick cash as other sites do but with the advantage of having a big reach and a trusted name; people may be wary of smaller companies offering the same services.

This seems like the ultimate high-stakes gamble for major portals, and it remains to be seen whether others will follow suit. It’s certainly likely that more will offer services that take consumers all the way through the transaction – and perhaps beyond, in terms of home maintenance provision for example. There are already sites operating that aim to manage home remodelling projects and get the best price for these by aggregation, so portals could set their sights on similar offerings.

If the blockchain and AI optimists are to be believed, these technologies could cut out many of the intermediaries, making entirely online conveyancing a secure, much faster option. However, this still appears some way off – not due to the technology, which is largely ready, but the inevitable lag in legislation that will allow its use.

Amid the myriad services being offered by these sites there seems to be a notable lack of synergy with surveying, which is an essential part of the homebuying process. This is perhaps because of the granular nature of the market, with most of the firms that carry out surveys being small, local operations, in the UK at least. Could the next step be a major portal buying up a large surveying firm to give them both a competitive edge, or using a gig economy approach to connect self-employed surveyors with buyers? As search engines become service engines, those who look for creative partnerships are likely to profit.

Claudia Conway is editor of the RICS Property Journal