Many features that are common in less pricey housing are still important to identify at the other end of the market. But, as Gareth Evans explains, high-end homes can present their own particular problems

Without a fixed definition, some argue that high-end properties are those with a value starting at £10m. While this may suffice to define the high end in London – ordinary terraced houses in good postcodes fetch significantly more than £1m, so there must be some differential – in Hong Kong £10m may only buy a tiny box that has a view of other tiny boxes.

Properties in the UK outside London must also be considered differently. I once surveyed a palatial new-build in West Sussex where the journey from the bath to the toilet in the master bedroom’s en suite bathroom involved a long trek across a heated floor, and enjoyed a view out over a lake. The property was definitely high-end, but valued considerably less than £10m.

Apart from price, what makes a high-end property distinctive? Often, it is simply the size – say, more than 200 sq. m in London – the complexity of the services and, of course, the quality of fittings and finishes.

The fabric of a building will usually be quite basic for its period, although there may be embellishments such as classical porches or rubbed brick window heads, with modern additions usually at the rear. A well-maintained Georgian or Victorian property costing £10m or more may show obvious, carefully executed repairs, probably in traditional materials; indeed, if the property is listed, this will have been obligatory.

If a property is an architect-designed 20th-century building or even newer, an assessment of the fabric itself may be difficult. Render facings may, for instance, hide permanent expanded polystyrene insulation rather than the expected blockwork, so a surveyor may need to do some investigation to determine the details. 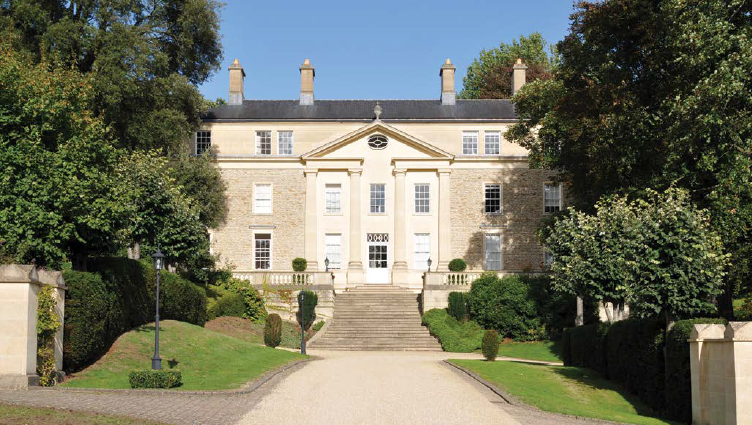 If the building is sufficiently prominent, it may have featured in an architectural journal or coffee-table book, which may contain useful information. A local authority’s online information is usually sparse at best, and few make building control information available. Unfortunately, planning drawings rarely show construction details.

Architects can often be helpful. I once surveyed a large, modern country house that came with a full set of drawings – though of course, 'as built' may be different from 'as drawn'. Such drawings can point to manufacturers’ plant specifications and so allow for fuller comment. Unfortunately, some drawings may have vanished a few years after construction.

The tendency to conceal all services only adds to the difficulties of understanding their detail during a survey. Tile casings commonly hide waste and water pipes, for instance, so the standard warnings in reports on more basic properties about locating leaks must remain highlighted. However, a friendly seller in residence or a housekeeper may provide some beneficial knowledge.

These problems can be illustrated through some examples. Desbruslais recently surveyed two houses close to one another in W11 in London. They were both mid-Victorian terraced properties that were faced in London stock bricks with white-painted render, and both were very large, at between 600 and 800 sq. m, and had been almost entirely rebuilt inside.

I once surveyed a large, modern country house that came with a full set of drawings – though of course, 'as built' may be different from 'as drawn'

One basement had a swimming pool with a very high ceiling – the lowest plant room floor to the soffit was around 6m – and, combined with the pool excavation itself, required enormous underpinning. The other building contained a lift and, to maintain good room proportions, the stairwell had been revised to accommodate the lift shaft. You should always try to visit a lift plant room, but note that installations with traction lifts may not have one.

In neither case was it possible to examine the basement tanking; often such things must be taken on trust, although failure to do sufficient tanking should be easy to spot in unfitted areas, such as plant rooms. Both houses had significant quantities of plant, mostly for their air-conditioning systems, and in one of them this had been squeezed into the vaults below the pavement, which had clearly been tanked.

The house with the pool had a much higher specification, even without a lift. The substantial pool was complemented by a gymnasium, and further steps led down to a 2-level plant room, which resembled the boiler room of a ship (see figure 2 below). In modern service installations, it is possible to disentangle the maze of pipes, valves, tundishes and control panels as they tend to be neatly laid out and labelled, whereas older installations usually have no colour-coding or labelling. Incoming power supplies for buildings with large pools are frequently 3-phase, which should not surprise experienced surveyors. 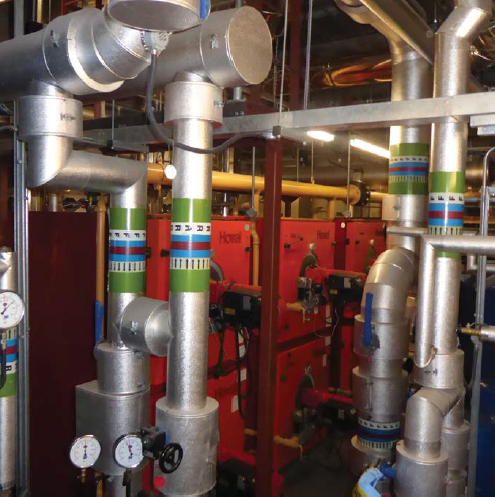 Deep basements such as these usually require a sewage sump and pumps, but the controls are usually recognisable and the sump cover accessible. There should be at least 2 pumps, working alternately, and suitable alarm functions.

In these modern installations, any manufacturers’ labels that are present usually enable you to research additional data to enrich your report. Providing as much data as possible demonstrates a thorough job, even if the client is not interested. However, a separate detailed mechanical and electrical report will often be commissioned, so you need only provide a superficial comment.

In the case of the basement pool, large spans were needed to support the floor above. If there is a grid ceiling in part of the basement, it may be possible to see more of the support structure, but fire casings usually prevent this. Drawings may provide structural information but, with luck, you can look upwards to see concrete plank or beam and block constructions in any service spaces.

Electrical systems entering through well-configured plant spaces are normally obvious enough. It is the subsidiary consumer units, perhaps 1 per floor, that tend to be well hidden in the living accommodation. Lighting can also be idiosyncratic, and sometimes complex controls are fitted because they can be rather than because they are needed, so mastering these can take time. Do not forget to survey any piped audio, media rooms and features such as fire curtains, and look for concealed items if the equipment is not obvious. The space housing such items may show parts of the structure.

These examples contrast with two other high-end properties that Desbruslais recently surveyed, which were not particularly complex but made for long inspection because of their size. One, in an inner SW London postcode, was a well-preserved, late Georgian house. There was no basement deepening and no loft conversion, but the property was more than 800 sq. m. The basement retained its original flagstone paving in part, and a pair of obsolete gas boilers shared a huge flue that discharged into one of the original chimney stacks.

The other house was a converted commercial premises. These have usually been well maintained, but in this case we found that the previous refurbishment had skimped. Ill-supported floor tiles and plaster finishes had cracked, and the below-ground drainage was totally concealed. Worst of all, early fibre cement tiles had been laid on the roof and faded and curled. The boiler room drew fresh air via a worryingly long duct and was full of mysterious unlabelled pipes. The report was rather cautionary.

If the property is a flat, matters can be more complex and issues to consider include the security of basement parking, the number, type and quality of lifts, limited access to plant spaces or roof areas, shared provision of hot water and air conditioning, and so on. A helpful concierge is a major asset.

A surveyor should follow a standard inspection process for a high-end property and use plenty of notepaper and a camera, assuming photographs are allowed because of security issues. But it is the property size and the complexity of services that will make things tricky.

Gareth Evans is a senior surveyor with Desbruslais Chartered Surveyors