In common with many sizeable practices, Malcolm Hollis regularly carries out building survey work for clients acquiring large property portfolios. So when a client asked us to report on the condition of 50 industrial buildings on 26 separate sites, we knew we had the expertise and resources to meet their demands.

The fact that the buildings in question were not in the UK but in Denmark certainly threw in some extra challenges. However, having previously carried out portfolio work in Europe for other clients we were no strangers to working outside the UK, so we had a very good idea of what would be involved.

With such a large portfolio to inspect and report on in an extremely tight timeframe, the first step was to develop a very specific brief with our clients. We then produced a bespoke report format, to include a building survey.

This consisted of a costed schedule of repairs in years one to five and in the longer term, prepared on a priority basis and apportioned to the tenant or landlord according to the lease covenants applicable to a particular property.

We also prepared a reinstatement cost assessment for each of the buildings, for which we used Danish pricing books to give costings in Danish Krone – UK prices differ considerably, so using locally produced pricing guides was essential. Energy Performance Certificates were handled by an external environmental consultant.

Probably the biggest initial challenge was the administrative side. Mobilising a team of 25 surveyors from eight locations to four different airports in Denmark was no mean feat. Added to that, accommodation, car hire and cherry pickers had to be organised for each site. However, everything ran like clockwork and the initial phase of surveys, covering around 263,000m2 in floor area, was carried out over just five days.

Not being fluent Danish speakers, we were relieved (although not surprised) to find that most Danes speak very good English. Arriving at one of our first sites we did have some initial problems with a Lithuanian driver, not least because it was his first day on the job and he had not realised that he would be operating the cherrypicker. It was a bit of a bumpy ride, but the job got done.

There were some interesting differences between the UK and Denmark in terms of construction types. Almost all the buildings we inspected were industrial warehouse units, which in the UK would typically be of a steel portal frame construction, whereas in Denmark a pre-cast concrete frame is the norm. 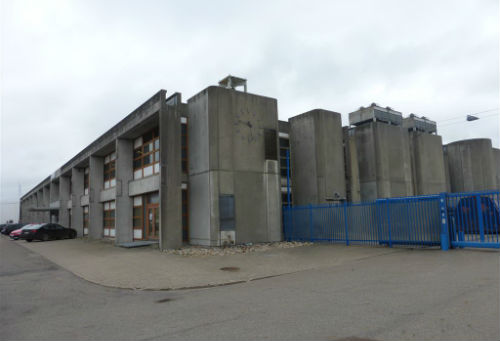 Figure 1: In Denmark, a pre-cast concrete frame is the norm

One of our Danish contacts – who provided us with a wealth of local knowledge – offered a possible explanation. Because of low winter temperatures, buildings must be designed to withstand the presence of snow over long periods.

Equally, the prevalence of concrete might also be attributable to concerns about thermal mass. Metal sheds can get unbearably hot in the summer, while for a similarly sized concrete building temperature fluctuations are less pronounced. This may, in turn, mean there is less reliance on mechanical cooling, although the environmental sustainability of concrete has been subject to criticism.

Almost invariably, the units we inspected incorporated pre-cast composite panel cladding, with and without insulation.

Most of the roofs were built-up mineral felt, which usually incorporated good levels of insulation. Where these had been re-felted, the work had been done to a very high standard.

However, legislation in Denmark means that any work to roof coverings that involves replacing more than half of it necessitates the thermal upgrading of the entire roof to current building regulations standards.

During the course of our inspections, we saw a significant number of roofs that had had work carried out under the 50% threshold, presumably to avoid the expense of upgrading the roof as a whole. This piecemeal approach is far from ideal and can lead – quite literally – to a patchwork of repairs carried out over the long term.

Many of the units had large windows, presumably to let in as much natural light as possible, especially in the winter months when the sun remains low in the sky. Perhaps not surprisingly, given that Denmark is the home of one of Europe’s largest producers of glulam – glued, laminated timber beams and columns – use of this material was also widespread.

We felt that the overall standard of construction was very good. The initial investment in quality construction is likely testament to the fact that most leases require the tenant to carry out internal repair, with the landlord retaining responsibility for external repairs, as well as district heating systems in some cases. However, with no service charge mechanism, we did see evidence that the initial investment had been eroded over time by lack of maintenance.

This was clearly something that needed to be flagged up to our client, who was in the process of negotiating purchase of the freeholds. A full breakdown of the liabilities and costs they would be taking on, and when these might be expected, was crucial to the ongoing discussions over price.

Since that initial phase, we have subsequently been instructed to survey a further 173 units in Denmark and similar portfolios in Germany, the Netherlands and Poland, demonstrating that there are plenty of opportunities for UK firms to provide building surveying services across the European mainland. Indeed, the growth in demand and the need for local specialists is such that we opened our first office on the continent – in Madrid – in September last year, with more in the pipeline.

However, while much of what we do in the UK is directly transferable to instructions on the mainland, there are clearly differences – not least in construction types, building regulations, laws governing the built environment and cultural issues. Before proceeding with an instruction outside the UK, surveyors must ensure that they are aware of those differences and careful to work within their capabilities and knowledge base.

Robert Ballantyne is a partner at Malcolm Hollis