The dramatic fire at the Address Downtown Hotel in Dubai on New Year’s Eve was widely reported and, as the latest in a spate of high-rise fires, it has renewed fire safety concerns in the United Arab Emirates (UAE). The fire appears similar to a series of recent blazes in the region all attributed, in part, to the use of aluminium composite panels (ACPs).

ACPs comprise 2 sheets of aluminium bonded to a non-aluminium core to form a product that can be fixed to the exterior of a building as a facade. They are widely used in high-rise construction projects because of their uniform aesthetic, low maintenance requirements and ease of installation.

However, not all ACPs are the same. It is thought that those implicated in the recent fires may be of a non-fire-rated type containing a flammable plastic core. While generally safe, non-fire-rated APCs can be extremely flammable once exposed to a source of ignition. Such panels have been banned in the UK and some other markets since the 1980s, but nevertheless continue to be available elsewhere. But it is difficult to distinguish between fire-rated and non-fire-rated ACPs visually once installed, so there may well be many in use that are not identified. 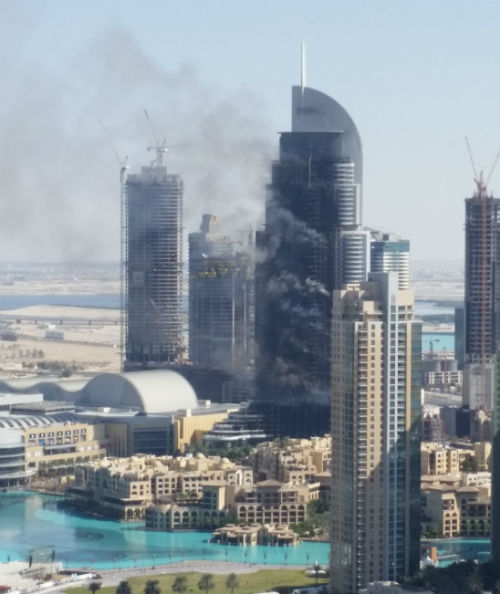 Figure 1: The day after the fire at the Address Downtown Hotel, Dubai

An annexure to the 2012 UAE Fire & Life Safety Code of Practice (the code) made the use of fire-rated ACPs compulsory on all new buildings over 15m tall to help fire prevention.

Therefore, unless it is possible to confirm that fire-rated ACPs were used, there is a risk that non-fire-rated ACPs may have been installed before 2012, whether intentionally or not.

At present, the code only recommends, rather than requires, that owners have existing building facades evaluated through the Civil Defence House of Expertise, and makes no mention of what further works may be necessary.

However, it was announced in January that an updated code is to be published later in 2016, making owners, developers and consultants responsible for identifying and dealing with fire hazards. Furthermore, it is understood that the updated code may require facade testing, potentially placing more duties on surveyors, among others. Additional post-completion responsibilities are also being considered.

It has been reported the authorities will now be surveying all buildings to ascertain whether they are fire-resistant following the Address blaze, and this may require remedial works to these buildings. There is a risk that owners and developers will subsequently seek to recover the cost of any such alterations from the design and/or construction teams and their insurers.

Given the speculation surrounding the new code, it is recommended that the following points are considered in relation to projects that were completed before the existing code came into force in 2012.

Unlike the UK, where there is unlikely to be a duty to warn in respect of completed projects, the position under UAE law is unclear, especially given the duty to act in good faith implied in all contracts subject to that law. The updated code may clarify the position on fire safety.

Those charged with inspection or approval duties would be wise to stay abreast of developments in relation to the updated UAE Fire Safety Code due in March and the implications that this may have.