Flooding: adapting to the rising challenge

The built environment needs to adapt to the rising challenge of water, as Richard Coutts explains

Water has always shaped our built environment and will continue to do so. We depend on it; we use it; we live with it; and, consequently, we must also respect it.

In both its absence and abundance – drought and flooding – water will pose one of the most serious challenges to society in the 21st century and beyond. However, it can, through considered design, be used to create beautiful and resilient cities.

This winter, the failure of recently constructed UK flood defences in northern England was exposed during floods in Cumbria and Yorkshire. Combined with a higher frequency of storm events over the last decade, this has contributed to a growing realisation of the uncertainty around weather patterns and an awareness that reliance on traditional flood defences alone is not working.

With Environment Agency Deputy Chief Executive David Rooke asking for a “complete rethink”, it is timely that Aquatecture: Buildings and cities designed to live and work with water by myself and Robert Barker was published by RIBA in January.

Fundamentally, ‘aquatecture’ seeks to make space for water in developments rather than trying to keep it out. The book illustrates how this is being done with examples from around the world, as well as providing examples of the opportunities that water can offer.

It is intended as a non-technical introduction to designing with water for policy-makers and professionals, based on an updated version of our Long-term Initiatives for Flood-risk Environments (LifE) Project, and the findings of complementary research undertaken for the Environment Agency, Technology Strategy Board and World Bank.

It also introduces the reader to a range of new techniques that rethink the way we tackle water through design and planning, such as flood-resilient and amphibious building, zero-carbon development, sustainable urban drainage systems (SuDS) and new methods of waterfront design.

The book is organised into four disciplines – infrastructure, landscape, planning and aquatecture – that are explored individually then brought together in case studies at the scales of region, city, neighbourhood and building.

In 2005, we established the LifE Project, an integrated design approach to planning and building that seeks to reduce flood risk through sustainable design. It adopts a non-defensive approach to flood risk management, promotes the creation of space for water, and upholds the highest environmental design standards.

New developments built according to the LifE principles would reduce overall flood risk, help to mitigate the effects of climate change and deliver high-quality, sustainable and resilient settlements. The LifE Project received UK government funding through the Department for Environment, Food and Rural Affairs Innovation Fund in 2007. An expert team sought to establish and test the LifE principles by masterplanning three sites in the UK, although the principles are transferable to other countries.

Fundamental to the approach is a shift from traditional flood prevention towards a less defensive approach. Space is made to store water, and for water to flow through predetermined parts of settlements without significant disruption to people. The space between buildings, which is designed to flood, could provide other functions when not flooded, such as recreation or energy generation, in a multifunctional way that demonstrates integrated planning.

The approach is based on three essential considerations:

The proposed response is illustrated by three intersecting approaches that incorporate the LifE principles:

At the centre of the Venn diagram (see Figure 1), the principles converge in an holistic approach, integrating planning, architecture, landscape and engineering to create multifunctional spaces and buildings and provide storm and floodwater attenuation when necessary. 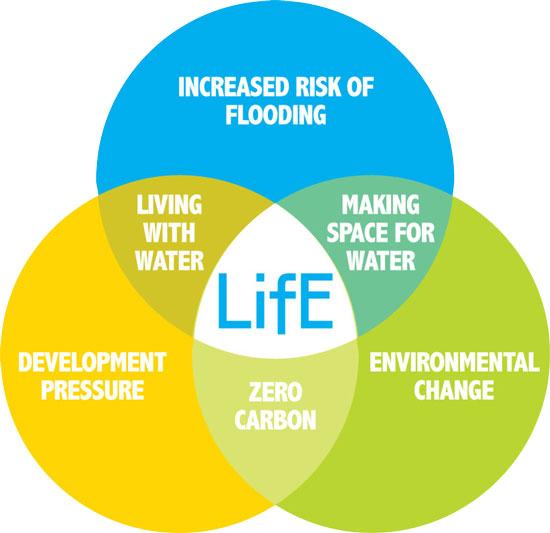 These principles underpin the design philosophies of the architecture, masterplans, and landscape and engineering solutions used in aquatecture. They are illustrated at a range of scales through case studies that show how the LifE approach may be applied to create resilient communities.

Individual properties may require flood protection where it is not possible to reduce the risk of flooding through planning or landscaping measures alone, or where there is a residual risk. Historic buildings or key buildings such as hospitals, communication hubs or safe havens may also need protection.

Five main approaches to tackling flood risk at building scale have been identified. 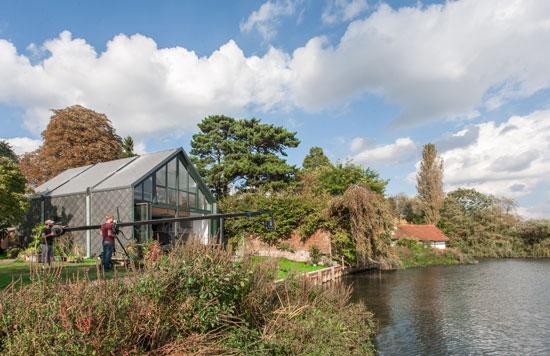 In 1993, heavy rainfall led to flooding in Limburg in the South East of the Netherlands. In 1995, water in the Dutch river and dyke system rose to such alarming levels that a quarter of a million people were evacuated from their homes. This close call led to a shift in approach, from holding out water through defensive means to acknowledging that space for water was needed; thus, the Room for the River project was born.

The Dutch government identified that the discharge capacity of the river system had to be increased to cope with heavier discharges than previously anticipated, in response to climate change. This needed both a national and regional approach, in particular in the Maas/Rhine river deltas – IJssel, Waal and Nederrijn. It also involved 17 partners, including Rijkswaterstaat, the Dutch Department for Public Works and Water Management.

The Room for the River project involves a range of measures, including relocating dykes, lowering floodplains, enlarging the river channel, removing obstacles to flow such as groynes or bridge supports, and flood-relief channels.

Although these approaches require considerable engineering, another, overarching objective was to improve the environmental quality of the river system.

One of the key projects is located on the River Waal between Nijmegen and Lent (see Figure 3). Nijmegen is located on a pinch point in the river, around 17km downstream of Germany; it will see a €365m new flood-relief channel and dyke installed to reduce the risk of flooding regionally and help support the redevelopment of Lent. 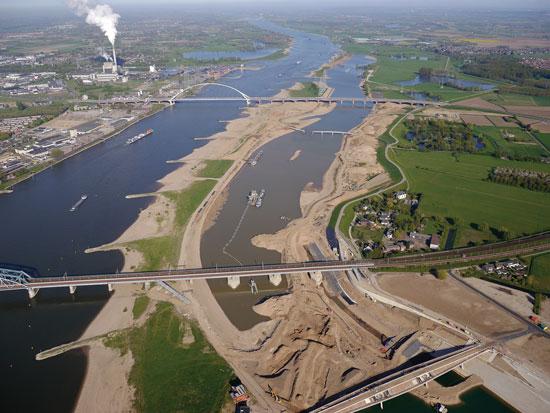 Figure 3: Nijmegen, the Netherlands: aerial view of the relief channel

Baca Architects was engaged to provide landscape and development ideas for the island created by the new waterway. The proposals for an eco-tourism destination embrace both the water and the landscape with recreation facilities and innovative flood-proof buildings on the waterfront.

This major engineering project has been the catalyst for new homes, transport improvements and landscaping; this benefits the city and wider region, as well as the local environment. By considering the potential broader benefits from the start of the project, a more integrated solution has been found rather than just a cost-driven one.

This shows that managing increased flood risk can simultaneously help reduce pressure for development and provide environmental benefits. Construction on the flood relief channel began in 2013 and is due for completion this year.

As first the motor car and then health and wellbeing transformed 20th-century town planning, in the 21st century it will be water that shapes our communities. Unless we begin to address the effects of flooding and drought now, the consequences are likely to worsen over the coming century. Aquatecture offers an alternative approach to traditional flood defence-based solutions in an accessible way, and highlights opportunities for innovation across the construction sector.

Download a complete “Flooding: adapting to the rising challenge” PDF