Most deaths in earthquakes are due to poorly designed and constructed buildings, as Robin Cross explains

The devastating earthquakes that struck Nepal in April and May 2015 killed nearly 9,000 people and caused extensive damage across the country. A year later, the country still faces an enormous reconstruction challenge. The earthquakes significantly damaged 750,000 homes, while 28,572 classrooms in public and private schools were totally destroyed or damaged beyond use.

For years, the international community knew that another big earthquake was due in Nepal. The disaster is that we did not prepare sufficiently. In a world of increased urban densification, rapidly expanding informal settlements and development that outstrips a government’s ability to enforce standards, it is poorly designed and constructed buildings rather than earthquakes that are the real threat. 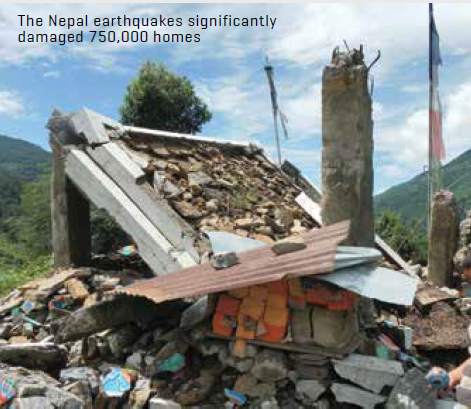 Figure 1: Aftermath of the Nepal earthquakes

Around three quarters of all deaths in earthquakes are due to building collapse. Low-cost and informal temporary buildings are most likely to fail, meaning that earthquakes disproportionately affect the poorest in the community, and usually leave them even poorer. The technology and skills to almost eliminate this scale of fatality are available, yet they are not reaching the people who need them most. Earthquakes are not just a natural crisis: they reflect a poverty crisis.

Where buildings are the problem, builders and designers are the solution. We need to help countries build back better, using our knowledge to make the built environment safer. If we do not, the rebuilding will be done in an ad hoc manner, without safe design and construction, and the community will be locked into a cycle of vulnerability that exposes them to the next earthquake.

Knowledge about resilient reconstruction is not lacking in Nepal. It experiences several small to medium-intensity earthquakes a year, it has a National Society for Earthquake Technology, and has created a set of building safety standards. But disaster funding remains reactive, with the majority of spending going towards short-term responses. In 29 years, the Global Facility for Disaster Risk and Recovery (GFDRR) allocated only 2% of total development assistance to disaster-related activities. Of this, only 3.6% was for disaster prevention and preparedness.


We have the technology and skills to make a difference between thousands of deaths and no deaths, but lessons are not being disseminated far enough.

International cooperation needs to focus on preventing disasters proactively. We have the technology and skills to make a difference between thousands of deaths and no deaths, but lessons are not being disseminated far enough. Physical resilience must be permanently embedded throughout all development, not just in the months or years after an earthquake. It is not a question of whether another earthquake will strike, but rather when. Only comprehensive strategies will be able to prevent another disaster.

Building projects development charity Article 25 is currently working with local partners in Nepal to improve the quality and seismic resistance of a major hospital. In this work, the charity is applying skills and experience in building safely in hostile environments that it has developed during the last decade.

In the aftermath of the 2005 earthquake in Pakistan, Article 25 delivered hundreds of earthquake-resistant homes, bringing the construction industry’s valuable skills to work for the poorest in the country who would never otherwise engage an architect or engineer.

Article 25 is also in Haiti for the long haul, delivering schools and community buildings that will not collapse when the next earthquake comes. All of this is only possible through the support of the UK’s private-sector construction industry, without whom Article 25 would not exist.

The devastating earthquakes last year won’t be the last to hit Nepal, and many experts think they are forerunners of a bigger earthquake yet to come. We should take this as a warning. It is a call to arms for the construction industry to flex its moral muscles and use its skills where they can save lives.