Dampness in homes: types of humidity

Who are the moisture producers?

How do we quantify the level of dryness and dampness in our homes? And how is an occupancy classed as dry, moist or wet?

I have previously discussed the effects of design, construction and retrofits, and their impact on raised moisture levels in habitable spaces. However, use and occupation of a dwelling is often the most crucial aspect of determining whether we live in a dry, warm home with adequate ventilation, or a wet, cold one with poor ventilation that contains harmful mould.

Use and occupation of a dwelling is often the most crucial aspect of determining whether we live in a dry, warm home with adequate ventilation

BS 5250: 2002 Code of practice for control of condensation in buildings is the main guidance to help classify a home as dry, moist or wet, and how to measure these conditions. Table 1 defines the moisture content of air; for example, a sole occupancy is wet if the internal air moisture content hits 9kg/m3. 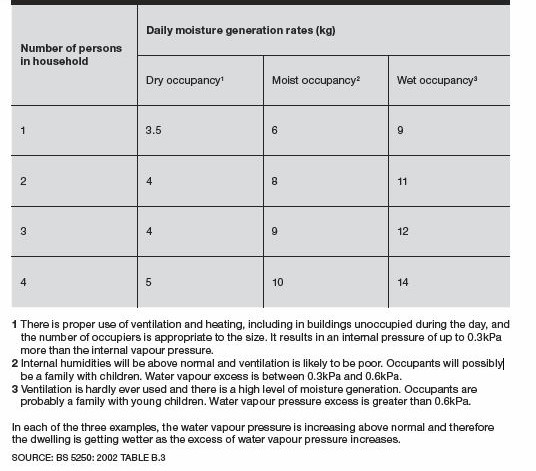 Sections 325 and 326 of the Housing Act 1985 set out two important standards. The former, the room standard, is contravened when the number of people sleeping in a dwelling is too great and 2 people of opposite sexes who are not living together as husband and wife must sleep in the same room. The standard does not count children under the age of 10, but states that a room is available as sleeping accommodation if it is normally used in the locality either as a bedroom or a living room.

Section 326, the space standard, is contravened when more than the permitted number of people sleep in a dwelling, having regard to the number and floor area of the rooms available as sleeping accommodation. The standard does not count a child under the age of 1, while a child aged between 2 and 9 is counted as half a unit. Children aged 10 or more and adults are counted as 1 unit.

It also states that a room is available as sleeping accommodation if it is of a type normally used in the locality either as a living room or a bedroom. Rooms of less than 4.65m2 are not considered. The permitted number of persons in a dwelling is the lower of: 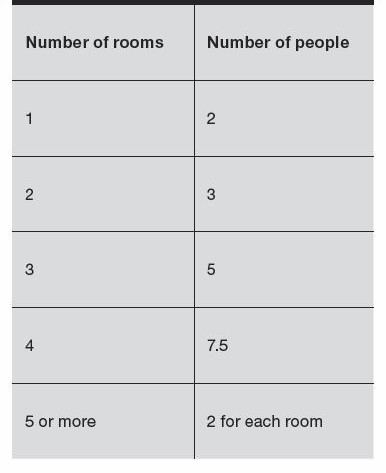 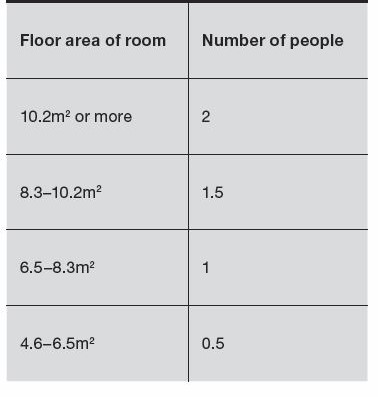 Table 3: Ratio of floor area of room to number of people

If these criteria are not met it can lead to overcrowding, and an increased risk of condensation when occupiers produce higher amounts of moisture, especially in smaller rooms. An underoccupied property, where unused rooms are rarely heated and moisture migrates into the cooler rooms, is also at risk.

Typically, a moist or wet home would be underheated, inadequately ventilated and possibly house younger children; it could also be statutorily overcrowded. The occupiers could well be on low incomes and, due to its poor thermal performance, the dwelling could be difficult to heat. This may place the occupiers in fuel poverty, which occurs when they spend more than 10% of their disposable income on heating the home.

Other moisture risks include:

These factors result in mould forming on walls, windows and ceilings. Mould growth indicates that internal humidity relative to internal temperature exceeds 70% relative humidity, and there is too much water vapour in the internal air.

Table 4 provides the typical moisture output from normal daily household activities. We can see from Table 1 that the moisture from even a sole occupant can quickly add up to 9kg/m3 to classify a building as a wet occupancy. 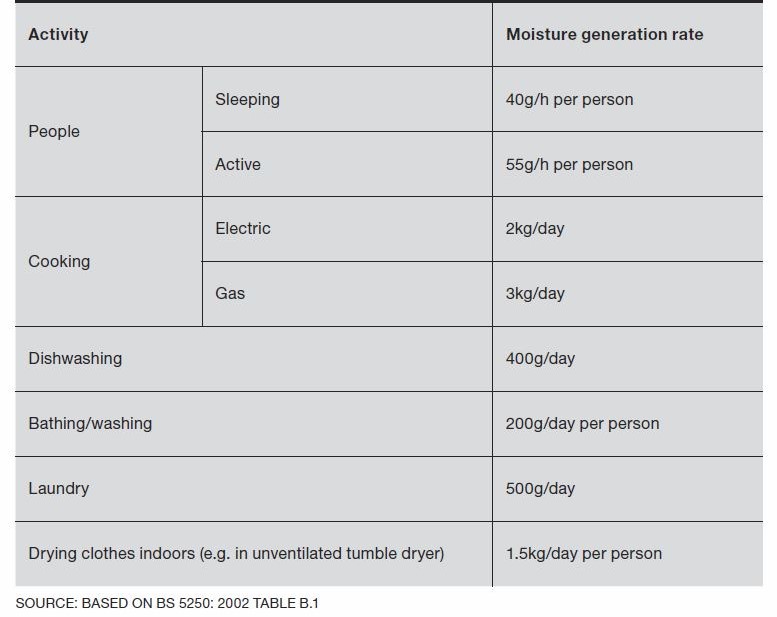 Table 5: Saturation levels of 1m3 of air at different temperatures

The warmer the air, the more moisture it can hold, and so it expands, meaning it effectively migrates from a wet room into the other habitable, colder spaces. This usually occurs during the winter, when water collects on bedroom windowsills – often because vapour-laden air has not escaped from the poorly ventilated buildings and stays in the dwelling to condense on surfaces below the dew point.

In the next issue, we will look at how to measure these internal conditions, consider a case study of a flat with significant mould, and ask what this means for surveyors.

Mike Parrett is a building pathologist, chartered building surveyor and founder of Michael Parrett Associates. He is an eminent fellow of RICS and the lead author on the Damp section of isurv

Download a complete “Dampness in homes: types of humidity” PDF