There is rarely one definitive answer to choosing the right procurement strategy and contract. Site constraints, fixed budgets and risk allocation are just some of the considerations that affected how our respondents opted for their preferred contract strategy, based on the given scenarios.

A client has a fixed budget for their new build project and any unexpected overspend would be difficult. Detailed ground investigations have been carried out and the foundations fully designed to suit the conditions, which will hopefully remove any risk of encountering unforeseen ground issues. The client has decided to design the remainder of the scheme fully before seeking competitive tenders. At this stage, however, the client is uncertain about the final design for the office reception area, in particular the reception desk.

ML: Assuming the overall nature and extent of work proposed is relatively simple and without complex installation, I would choose the JCT Intermediate Building Contract with contractor’s design (ICD). The intermediate contract is particularly appropriate as it relies on the procurement of sufficiently detailed tender information that adequately defines the quality and quantity of work required. This provides tendering contractors with the opportunity to return a fixed price. The contract with contractor’s design accommodates the use of named specialists, and provides for design of a discrete part, or parts, of the works by the contractor – well-suited in relation to fitting out the office reception area.

JM: As the client has a fixed budget I would recommend a traditional procurement route: competitive tendering with a lump sum, fixed-price contract and a detailed bill of quantities based on the specifications.

Standard form contracts, such as those published by JCT or the Scottish Building Contracts Committee (SBCC), would be the most suitable in this scenario to keep legal costs to a minimum. The client should ensure that any bespoke requirements are reflected in the contract particulars, and in any associated amendments.

The client should procure an experienced design team to prepare tender documentation, including a bill of quantities, from the clients specifications – although costly, it would avoid unexpected overspends on the project as it progresses. As the design of the office reception area has not been finalised, the client should include a provisional – and within budget – sum in the bill of quantities for the reception area.

NT: A traditional procurement route is best suited to this scenario as the scope will be almost fully defined when the tendering process begins. The client, in this scenario, will then benefit from price certainty, competitive fairness and a transparent process.

I would choose the JCT Standard Building Contract Without Quantities (SBC/XQ) including Contractor’s design portion (CDP) for the reception area. This form of contract allows the client to maintain control of the design by providing the selected contractor with drawings and work schedules to define the scope and quality of work. The risk to the client budget is significantly reduced with this form of contract because the contractor takes on the cost risk. A contract sum is included in the contract, instead of a bill of quantities, eliminating arguments regarding quantity fluctuations. For this to work effectively, the quantity surveyor should obtain a breakdown of the contractor’s rates so any variations can be valued.

A major new-build residential development is planned on a brownfield site with existing buildings still on site. Planning consent has been obtained for the demolition of these buildings. The client’s design team is working on the outline masterplan, with a view to seeking planning consent for the subsequent residential development. The developer would like the scheme, which is likely to be a phased release of houses to market, completed as soon as possible. 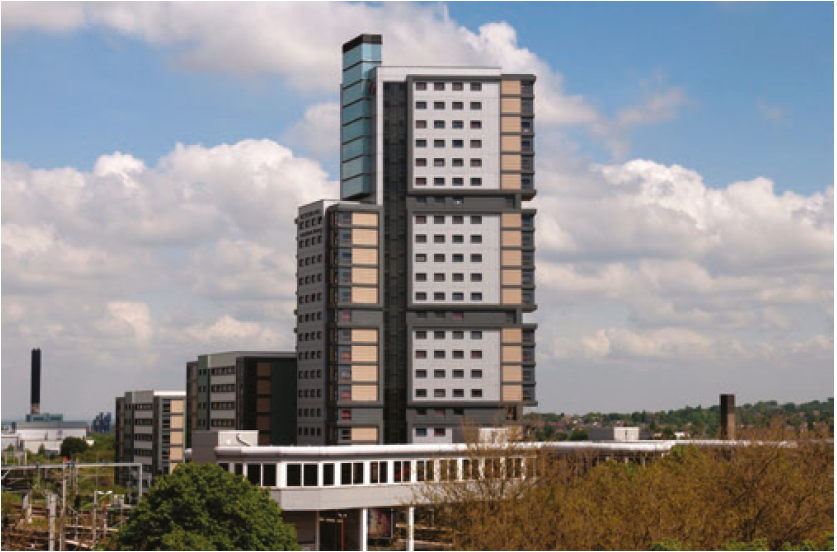 Figure 1: Modular buildings are often chosen for student accommodation as the speed of construction can mean quicker access to income

ML: In relation to design development and procurement of the works, this project is very much in its infancy, and this level of uncertainty is a major influence on cost. As a new-build residential scheme, it is understandable that the developer is seeking the earliest possible start on-site with completion of the works in phases, to allow for a phased release.

Although time is highlighted as the key driver in the procurement process, the development site is described as a brownfield site. This is a risk, which in terms of expediency may be better placed with the contractor rather than the client. By allocating both the design and construction responsibilities of a project to an experienced contractor, the necessary control measures and procedures become streamlined.

A JCT Design and Build Contract (DB), coupled with a two-stage tender process, would therefore be my choice for this scenario. The tender process allows the selected stage one contractor to work with the design team to explore buildability issues and value engineering opportunities. The design consultants can be novated by the contractor during the stage two tender process.

By allocating both the design and construction responsibilities of a project to an experienced contractor, the necessary control measures and procedures become streamlined

I would recommend a lump sum contract, with the lump sum including everything required in the demolition works, including disposal of any contaminated materials.

For the residential development construction works, a standard form building contract with a bill of quantities would be most appropriate. The contract should include limited to no contractor design, allowing the client’s design team to maintain control over the design. The contract would also need to provide an overall price per house type to allow for early release. To allow for changes in market conditions, the contract should also provide for the works to be stopped and subsequently recommenced to prevent time and cost issues, and to allow flexibility.

The client is introducing an additional lane to an existing motorway which is over 50km in length. They must ensure that the existing heavy traffic flow is successfully maintained during the project.

NT: Time and quality are the key drivers for this project so that disruption to motorists is minimised. Therefore, a design and build procurement route is the most suitable approach.

There are several constraints that could affect this project: land agreements, drainage connections, bridges, culverts, statutory diversion and other infrastructure that may require modifications or construction to accommodate the additional lane. I would choose the NEC4 Professional Services Contract (PSC) to carry out all pre-construction activities in the first stage of the development, and the NEC4 Engineering Construction Contract (ECC) Option C, a target cost contract with activity schedule to include construction, testing and commissioning of the works, followed by handover and close-out of the contract.

Under the ECC Option C, the financial risks are proportionally shared between the client and the contractor. Therefore, the contractor is motivated to deliver the works in the most cost-efficient way. The design can be signed off in stages, allowing for the overlap of design and construction. Sectional completion dates can also be agreed, and delay damages included to protect the client’s programme.

The use of NEC suites will promote collaboration through the early warning mechanism; improved opportunity and risk management; provision for building information modelling; and a streamlined process. This will depend on a robust cost control process through contract administration in line with the NEC early warning and compensation event process. The client will have visibility of potential risks before they materialise, mitigation measures applied in collaboration with the contractor and any potential additional costs will be known in advance.

A developer and asset management company has acquired a large portfolio of occupied commercial buildings across the UK. They have established that they need to put arrangements in place for the maintenance, repairs, renewals and minor projects across the portfolio, which they anticipate holding on to in the medium- to long-term.

SG: I would utilise a National Framework Agreement for Small to Medium Works. As the work is throughout the UK and the portfolio is large, this agreement lends itself to appointing either one or two national contractors who can cover the UK and provide maintenance, repairs and small works. Alternatively, if the client is more hands on, a series of regional contractors could be appointed.

The key will be ensuring that the contractors have sufficient internal resource, combined with a good supply chain of subcontractors to cover the volume of work, and adequately deal with emergency call outs when necessary, which is critical to the continued functioning of commercial buildings.

NT: Due to the large volume of works, the client will require a contract that provides flexibility and meets their value drivers: a proportionate amount of cost savings, an ability to administer the contract while rationalising administration and considerations of variable programme length. I think a contract relating to the facilities management sector would be most suitable and would choose the JCT Measured Term Contract (MTC) for this scenario.

For this form of contract to work effectively and efficiently, the client will have the scope of works produced by their design team. The client’s quantity surveying team will then produce detailed pricing schedules in line with RICS New Rules of Measurement 3 – order of cost estimating and cost planning for building maintenance works. The pricing schedule forms part of the contract, providing the client with cost certainty. There is an opportunity to review the pricing schedule at various points during the contract term, as agreed by both parties.

The contract also reduces the need for a dedicated contract for each element of work and instead administration is rationalised, which reduces professional fees and improves efficiency as it best suits a wide geographical use, as in this scenario.

A university has been advised that the only viable solution to having new-build student accommodation built and open in time for the start of the next academic year is to use modular build. However, the proposed site is constrained by existing teaching buildings and research laboratories nearby.

SG: Student accommodation is an income stream for the university and it is important it is delivered on time and on budget. If a modular build has been considered, it is likely the size and scope of the accommodation is well defined. The client is aiming to transfer the delivery and logistical site risks to a contractor, so I would recommend a single-stage design and build procurement route and the use of a design and build contract.

A competent contractor with a good modular build supplier should be able to both programme and deliver a project of this nature. Given the lead in periods associated with off-site manufacturing of modular accommodation, the university could place an order directly with a manufacturer ahead of appointing a main contractor.