Ground rules for drone use

With the capacity to provide an ever-evolving range of functions, drones will only be able to fulfil their potential with a stronger regulatory framework and restored public confidence in the industry

Since the drone incidents at Gatwick and Heathrow Airports in 2018, along with public concerns relating to terrorism, privacy and security, the perception of drones has hit rock bottom. At the same time, there are numerous predictions for the growth and value of the industry, along with the benefits drone use brings to the economy and society. Public buy-in is therefore going to be essential if the industry is to fulfil this potential.

Usage, if not public image, is certainly on the rise: in mid-2014 there were 359 people in the UK permitted to operate drones of up to 20kg. By September 2015, this figure had jumped to 1,036, and as of February this year there were around 5,000 permitted operators in UK airspace.

There are a number of different types of drone designs:

The latter two forms have vertical take-off and landing (VTOL) capability. In terms of safety, a 6- or 8-motor multi-rotor drone will usually keep flying when 1 or possibly even 2 motors fail; however, a quadcopter, with 4 motors, will fall to the ground if one of these fails. Multi-rotor drones can hold their position in the air, assuming they have an on-board GPS as most now do, which makes them particularly useful and safe in confined areas or those requiring controlled use, such as towns and cities, or when inspecting infrastructure, buildings or bridges and so on. 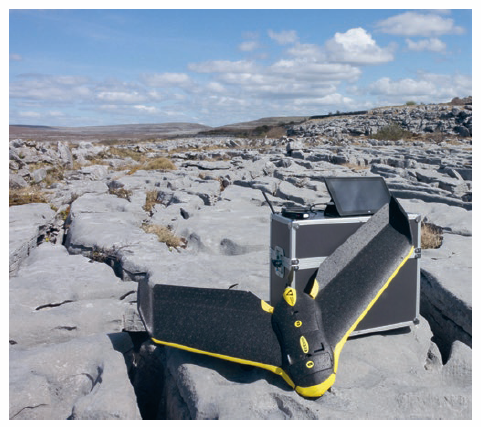 Figure 1: This fixed-wing eBee was used to map a karst landscape

The typical drone is battery-powered and manoeuvred by propellers. Flights are limited in range and time by the battery life, payload, line of sight and regulatory constraints, along with the radio signal to the controller. Drones now generally come with specifications and features previously only available on high-end and expensive vehicles, such as avoidance sensors, gimbals and microprocessors, for holding a camera or sensor and stabilisation. As a drone’s flying capability and ability to carry a heavy payload reliably are key, manufacturers are reducing the size of sensors to a suitable weight.

Small, flexible, easy to handle and comparatively low in cost, drones also produce no direct emissions. They are advantageous because they provide information in close to real time, offering a better understanding of the environment and dynamics, improved safety, decreased costs and reduced survey time, improving site or asset management. Drone operators can also generally work around weather, such as clouds, that limits other remote-sensing platforms.

Considering all these advantages, it is no surprise there is advanced research into drones use across a number of domains including energy, safety and security, construction, mining, quarrying, oil and gas, agriculture, insurance, real estate, industry, transportation and environmental monitoring. Universities are leading the charge in innovative use of drones. Standardisation of product manufacturing, operations and procedures, data processing and analytical software is increasing.

The commercial use of drones continues to gain momentum as multiple domains now see them as just another tool, an impression aided by decreased cost and increased reliability. Exponential growth of the industry is already happening. As the hardware integrates with software, uptake by individual operators and large organisations will increase. Software options for processing drone data include licensed, cloud-based and open-source.

With time and the standardisation of drone technology such as flight planning and geo-fencing – a software feature that uses GPS to define boundaries – along with the continued evolution of regulations, drone use will become more widespread and efficient. Standardisations will lead to reliability, along with advances in automated flight and data collection, while analysis methodologies will see the more risk-averse user adopt drone technologies into existing workflows.

The aviation industry is renowned for its dedication to safety, and in relation to drones, the primary aim of the Civil Aviation Authority is to enable the full and safe integration of all operations into the UK’s airspace. Regulations are now being developed to achieve this.

Currently, the drone industry is regulated under the Air Navigation Order 2016 and the Air Navigation (Amendment) Order 2018. As the former regulates air navigation, flights inside buildings for roof or internal building inspections, or areas where the uncrewed aircraft cannot exit into the open air, are not subject to legislation. However, some of the provisions in the amended order covering indoor use came into force on 30 July 2018, with more due to take effect on 30 November this year. At the time of writing the government also intends to bring forward a new draft drones bill, following consultation last year to develop policy and regulation around the use of the technology and set out the next steps needed to ensure the safety and accountability of the industry.

Links between the different parties involved with drones – manufacturers, practitioners, regulators, governments and standards bodies among others – have grown stronger in recent years, supporting the foundations for the growth of a safe, secure and fully accountable industry.

Drones and associated workflows will eventually come as a complete package, as some do already, ensuring compliance with standards in manufacturing, pilot competency – if a pilot is required – safety and regulation, as well as approved methodologies for automated data collection and analysis. Ongoing developments in regulation will ultimately ensure safety, security and accountability. Advances in artificial intelligence and machine learning will also see automated approaches to analysing gigabytes of image data, which will be particularly useful in the infrastructure inspection market.

As the dots are joined in the coming years, drones will likely be used for everyday tasks such as fertilising crops, monitoring traffic in urban areas, delivering packages to remote rural regions, or carrying out express deliveries in urban areas and emergency deliveries of medical packages such as defibrillators or blood.

NHS Highland is working with Highlands and Islands Enterprise and the University of the Highlands and Islands on a project that could see drones potentially pick up and deliver items across its regions. In some areas drones may be faster than current transport methods, and may reduce associated carbon dioxide emissions in cities. Research is currently being carried out into using drones to take water samples from lakes and rivers and air samples from volcanoes, carry passengers or house nozzles for 3D printing, among other potential uses.

If drones are to be integrated into society, though, we need to ensure their safety, reliability and accountability. The necessary systems are developing apace as technologies improve and regulation is strengthened.