In my job at the Environment Agency, I spend a lot of time planning for the effects of the changing climate. I know I am not alone in this: whether you work in the private or public sector, climate change is making everyone consider how we prepare for an uncertain future.

The evidence for rising sea levels and increasing global temperatures is well documented. Coastal communities face the loss of great swathes of coast to the sea within decades. The latest UK climate projections, published in November 2018, estimate that the UK’s highest sea level rise will be in London. By 2100 we could see an increase as high as 1.15m.

In January 2018, the UK government published its 25-year environment plan, the goals of which include creating a ‘cleaner, greener country … using land more sustainably’ and establishing ‘what is necessary to adapt to the effects of a changing climate, improving the resilience of infrastructure, housing and the natural environment’. This requires strategies not only to protect and enhance the natural and built environment but also to adapt to the effects of climate change across all sectors, from development and construction to food and agriculture.

This is at the forefront of our work at the Environment Agency, but it is not something that we can tackle alone. Projected levels of growth in London offer an opportunity to work together to create a built environment that can be adapted to a changing climate. The Environment Agency and its partners – including riverside councils and bodies such as the Greater London Authority and the Department for Environment, Food & Rural Affairs – have been working hard to implement the Thames Estuary 2100 Plan.

Approved by the government in 2012, this is a long-term tidal flood risk management strategy designed to protect 1.3m residents and £275bn worth of property and infrastructure at risk of tidal flooding in the Thames Estuary. It sets out how risk-management and planning authorities, developers and landowners need to work together to tackle the challenge of increasing tidal flood risk.

A replacement for the Thames Barrier will be required by 2070

Many of the 350km of flood walls and embankments, 9 flood barriers, numerous flood gates and other structures that work in conjunction with the Thames Barrier to protect the estuary will need to be replaced or improved over the next 50 years. The barrier itself is expected to need replacing by 2070 as well.

Although the plan includes proposals for managing flood risk in the long term, many of the recommendations require action now – and not only from those of us who are directly involved. Professionals and communities with an ability to influence future land use, planning and development, including surveyors, all have a role to play.

One option for managing tidal flood risk in the estuary is to increase the height of existing walls and embankments. However, we also want to ensure Londoners do not become disconnected from the river and the historic, cultural, social and economic value attached to it. Instead, we want to work with those who are developing the riverside now to incorporate effective defences in a more natural, visually appealing way, increasing access to the riverside, creating habitat, improving well-being and enhancing quality of life for people living and working on the Thames. We are looking to work with planners, developers and anyone who has an interest in the built environment of the Thames to develop a riverside strategy: an holistic approach to development that incorporates flood defence improvements while ensuring sustainable growth.

We are already seeing this approach with the Charlton Riverside Masterplan, a vision for redevelopment in this part of the Royal Borough of Greenwich. The development incorporates flood defences that are set back from the river’s edge, along with green spaces and well-planned housing and commercial development.

Investing in flood defences will mean greater protection against the increasing threat of rising sea levels and extreme weather events, but is also an opportunity to enable sustainable, green growth. This not only embraces the government’s 25-year environment plan, but is echoed locally by the Mayor of London’s recently updated London Environment Strategy.

Flood risk management in London is not just about building walls to hold back water, but working with natural processes to slow water down

As we approach the 10th anniversary of the Thames Estuary 2100 Plan’s development by the Environment Agency and our partners, we are beginning work on our 1st full review. This is an opportunity to take stock of everything that has changed in the estuary during this time, both in the physical and social environment, and to check that the original recommendations remain relevant. It is also an opportunity for others to get involved in managing increasing tidal flood risk and fulfil our wider ambitions for a riverside that not only protects the communities along it but also creates habitat, provides access, and improves well-being.

The threat of flooding in London doesn’t just come from storm surges and rising sea levels. We are seeing extreme weather events such as sudden heavy downpours happen more frequently as the climate changes. In urban areas this can lead to surface water flooding when rainfall overwhelms drainage systems. As a high-density urban environment served by a Victorian sewer system, London is particularly vulnerable. Around 70,000 homes and businesses are at high risk of surface water flooding in London, 7 times more than those at high risk of flooding from rivers and the sea.

The Environment Agency takes the lead in managing fluvial and tidal flooding, while unitary or county councils are responsible for managing surface water flooding risks. However, in reality, joined-up working across different professions will be needed

Firs Farm Wetlands in north London create a habitat that helps reduce both surface water flooding and pollution of the watercourse to address and adapt to these risks. These challenges also create opportunities for innovation, which will ultimately lead to better places to live and work in the capital.

Flood risk management in London is not just about building walls to hold back water. It is also about working with natural processes to slow water down before it gets into the drainage system. Natural flood management systems are a part of this process, representing a greener approach to flood risk with a great potential to bring organisations, businesses and communities together.

Firs Farm Wetlands, Park and Playing Fields at Winchmore Hill in north London are an example of this greener, more inclusive approach. Led by the London Borough of Enfield with support from the charities Friends of Firs Farm and Thames 21, this site combines flood storage areas with wetlands (see Figure 1). 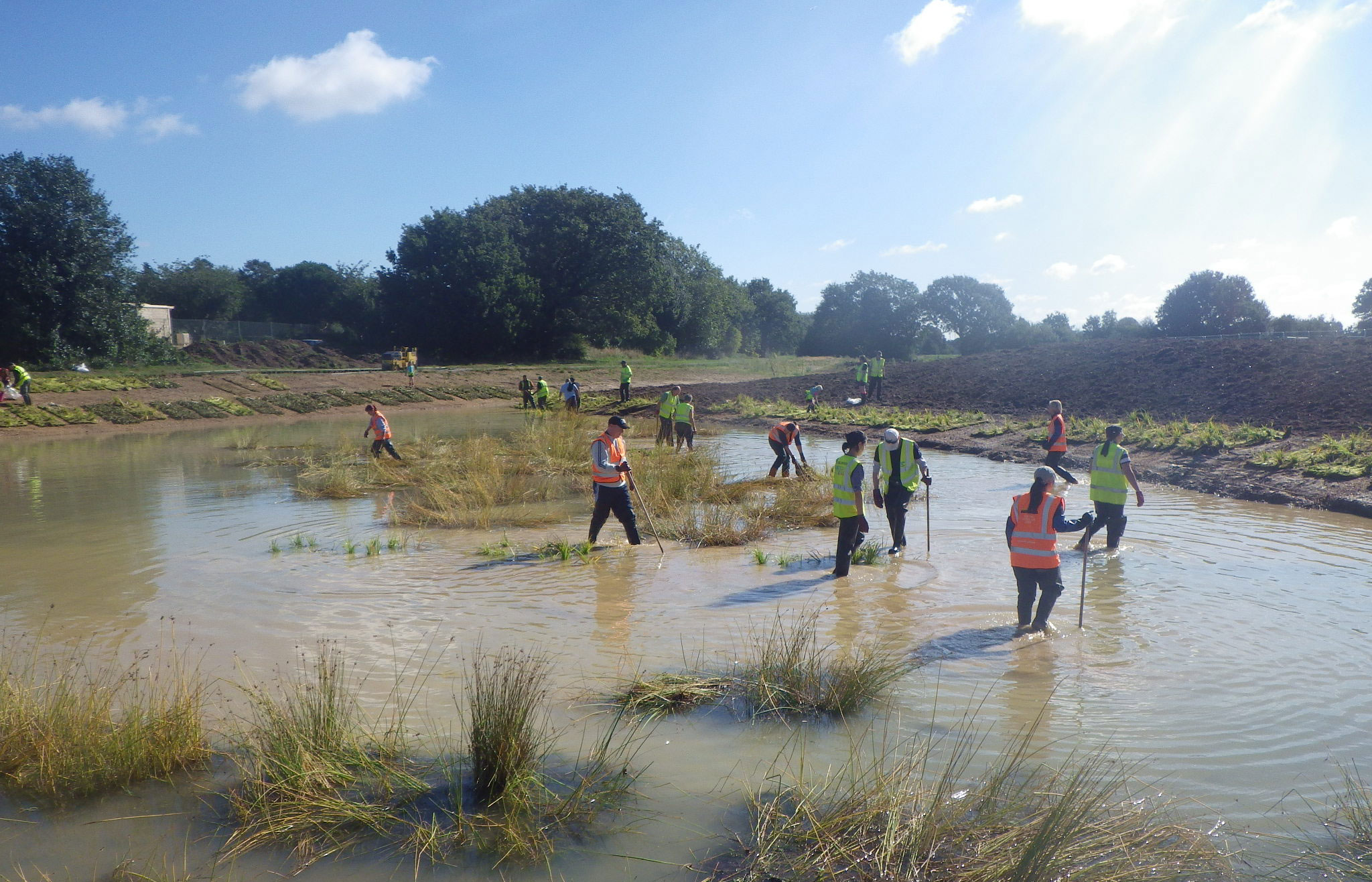 Figure 1: Firs Farm Wetlands in north London create a habitat that helps reduce both surface water flooding and pollution of the watercourse

It creates a habitat that will help reduce both surface water flooding and pollution entering the watercourse by storing flood water during extreme rainfall events and then slowly releasing it via the wetlands, filtering and cleaning it as it passes through. The scheme also enhances the area for people and wildlife: several amenities have been created, including a network of footpaths and cycleways and recreation areas, while the work has given the local community hands-on experience in the transformation of the site.

One example of their use is at Bridget Joyce Square at White City in west London, an area that was at high risk of surface water and sewer flooding. Permeable block paving has been installed to collect rainfall from roads and roofs and direct it to a series of storage basins and some wonderfully designed rain gardens. Up to 50 trees and thousands of plants were added, and these not only help to soak up rainwater but increase biodiversity and make the area more attractive.

From green spaces to the riverside environment, flood risk management can connect people to their environment, supporting the ambitions of the 25-year environment plan while enabling society and the economy to adapt to a changing climate. By using new methods and incorporating innovative design, flood risk management can enable sustainable growth rather than being a barrier to it. Working together at the earliest opportunity in the planning process, we can maximise environmental, social, cultural and economic benefits.

We all have a part to play, so let’s continue to think and talk about climate change and embrace the challenges ahead – together.