In 2015, works began on extending the Westfield shopping centre at Shepherd’s Bush in west London. Given its long association with the local authority, Westfield appointed the London Borough of Hammersmith and Fulham’s building control service as its preferred provider.

The service set up a designated Westfield project team, most of whom had worked on the original centre and could thus bring extensive experience to the project. This team worked with Westfield consultants including architects Sheppard Robson, fire engineering firm WSP, structural and civil engineering company Walsh and service engineers Foreman Roberts.

The £600m extension created an extra 65,000m2 of retail, dining, leisure and entertainment floorspace, and is reported in local media to be the largest shopping centre in Europe. The extension includes the anchor store John Lewis, several new retail units and car parking over eight floors, as follows:

The extension involved creating a tunnel to connect the existing centre’s basement car park with the proposed new basement. The tunnel works were partially carried out under an access road, the restricted headroom of which influenced the type of piling rig used. The new mall levels 40, 50 and 55 were also connected with the existing centre, works that were referred to as the breakthrough, which formed a complex part of the project. It also included creating a new access road.

From the initial meetings, it was clear that the extension presented significant challenges for the ongoing operation of the existing centre. The works included relocating several units and stair cores and creating temporary escape routes that were separate from but close to the construction site. It was therefore critical that the borough’s team consult the London Fire Brigade from an early stage and onwards throughout the project, to ensure that it was aware of the changes.

The initial priorities of project meetings were structural issues and fire safety, and they subsequently covered all other requirements according to urgency. The overall works were broken down into smaller projects, such as John Lewis itself, infilling an existing car park ramp with concrete and steelwork to enable rerouting of the road, and the breakthrough. Doing so helped to manage the vast quantity of information for the relevant part of the works.

The extension was heavily constrained by the existing underground drainage and transport routes, as well as by structural and fire safety implications. Before the main project started, for instance, the enabling works included considerable diversion of drainage and utilities, which were inspected by the borough’s in-house building control drainage specialist.

London Underground’s Central Line also runs through the breakthrough, so there were structural implications along its length, and access points in the vicinity of the extension that would need to be available both during and after the works. The surrounding roads and access into the car park directly below the extension were likewise kept operational throughout the project, with diversions when relevant.

The foundations include nearly 2,000 piles, with diameters ranging from 600mm to 1,500mm. The reinforced concrete pile caps and core caps have unique designs according to their location; while the former are mostly of standard sizes, some have unique designs because they bear the load of multiple columns. The superstructure on top of these foundations then consists of composite steel frame, with an arrangement of primary and secondary beams overlain by concrete on metal deck, the latter being integrated with the beams. The design has been futureproofed by allowing for the loads of a possible additional level of retail and car parking, or three additional levels of parking.

The extension was designed in accordance with BS 9999: 2017 Code of practice for fire safety in the design, management and use of buildings. This means that it is designed for evacuation on a zone-by-zone basis, separately from the plan for the existing centre, with a smoke curtain provided between the two structures. The original centre will continue to rely on proactive fire safety management. 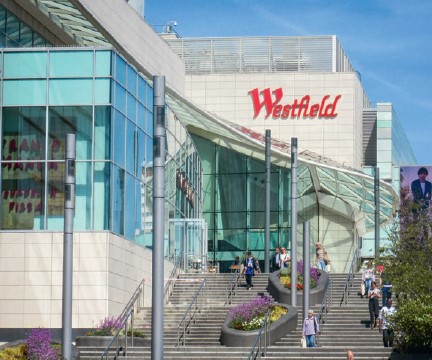 Figure 1: Westfield, Shepherd’s Bush: works to extend the shopping centre had to be kept separate from the existing structure

The breakthrough involved connecting the extension to the existing centre, with significant structural and fire safety implications.

The existing frame structure that would be affected by the breakthrough generally consisted of an eight-by-eight column grid, supported by pile foundations. Columns below level 40 comprised a mixture of reinforced concrete and concrete-encased steel, with steel columns above that level.

The breakthrough thus entailed removing separate areas of steelwork, floor slabs and a number of vertical structures. New transfer structures were introduced in the original mall, and these were designed as key elements. Work was also carried out to strengthen several of the existing columns.

The operational fire strategy for the existing centre was affected by the extension works as well; it fell under the Regulatory Reform (Fire Safety) Order 2005, while the construction site was also subject to all relevant health and safety legislation until work was completed. It was crucial that the centre’s management was aware of any works that were likely to affect the fire strategy so this could be updated accordingly. The construction site was separated from the public mall by a 60-minute fire-resistant hoarding.

Westfield made provision to relocate units affected by the works to other vacant units. It was essential that the areas of construction were separated from the existing mall while works were carried out, and that all the relevant parties in Westfield were fully apprised of progress. This was particularly relevant when one of the existing firefighting cores in the original centre was to be partially demolished; during the period beforehand, two new cores had to be built and made operational.

Meetings and site visits were held to discuss the safest ways of evacuating members of the public from the new cores to a place of safety, and to ensure firefighting access was satisfactory while construction was ongoing. The building control team continued to liaise with London Fire Brigade to ensure it was kept informed of the progress on site.

On a project of this size, keeping on top of the substantial amount of documentation and the design changes was an enormous challenge. Another particularly difficult aspect was coordinating the testing and commissioning of life safety systems due to the number of different zones, levels and interfaces involved, works which were vital in ensuring that the centre opened on schedule.

All these works were undertaken with minimal disruption to occupiers and shoppers in the existing centre – a great achievement given their complexity, especially in the breakthrough areas and in keeping the car park and roads in operation throughout the project.

It is ten years since Westfield first opened its doors, and the local authority’s building control service believes its partnership has helped create a world-class shopping centre, serving both those who work and live in the borough.