In 2011, the University of Salford launched a new kind of building research facility. The Salford Energy House is a replica of a Victorian solid-wall end terrace built in a large-scale environmental chamber, where temperature, solar radiation, wind, rain and snow can be simulated and controlled.

The facility was built in response to the sustainable retrofit agenda. At the time, it was clear that progress was being made in improving the understanding of energy efficiency in new properties, to meet the more stringent requirements in Part L of the Building Regulations.

Existing stock, however, was highlighted as the central problem for policy-makers in terms of meeting aspirations on climate change and fuel poverty. Sustainable retrofit – that is, retrofitting a property specifically to improve its energy efficiency – became a national priority. 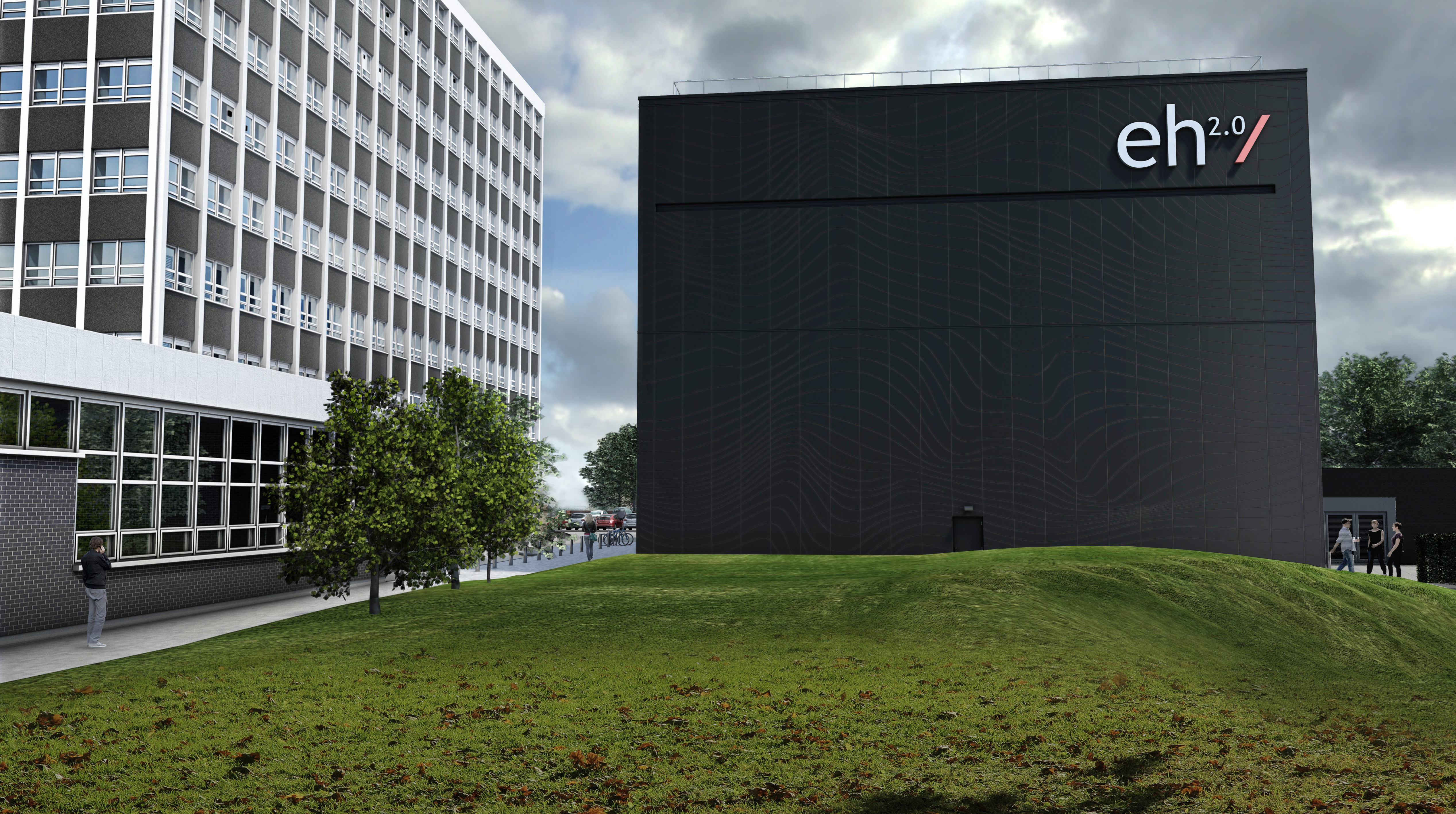 The traditional ways of understanding the impact of any measure made to improve domestic energy efficiency were twofold. The performance of products such as insulation, heating or controls was often assessed using laboratory-based tests – typically as a single element, with walls tested in isolation from roofs and floors. The argument against this approach is that these tests were often not reflective of the product’s performance in the context of that whole system, and did not account for issues caused by use, installation or interaction with other improvements, such as the interrelationship between fabric and heating systems or ventilation.

The second approach was the field trial. However, the findings of such studies are confounded by the fact that the real world is complex and messy and, sometimes, it is difficult to establish what the impact of the product or system might be. The vagaries of weather, occupant behaviour and the differences in properties mean that larger data sets are required to draw conclusions that are robust, making them expensive and time-consuming. Field trials are also notoriously difficult in terms of issues from communication to data loss and, occasionally, awkward occupants.

The Salford Energy House was therefore a bold new proposition. It countered the issues of laboratory tests as the products were installed as part of a whole system. It also provided a level of control and repeatability for tests that was impossible in field trials; weather and occupancy profiles could be run on the house both with and without the improvement, to isolate its impact by reducing the noise in the data from other factors. A more scientific approach could thus be taken to the examination of a dwelling’s thermal performance, with higher degrees of accuracy than those found in on-site measurement of single properties.

The Salford Energy House hosted a number of major research programmes during this period. Working with manufacturer Saint Gobain, a team consisting of staff from the University of Salford, Saint Gobain Recherche and Leeds Beckett University carried out two whole retrofits, using both external and internal insulation wall measures. These demonstrated the potential for a significant reduction in heating demand using off-the-shelf products.

Meanwhile, work with the British Electrical and Allied Manufacturers Association provided robust evidence on the impact of simple domestic heating controls, which were found to be more effective than previously thought. This work is currently being used to inform changes to the UK’s regulatory energy model, the Standard Assessment Procedure.

One of the other benefits of controlled conditions that had not been considered when designing the facility was the development of new methods for assessing buildings. The rapid whole-house quick U-value of buildings (QUB) test and the prize-winning fast U-value measurement system were thus both trialled and developed in the energy house.

At the start, the original energy house was part of a growing sector increasingly interested in finding faster, cheaper and more effective ways of understanding buildings. Over its lifetime, we have seen considerable change in that sector. Government-led energy efficiency schemes such as the Green Deal and Energy Company Obligation attempted to encourage retrofit in the UK, but came up against the complexities of the market, a limited understanding of buildings and a declining political will.

The National Audit Office highlighted the Green Deal as a policy failure. This failure was the result of factors such as the high cost of credit, poor consumer take-up and limited understanding of the savings that a retrofit could offer, because predicted performance was often not reflected in that actually achieved – a phenomenon known as the performance gap. It was these kinds of issue that the energy house was designed to address.

However, the problem of energy efficiency in buildings has not gone away. Commercial and residential buildings represent 45% of EU energy consumption and in the UK the domestic sector consumes more than a quarter of total energy, largely through heating and hot water use, which can account for 75% of an individual home’s energy demand. So if we are to address fuel poverty, carbon emissions and energy security – which remain the energy policy triumvirate – then the built environment, and particularly housing, must be central to the discussion.

Energy House 2.0 takes the original concept and extends it into a global facility. The £16m project commenced early this year, and is partly funded by the European Regional Development Fund under the Greater Manchester Sustainable Urban Development (Low Carbon and Research and Innovation) Call.

Two significant changes have been made to Energy House 2.0, when compared to the original facility. The first is that the 2 chambers will recreate weather conditions representing those experienced by 95% of the world’s population, as opposed to mainly temperate northern climates, by achieving temperature ranges of –20°C to +40°C in both heating and cooling latitudes in each of the 2 chambers.

The second is that the chambers provide greenfield sites with hangar doors enabling access for diggers and lorries. This allows a variety of properties to be built, tested and then replaced. The original Energy House structure reflected around 20% of UK stock and could not be modified or replaced, but the new facility can embrace any construction type, including small non-domestic buildings. This particular improvement has been made with a view to supporting international markets, as well as the growing interest in off-site and modular build methods.

Together, these changes radically alter the type of work that can be undertaken. The facility can look at off-site technology, temporary accommodation for disasters, and coatings and materials for a global market.

The Energy House 2.0 also operates in a context different to that of the original project at the start of the decade; while energy efficiency is still a major issue, buildings are now increasingly viewed as part of a more complex energy system. The links between storage, renewables, electric vehicles, smart meters and homes are taking buildings into a different environment. This model has been embraced at a policy level through The Grand Challenges, the Department for Business, Energy and Industrial Strategy (DBEIS) policy paper on the government’s industrial strategy published in May 2018 and updated in December.

If we are to address fuel poverty, carbon emissions and energy security then the built environment must be central to the discussion

So while the transition is likely to take time, it is happening. This may well mean a shift in some of the ways we understand buildings. The Smart Meter-Enabled Thermal Efficiency Ratings project, announced by DBEIS in July 2018, indicates a possible future for evaluating building fabric performance using smart meter data, supported by data from internal and external sensors.

More importantly, there is a movement to look not only at the energy efficiency of a property but also wider issues such as ventilation and related air-quality factors. This reflects a developing understanding of building performance as a series of interrelated factors rather than thermal performance alone. Such approaches start to link issues of building performance to the smart and connected homes agenda, to help occupants access data that was not previously available to them.

When Energy House 2.0 is completed, it will be able to support the industry in a period when rapid technological change is expected. We can see emerging domestic energy systems linking with electric vehicles, storage and renewables and potential new fuels such as hydrogen. There are new models of energy consumption, such as time-of-use tariffs, and virtual power stations where demand, generation and storage capacity for multiple homes are managed externally. All these changes are underpinned by the growing use of information technology such as smart meters and smart homes.

Energy House 2.0 is a vital step between the laboratory and people’s homes, providing a swift way to develop robust evidence and minimise risk in what is starting to look like a radical technological transition for UK domestic energy consumption.

Will Swan is associate dean, research, and Richard Fitton a lecturer in energy efficiency at the School of Built Environment, University of Salford