In the first in a series of articles, Jan Ambrose examines why there are so many unoccupied residential properties in England

Stories about the property profession prove that bad news sells papers. Articles about the ever-worsening housing deficit have been overtaken by shocking statistics on the increase in vacant dwellings in England.

RICS is committed to assisting the government to find ways of easing the housing crisis. But if bringing empty homes back into use could be an easy win, why is more not being done?

Recently, seemingly horrifying figures from an online estate agency were reported throughout the media. These indicate that the number of long-term vacant homes in England – those that have been empty for at least 6 months – rose to reach 205,293 in 2017, according to Ministry of Housing, Communities & Local Government statistics, and are worth a collective £49.7bn.

The City of London experienced a 229 per cent rise in vacant properties in 2016/17, while York saw a 322 per cent increase during the same period. Overall, the total of long-term empty homes in London grew from 19,845 in 2016 to 20,237 worth £9.6bn. The report also shows the top 10 towns and cities in England outside London for long-term vacant properties (see Figure 1). 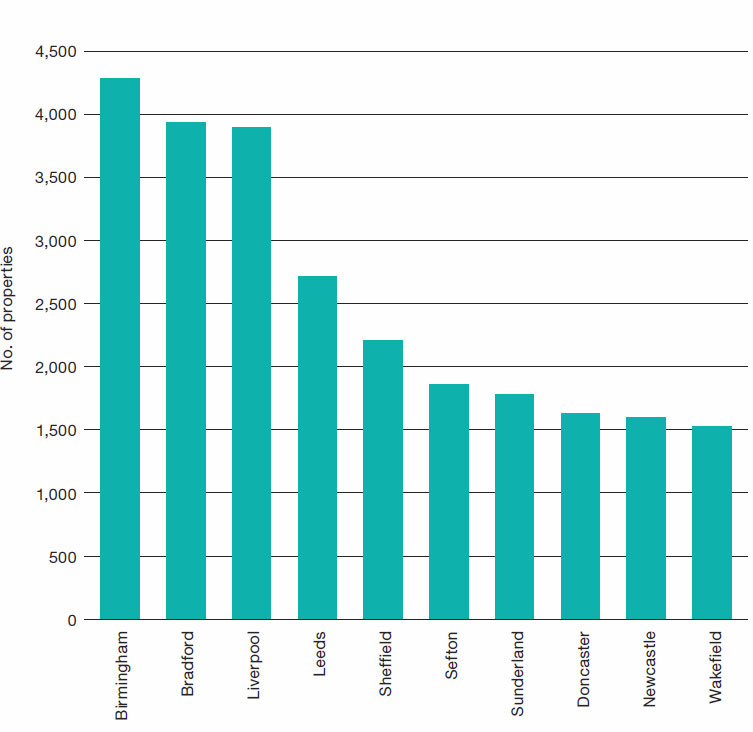 Figure 1. Top 10 towns and cities in England for long-term vacant properties outside London

Meanwhile Croydon, with 1,264 vacant homes leads the top 10 London boroughs for long-term unoccupied properties, followed by Kensington and Chelsea at 1,230. With 734 such properties, Lambeth is at number 10 in this unenviable list.

Interestingly, although the estate agency was prepared to release these figures, it was not willing to go further and say how local and national governments are responding. Is anyone taking this issue seriously?

One organisation taking action is Empty Homes (EH), an independent charity that campaigns for more vacant properties to be brought back into use. It holds accurate government data on unoccupied homes in every local authority in England. These are exact numbers reported via the council tax database, showing percentage occurrence and year-on-year change. The figures may not be headline-grabbing, but are still deeply concerning.

Chris Bailey, campaign manager for EH, urges extreme caution on the estimated monetary value of empty homes quoted in the report as these are notoriously difficult to assess. Although EH does not estimate such values, he makes the following comment: ‘The data omits to mention that 85,856 of the recorded long-term empty homes are in council tax band A – the lowest-value property – 42 per cent of the national total. Only 1,929 – 0.9 per cent of the total – are in the highest-value property band H. These figures will not include rarely used investment property, which is not recorded by the government data. There will also be a regional factor, with 60 per cent in the North and Midlands and almost a further 10 per cent in the South West. On the face of it, this makes the value estimates look dubious.’

EH highlights the dangers of taking changes in local authority data at face value in its report Empty Homes in England 2018. It notes that, despite the recorded change in the numbers for York, its level of empty homes is still less than half the national average and at 0.4 per cent, far lower than the 1.12 per cent Yorkshire and Humber regional level. However, EH recognises that there are many questions to be answered about why properties remain unoccupied, and Chris responds to some that are frequently asked.

Q: Why are homes vacant?

A: Some are unoccupied – often for many months – due to normal market processes, such as inheritance, probate or owners moving into long-term care. But England still has far too many long-term empty homes, usually for one of 3 reasons.

A: It is significant rather than massive. The increase is the first since 2008, but the overall national level has shifted from 0.85 per cent to 0.86 per cent, as stated in Empty Homes in England 2018.

Q: Are you in touch with central and local governments?

A: Yes; we promote community-based, locally led approaches, work to raise awareness nationally and campaign for government to channel dedicated support to the areas worst affected – underinvested communities, predominantly in the North and some coastal areas.

Q: What are central and local governments doing?

A: EH thinks that the government response is unlikely to have a real impact on the worst-affected areas. At present, there is no government funding targeted to help such regions. The last such, the Clusters of Empty Homes Fund, ended in 2015 (see Empty Homes in England 2018, and the 2016 report). Mike Basquill, RICS UK residential associate director, notes that the repair and improvement grants for major technical problems are no longer available either.

At local authority level, actions range from enforcement measures to casework approaches. Some councils employ specialist empty homes officers and include refurbishment and resale programmes and loans to bring property back into use.

EH works with community-based charities and social enterprises on demonstration projects around the country, which examine how they can bring empty homes back into use, with an initial report now available.

Although the autumn budget 2017 introduced welcome new powers for local authorities to tax empty homes, this may not help England’s left-behind and underinvested communities, as it is not enough incentive.

EH does not think that empowering local authorities to charge a 100 per cent council tax premium will help, and empty homes therefore continue to blight such areas. Targeted funding is needed to allow councils, charities and social enterprises to renovate these properties. Crucially, the agency believes that local solutions should be enabled through a nationally led and funded approach.

Jan Ambrose is editor of the residential section of Property Journal