Conservation in a changing climate

Historic Environment Scotland has drawn on a range of natural hazard data to assess the risk to its properties in care from the changing climate, writes David Harkin

The very existence of our historic environment as we know it today is testament to its innate resilience and ability to adapt to change. Historic Environment Scotland (HES) cares for 336 monuments of national and international significance, covering more than 5,000 years of the nation’s history. Many of these monuments have had to adapt to change in the past and they are all now having to respond somehow to our changing climate. The unprecedented scale of climate change means that to futureproof our properties in care (PICs) effectively, as well as the wider historic environment, we need to think about novel ways of building on their inherent resilience.

To guide our next steps, we have recently undertaken an initial assessment of natural hazard risk to inform a climate change risk assessment of these PICs. The principle behind this project was to help us identify the sites we believe to be most at risk from climate change, which in turn allows us to prioritise actions to help safeguard these sites for future generations. We see this project as a continuing piece of work, with the results recorded and published so far a snapshot of this ongoing process.

Our risk assessment project has its roots in a series of legislative drivers issued by the Scottish Government including the Climate Change (Scotland) Act 2009, which places duties on public bodies to undertake adaptation programmes. HES is identified as a major player under the act, owing to its size and influence.

Guidance clarifying these duties, Public bodies climate change duties: putting them into practice was published in 2011 The Scottish Climate Change Adaptation Programme, established in 2014 after being constituted in the 2009 act, specifically makes HES responsible for quantifying heritage assets affected by climate change using geographical information systems (GIS), and creating a climate change risk register for the PICs. The programme also sets out Scottish ministers’ objectives as well as policies and proposals to tackle the impacts of climate change in Scotland.

Aside from these legislative drivers, in undertaking this assessment we also recognise the importance of proactively addressing changing climatic conditions and their present impact on our PICs. As Scotland’s lead public body for the historic environment, we have a duty to set an example and disseminate guidance and information that can help others to play their part in safeguarding our national heritage.

The greatest driving force for this project, however, is that Scotland’s climate is changing (see Figure 1). The past century has been characterised by overall warming and altered precipitation patterns, leading to wetter and warmer winters and drier and warmer summers. We are also experiencing increased frequency of extreme and unpredictable weather events. Together with rising sea level, these mean the outlook for Scotland’s historic environment is uncertain unless we act now. 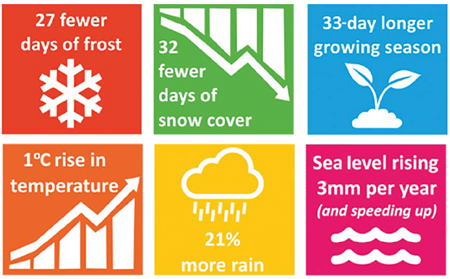 Figure 1: A summary of the key average changes in Scotland’s climate, measured since the 1960s

To carry out a project of this scale successfully, we joined forces with the Scottish Environment Protection Agency (SEPA) and the British Geological Survey (BGS), which both supplied various nationwide data sets on natural hazards. Work with the BGS fell within the terms of an existing memorandum of agreement between the 2 organisations, while SEPA was able to assist us under Action on Climate Change, a joint statement on our shared responsibilities.

Ordnance Survey base mapping was provided under the One Scotland Mapping Agreement, and Adaptation Scotland offered guidance and support through its Adaptation Learning Exchange Task Group. The latter gave us opportunities to sense-check our approach and learn from other member organisations, including the NHS Scotland and Scottish Water, which were carrying out similar assessments at the same time.

We collated 6 natural hazard data sets in total from SEPA and the BGS:

These were integrated into an ArcGIS database, then, using GIS, we ran spatial queries that involved overlaying the hazard maps with the boundary information for each PIC.

The results of this analysis then allowed us to assign likelihood scores for each of the 6 hazards at each of the 336 properties. Depending on the data set in question, these scores were either quantitative return periods – such as the estimated extent of a 1-in-10-year flood event at a specific site – or a qualitative account based on the presence or absence of various causative factors – to say whether, for example, the hazard is likely to occur at this site.

We focused on current risk from natural hazards because this acts as an indicator of susceptibility to climate change; hazards such as flooding and coastal erosion will only increase in severity as climate change intensifies.

In order to develop a consistent scoring method for this initial baseline assessment, we then assigned an impact score to each of the PICs, according to both the type of hazard and the type of property. Broadly speaking, our estate can be broken down into 3 groups based on property type:

We then made some general assumptions based on the impact of any given hazard at these sites. For example, a roofed monument that is likely to have decorative interiors and furnishings is less able to recover from any type of flood than an unroofed ruin; therefore, the impact is higher for the former.

This approach was appropriate for the early phase of the project as it allowed us to record a broad overview of risk across our estate through a desk-based assessment. The results were initially alarming: we recorded an unacceptable level of risk at almost 90% of our PICs, which was the inherent risk score (see Figure 2A). 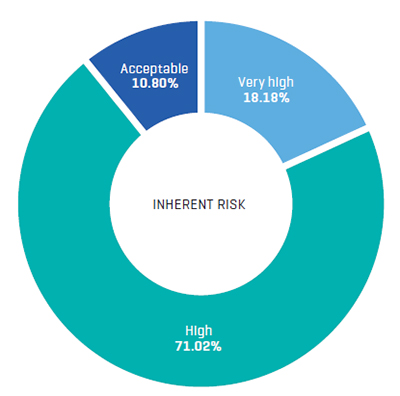 Figure 2A: The inherent risk score, which does not take into account any mitigating factors or controls already in place at PICs

We then considered staff and visitor presence at each of our PICs. Some sites are staffed and open year-round, some are only open at certain times of the year with a seasonal staff presence, and others have no regular staff presence. If a site was open all year round with a consistent staff presence then we lowered the risk score there as we recognised there would be a proactive response to a hazard, lowering its overall impact. By doing so we calculated a residual risk score, and these results showed that 53% of our sites were actually at an unacceptable level of risk (see Figure 2B). 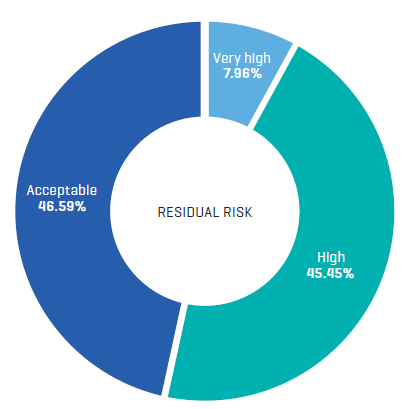 Figure 2B: An assessment of staff and visitor presence at PICs alters the inherent risk score to produce the residual risk score

The Blackness Castle case study (below) illustrates one such assessment we made.

This evaluation of climate change risk on our estate is helping to improve our conservation decision-making processes. The results of our assessment inform an important strand of consideration in the prioritisation of funds for maintenance and conservation works, thus allowing more efficient use of limited resources.

The results also allow us to adopt a more proactive rather than reactive approach to dealing with the impacts of climate change. This strategic approach will benefit us, as well as the wider historic environment, by enabling the development of methodologies to assess risks and plan for future impacts, strengthening climate change resilience throughout the sector.

This baseline assessment is a solid starting point for more detailed investigations of risk across our estate. This will involve conducting site visits and speaking to staff and others who manage and use these sites to enhance our understanding of risk. We will initially focus on those sites identified as being most at risk in this baseline assessment.

Incorporating the results of the UK Climate Projections (UKCP) for 2009 and 2018 will be crucial in making this project a Climate Change Risk Assessment. UKCP09, soon to be superseded by UKCP18, is an online tool that allows users to generate detailed climate change projections for variables such as temperature and rainfall over different future timescales. We will be able to use this tool to establish which regions of the country are most likely to experience the greatest impacts of changing weather patterns, and therefore begin to work out how our sites in these regions can be best prepared to withstand these changes.

The scale of impacts

To date, we have focused on investigating the macro-scale hazards associated with climate change such as flooding and coastal erosion. However, there are a host of micro-scale impacts that can be just as damaging, such as the decay of stonework.

Scotland has a rich geological history that has resulted in stone being used in the construction of large swathes of the historic environment. Stone decays naturally over time at varying rates depending on the type used, and these decay rates are enhanced by external factors such as poor detailing or misguided interventions and repairs. Climate change is now another important external factor that acts to exacerbate existing problems.

Water is the major factor in the chemical, biological and physical decay processes that are particularly prolific in the deterioration of stonework, and with changing precipitation patterns set to intensify, these issues will become increasingly difficult to rectify. Factoring in an assessment of the vulnerability of different stone types across our estate is just one measure that would enhance the results of our risk assessment.

Our risk assessment is one of a range of HES research projects on topics such as climate change adaptation of traditional buildings, maintaining such buildings, and making them more energy-efficient. The results of these workstreams have all been published in free guidance aimed at professionals and homeowners who have a duty of care for traditionally constructed buildings.

These principles are also central to the remit of the recently opened Engine Shed, Scotland’s national building conservation centre in Stirling.