The Battle of Britain Bunker and Visitor Centre netted the London Borough of Hillingdon a regional LABC Building Excellence Award. Helen Murray explains how it achieved this

In March, during this centennial year for the RAF, the London Borough of Hillingdon’s Battle of Britain Bunker and Visitor Centre in Uxbridge, Middlesex opened to the public. The centre is designed to sustain the ongoing viability of the bunker – the heritage site used by No. 11 Group Fighter Command during the Second World War – to make a significant contribution to the RAF’s public engagement goals. 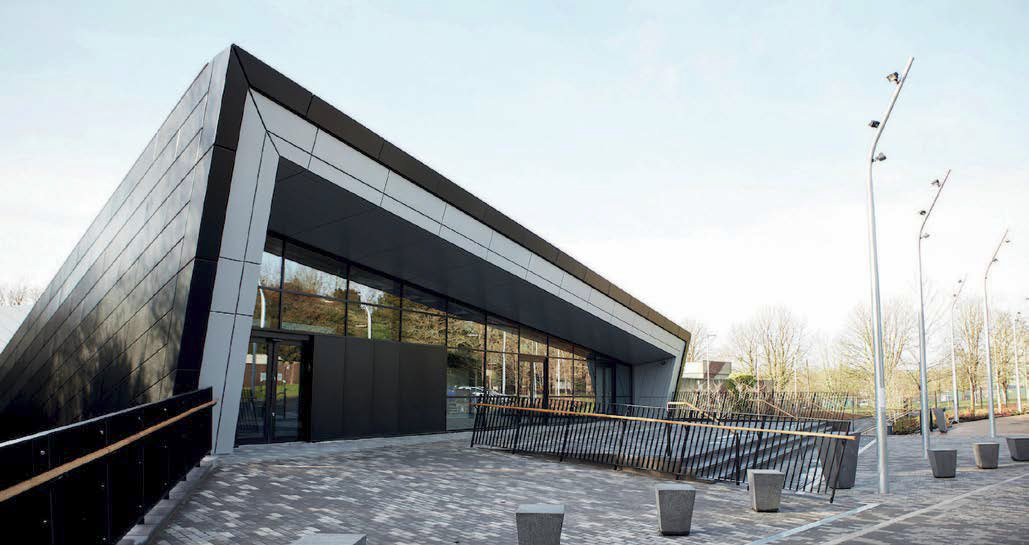 The centre also reaffirms the borough’s contribution to national history. The base that the bunker supported not only stationed many of the aircraft that flew in the Battle of Britain and Polish fighter squadrons during the war, but also subsequently provided supporting flight infrastructure during the construction of Heathrow Airport in 1946. More recently, it stationed 4 Typhoon fighter aircraft during the London 2012 Olympics.

In 2016, the borough took over custodianship of the historical site from the Ministry of Defence. In May 2018, the centre won the title of Best Public Service Building in the LABC Building Excellence Awards for the London regionals, and also qualified for the national finals due to be held in November.

The project has been carried out jointly by the London Borough of Hillingdon’s building control team, led by Anthony Oloyede, contractors VolkerFitzpatrick and architects Pattern Design. Oloyede explains that: 'The construction team, consultants and borough building control met regularly throughout the build to ensure all aspects of required compliance were fulfilled and the visitor centre progressed smoothly to very tight timescales. Our teamwork helped to deliver a striking building for visitors to admire and enjoy.'

VolkerFitzpatrick selected Pattern for its expertise in building information modelling (BIM), which it was thought would ease the challenge of a 52-week programme. The centre covers 2,000m2 and is set across 2 levels, including a metal-deck upper floor in the exhibition hall. The design embraces the central themes of flight and stealth, with a shell-like form and winged geometry. 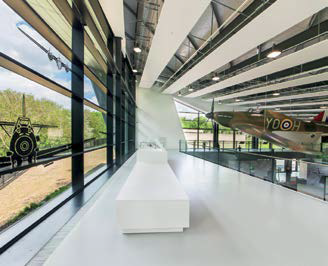 Providing a dynamic, multifunctional space, the centre is designed to be used for a range of activities and events, in orbit around the central display hangar.

This 519m2 main hangar houses a variety of exhibits including suspended replica Spitfire and Hurricane aircraft from the Second World War; a 100-seat auditorium and lecture hall; a café and gift shop; reception area; toilets; and a workspace for schools, corporate events and functions.

The building’s exterior uses a combination of cladding and statement curtain walling around a steel-frame structure. The design and build process allowed the design team to choose products more in keeping with the building’s concept of stealth and flight.

The aluminium was painted black to create an impressive volume against the wooded site, while managing to diffuse the reflected light softly during the day. This achieves the illusion of an adamantine structure that nonetheless succeeds in disappearing into the surrounding landscape.

Directing focus towards such elements, fabricated and assembled to a high standard, has resulted in an economical building with a sleek and sophisticated finish. In addition, VolkerFitzpatrick arranged a series of workshops with the client and a specialist envelope subcontractor to ensure the works were completed as efficiently as possible. 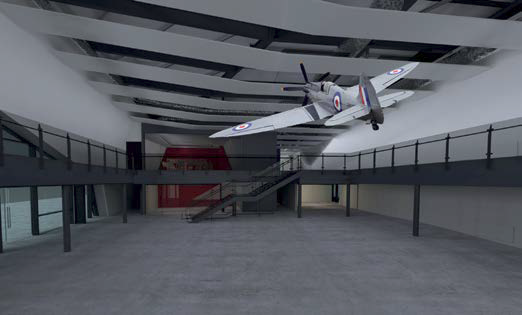 The angled structure and winged geometry of the building presented some challenges that demanded agile solutions. For instance, the design team inventively applied fire batt – fibreboard used for fire protection – to create an airtight seal around difficult structural steel members.

When it came to routing building services, 3D modelling in a high-end BIM environment was key. Bespoke ductwork, equipment and fittings were manufactured for the ventilation system, managing unusual angles such as 3.5⁰, 6⁰ and 57⁰. Routes for the grilles in the exhibition hall were hidden in the wall construction to maximise the space available to the client.

To avoid large, unsightly heat, ventilation and air conditioning plant, the build team instituted a hybrid between displacement ventilation and variable air volume systems. This is designed to be controlled by the building management system to distribute air to spaces as required, modulating air volumes with greater efficiency. The displacement ventilation method in the auditorium and exhibition spaces also minimises air speed to ensure ongoing, even comfort for visitors in the high-ceilinged spaces.

As the external aesthetic was a prime consideration, the services’ terminations from the building were kept to a minimum and, where required by regulations, gas flues and soil vents were customised to match the rainscreen envelope. Similarly, the photovoltaic (PV) array installed to provide low- to zero-carbon energy was positioned to blend in with the bespoke envelope. The naturally ventilated undercroft was identified as an acoustically acceptable position to install the external plant-like condensers, while retaining the appearance of an uninterrupted facade.

These innovations were key to achieving one of the project’s sustainability goals – to minimise energy use from the grid – without jeopardising lighting and thermal comfort requirements of the client. 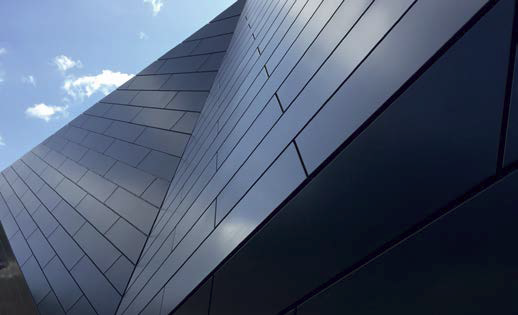 Figure 4: The original cladding was replaced with aluminium rainscreen panels

The visitor experience was always kept at the forefront of the build team’s considerations. The heating and cooling systems achieve a 32% energy saving compared to the national calculation methodology target identified by the notional building in Part L. In combination with the PV array and other energy innovations, the centre outperforms this notional building by 37%, achieving an A-rated energy performance certificate with a score of 15.

For the pre-application discussions with London Borough of Hillingdon building control, VolkerFitzpatrick and the design team were instrumental in proposing solutions and ensuring agreements for the means of escape and the associated works.

Close monitoring as the project progressed then ensured each team was on site in a timely manner and fully briefed before commencing work. The borough’s building control team attended the site at key stages of the project to ensure that any issues and potential problems were dealt with immediately, and to reduce the need for any trade to repeat work.

The centre also represents what turned out to be a significant learning experience for Pattern Design’s RIBA Part 2 architectural assistants. As most of the practice’s projects are located in the Middle East and South America, regular site visits are not always practical; however, the close location in this case meant that they were possible.

The opportunity to understand the architect’s role on site in collaboration with others is critical to the professional development of all young architects. This proved to be a rare chance to witness a complex venue of historic significance take shape under the supervision of an exemplary, open and collaborative build and building control team.