In the second of 2 articles, Helene Gosden details the challenges of refurbishment and looks at some adaptations that have found successful solutions

By definition, a commercially viable project is one in which the value exceeds the cost of known and unknown risks. The value is in the end product.

Adaptive re-use gives us the opportunity to delve into a building’s past and breathe life back into it. The most successful projects examine the condition of a building, refreshing and exposing the best aspects of its character after decades of wear and tear, which only enhance the building’s value. The imagination and creativity of designers are necessary to identify and realise the potential of what is already in front of us.

Nonetheless, with time and money at a premium at project feasibility stage, it is important to know where to focus our efforts. In the process of my master’s research, I worked with engineers, architects, cost consultants and clients, all experienced in adaptive re-use, to explore what they considered to be the most influential technical constraints. Table 1 details what they regarded as the top priorities. 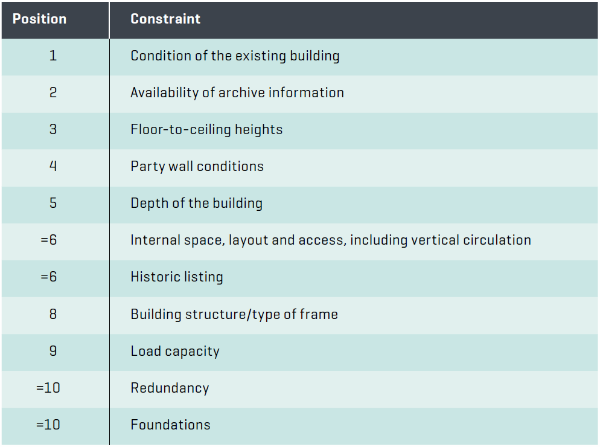 These were identified through extensive interviews and workshops. Some of these themes are self-explanatory, but it is worth reflecting on a few, and consider examples where they have been successfully overcome.

Buildings of certain eras are prone to particular forms of degradation or problems associated with constructions of the period, such as asbestos or concrete using high-alumina cement. But as with most other risks there are mitigation strategies, and these should be considered at as early a stage as possible. The sooner that surveys are undertaken the better. It is worth investing in even a limited scope of intrusive sampling and testing of materials at project conception phase and availability of the asbestos register is key. This can enhance understanding of material strength, extent of any corrosion of steelwork, degree of inherent fire protection and extent of asbestos.

In an existing building, floor-to-floor heights are fixed. Typically, office and commercial premises have higher floor-to-floor heights to accommodate heavier services, making conversion straightforward. With longer spans however, we very often find downstand beams, which can be difficult to accommodate. Particularly in high-end residential properties, high floor-to-ceiling heights are considered desirable, so it is worth reviewing these at an early stage.

Deep floor plates can make it problematic to achieve minimum daylight levels in all flats, so new lightwells are sometimes used to overcome this, although there are costs associated with their introduction. 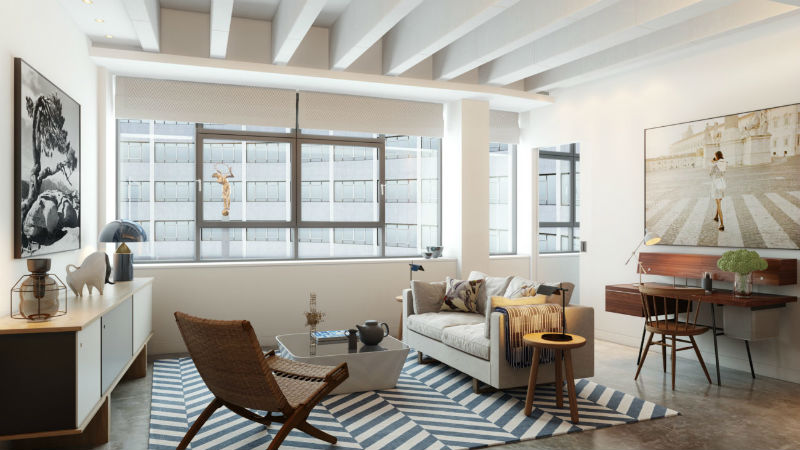 Where the existing facade is retained, creativity is also required in internal layouts. Image 1 shows 67–69 Whitfield Street in Fitzrovia, a Derwent London development and part of the Saatchi office building regeneration. The design team has cleverly worked with the existing facade in a conservation area to maximise daylight in internal spaces, inspiring a unique interior design.

New developments, whether refurbishments or otherwise, must still comply with current standards for life safety. The number of lifts, means of escape and travel distance are all fundamental to a residential development and may not align with the existing layouts in a commercial building where central cores in deep floor plates can make efficient space planning a challenging task. New lifts and alterations to cores – which often stabilise the building – are some of the most costly structural interventions possible. 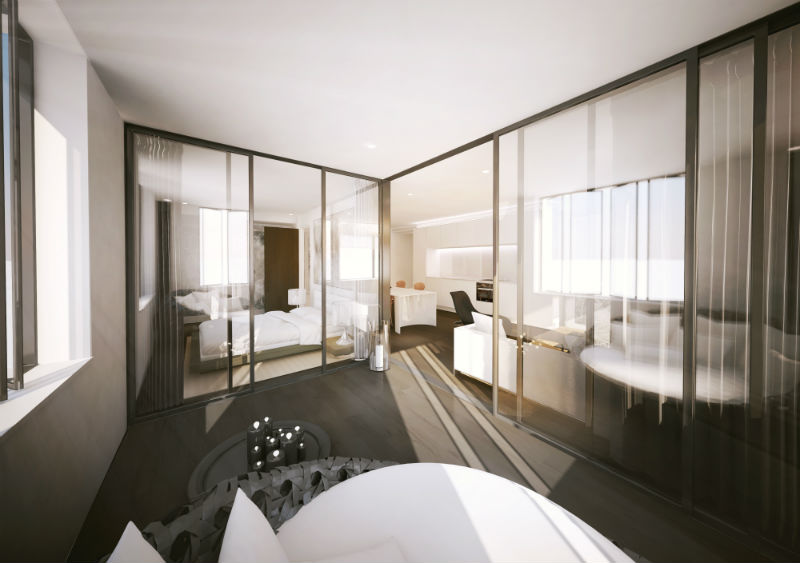 At Television Centre in west London (see image 2), a Stanhope development, the design team has worked with the existing, listed, circular building to create a development with immense character. Rather than hide the original structure, it has exposed and worked with that, resulting in details that would not be considered in any new-build development today.

An office-to-residential conversion where no additional floors are added should have inherent structural capacity due to the reduction in design live load. However, life is rarely straightforward: additional storeys, removal of troublesome columns by means of transfers and relocation of lift cores can mean detailed analysis of the existing building is necessary, including extensive surveys. The presence of good records greatly reduces the risk here because it enables quick assessments (see point 2 in Table 1).

While not amounting to an exhaustive list, these issues were felt to represent those that can entail the most challenges when not considered early enough. They provide a useful framework for early feasibility studies. 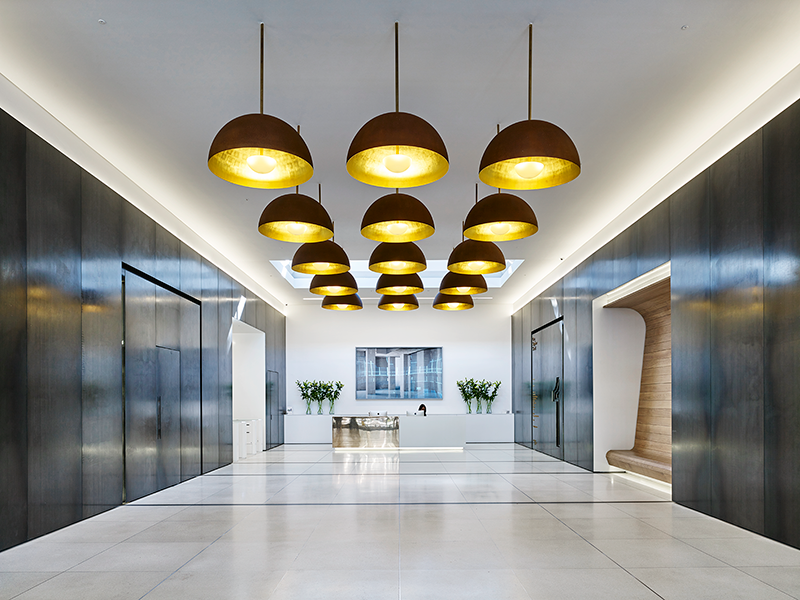 It is worth remembering that it is not always about preserving history and character. Sometimes the simplest buildings are actually the most flexible and easy to adapt, as in the case of 1–2 Stephen Street in central London (see image 3).

Although commercial refurbishment rather than change of use, the project has taken a building at the end of its useful life and repurposed it to dramatic effect. It benefits from proximity to the new Crossrail hub at Tottenham Court Road, and in terms of assessing value against cost, refurbishment rather than demolition and new build is an easy win. Nonetheless, the end product must still be desirable, so imagination is required at project feasibility stage. 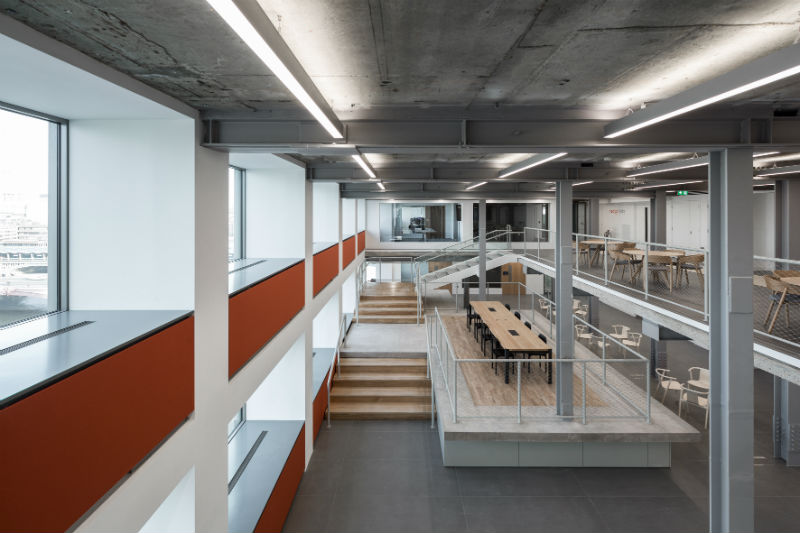 Sea Containers House occupies a prime site on the South Bank of the River Thames (see image 4). This project is again a refurbishment, yet one would struggle to argue that it had in any way been compromised. 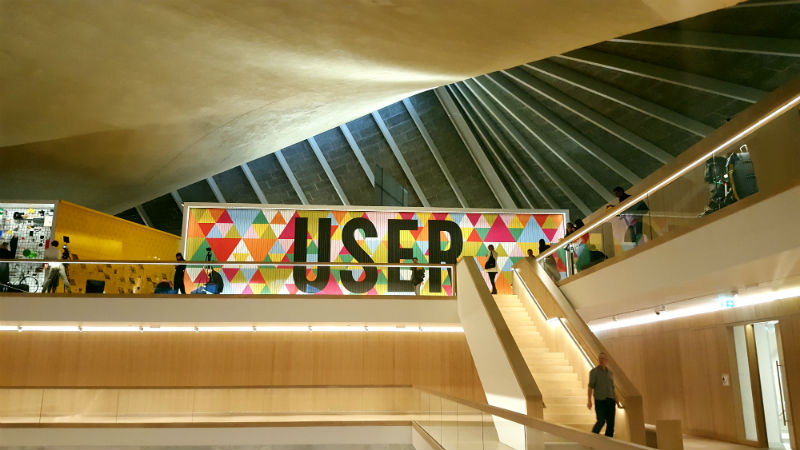 Finally, an example of change of use from commercial to museum. To relocate the Design Museum to its new home, formerly the Commonwealth Institute on Kensington High Street, the designers embraced the possibilities that the existing grade I listed building offered. The scheme by Allies and Morrison with OMA and John Pawson has generated a building worthy not only of the collection it houses but of visiting for an appreciation of the architecture alone (see image 5).

With some early investment of time and money, it is possible the better to understand and manage risks associated with building re-use. It may be that an early study still concludes that the building should be demolished; but more often than we might expect, it may expose an exciting opportunity that would otherwise have been missed.

Ultimately it is important to differentiate between available and suitable: re-use is not the answer in every case. Yet across the globe, particularly in cities with high population densities such as Hong Kong, Melbourne, London and Amsterdam, academics are increasingly joining forces with industry and local government to promote this kind of development.

There are so many missed opportunities; now is the time to consider whether adaptive re-use is a viable option.