Mapping, visualisation and geospatial analysis continues to make its mark on urban planning, as policymakers become accustomed to better standards of evidence across a range of information. At planning authorities and in the wider commercial property sector, geospatial technology has evolved from a capture and classification tool into a variety of methods, standards and richly attributed data that together offer a new way of solving problems.

Behind this transformation are human and physical geographers from across the industry who are recognised as a distinct professional group by both RICS and the Royal Geographical Society.

In response to the 2017 government housing white paper, the research team at property consultancy Knight Frank investigated the scale of London’s hidden development opportunity. The report, Skyward, fused public- and private-sector data into a 3D model of the city to assess the location and potential market value of voids nestled between the city’s rooftops, an approach prompted by the availability of new data as well as a convergence of ideas. Other research had identified the potential for infill that would not have an impact on the city’s skyline.

Although some developers had already identified certain opportunities for vertical development, these assessments were project-specific and the industry lacked a coherent overall picture. Previous assessments were also based on small study areas extrapolated to the edges of London. Knight Frank’s approach was in contrast holistic, assessing every residential structure in zones 1 and 2 of the capital’s transport system. Strategic knowledge quantifying which neighbourhoods would offer the most rooftop development volume, how much it would be worth, and which freeholders would need to be engaged was a unique strength of the geospatial analysis. 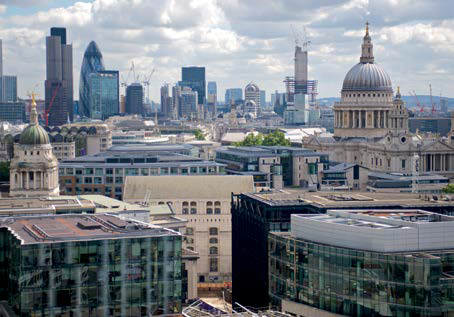 Figure 1: Research looked at development potential that would not affect London's skyline

The analysis also highlighted how much detail is required for a preliminary design review. The research showed principles already advocated by the government and construction industry, such as permitted development to the highest adjacent roof height, must be considered against issues such as suburban street slopes and building block contiguity.

As well as removing potentially problematic listed buildings from the analysis, the research demonstrated the malleability of a geospatial model in accounting for more abstract constraint factors such as local airspace rights. This showed that many constraints that appear prima facie to be site-specific – including leasehold terms, building age, whether the site forms part of a mews or is in a conservation area – can be readily modelled through geospatial analysis.

As with all surveys, the Knight Frank approach offers clearer definition of the issues and the understanding necessary to overcome them. The construction industry increasingly recognises that understanding form, volume, location, market value and prevailing planning context is necessary to exercise development rights across the varying nature of a major conurbation.

The research has been timely and in step with both the announcement of a new government Geospatial Data Commission, and the then Communities, Local Government and Housing Secretary Sajid Javid’s statement of support for the development principles that were explored in the Knight Frank report.

The firm sought to create an inclusive research framework that planning authorities could replicate easily instead of drawing on sources and technology that they would find prohibitively expensive. This approach enables a wider discussion, taking account of how vertical development constraint and opportunity are understood across the industry.

Ian McGuinness is Head of Geospatial at Knight Frank