The places to be

For retail and leisure to thrive, places must be designed around people’s habits and desires in a digital age says Denizer Ibrahim

The process of placemaking today goes far beyond the physicality of real estate and architecture. Development can no longer be 'done to' a place – the creation of successful towns and cities is fundamentally a shared, bottom-up endeavour.

The Project for Public Spaces, the hub of the global placemaking movement, has observed that 'placemaking inspires people collectively to reimagine and reinvent public spaces as the heart of every community, strengthening the connection between people and the places they share'.

The mission for any placemaker should be to enable a dialogue between people and place. Retail and leisure have a significant role to play in this conversation, but to ensure this role is realised, placemakers must respond to the changing relationship between people and the spaces they inhabit. 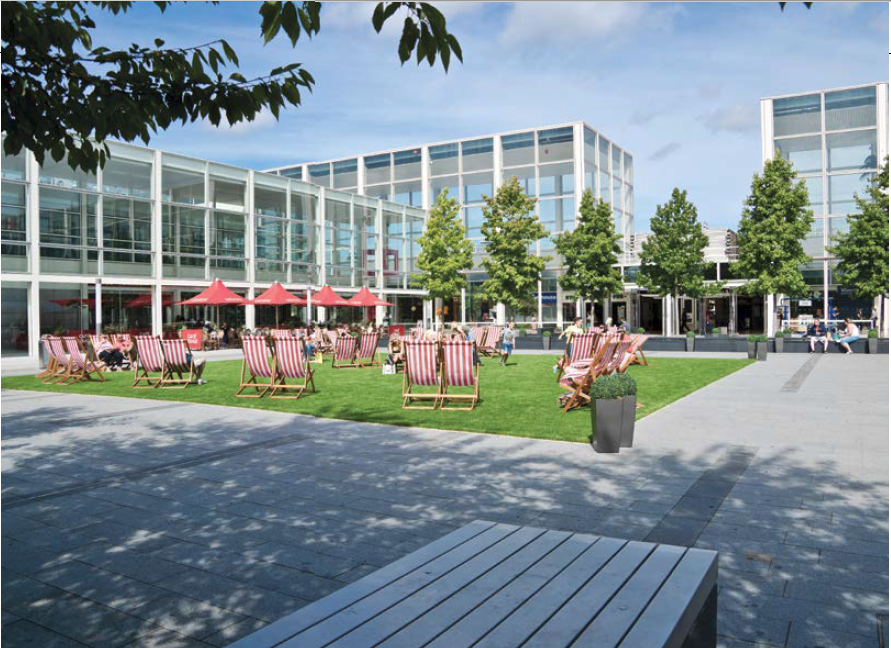 The concept of placemaking is not a new one. Traditional marketplaces were engaged in placemaking for centuries, acting as hubs that brought work, retail and play together harmoniously in a community environment, with the space that was allocated to each pursuit determined by the people using it.

However, in the second half of the 20th century, developed areas began to move away from the concept. The 1950s saw the fabric of Britain’s communities begin to change – post-war rebuilding and a booming economy resulted in large volumes of housing, supermarkets and a new generation of shopping centres appearing all over the UK.

The age of consumerism saw the UK’s population living more comfortably – indeed, in 1957 the then Prime Minister Harold Macmillan stated: 'Let’s be frank about it, most of our people have never had it so good.' And while on the surface the UK was making great strides in terms of physically rebuilding after the war, the sense of community that had been fostered in previous generations by mixed-use areas was now, in many places, being eroded.

The original Arndale shopping centres – the first US-style malls to be built in the UK, from 1961 onwards – were perhaps the most pertinent example of broad-brush retail development. In some towns and cities, rather than stimulating a sense of community and collaboration, such shopping centres filled with chain brands replaced local retail parades, with their butcher, baker and greengrocer.

While this benefited consumers and the economy, bad retail planning left some of the UK’s urban areas devoid of soul and character. Forgetting that retail was only one part of a sense of place meant that many of these developments became forlorn and inadequate, particularly now in a consumer environment that requires more than just shops.

Such development may have been needed at the time, but it has left an oversupply of retail space in some areas. This was shown most starkly in the aftermath of the global financial crisis, when retail vacancy rose above 14% as the credit crunch and its consequences exposed, and accelerated, the underlying digital and cultural trends that would shape the new retail economy. Central among these trends has been the rise of online shopping: we are buying an increasing amount in a virtual environment. As a consequence, the time that we would have spent shopping we now spend socialising and engaged in leisure activities.

At the same time, our preference has shifted to spending money on experiences instead of goods. This leisure boom has been heralded by some as the saviour of the high street, and while this may or may not prove to be the case, it has reinvigorated the debate as to what the consumer of 2018, and beyond, will demand from town and city centres.

In order to continue attracting investment, towns must rebrand themselves and show their individuality. Successful placemaking means leaving clone towns behind, and allowing the diversity of digital life to be reflected in the urban realm.

The key factor is to avoid the errors made in the 1950s – to remember that retail is complementary to placemaking. The retail district in every area should be perfectly suited, and in some cases unique, to the environment in which it is positioned. Millennials want a heterogeneity of locations in which to live, eat, work and play. The internet is making functional shopping so easy and accessible that customers no longer have to visit the homogenous retail districts in their town, which have no meaningful relationship with their lives or the places they love and frequent.

To make retail districts relevant, they must focus on localism, curation and ever-changing programmability. This could mean weekly markets, the contribution of local talent and makers, the participation of universities and cultural institutions, and animated central locations town that blur boundaries between the living, working and leisure environments. It’s not just about buying stuff. London’s high-profile regeneration schemes – from Stratford to King’s Cross and Battersea – have moved away from the creation of pure retail spaces towards visionary commercial mixed-use developments.

Big data will allow greater emphasis on experience and curation, and will help shopping centres to learn from retail at locations such as airports, where the offer changes to be most appealing to whoever is arriving or departing at any particular moment – so-called 'merchandising by flight' sees retailers change their offer according to the type of customer flying with a particular airline, based on an understanding of their needs and wants. The new retail will also encompass eating, sitting, people-watching, window shopping, socialising, and just being. It must be different to create a place that builds meaningful relationships between people, place and experience.

This creates a dilemma for those who wish to be involved in placemaking: the most successful places are not in fact 'made', but evolve organically in response to how people behave in the built environment. Meanwhile, the rise of the millennial urban dweller makes the role of the in-between spaces ever more important; or, in the coinage of the sociologist Ray Oldenburg, the 'third place' between home and work that is important for civil society and establishing a sense of place.

Placemaking must be a shared enterprise

This means placemaking must be a shared enterprise that transcends the worlds of architecture, design and planning. Communities, local authorities, landowners and businesses all have a role to play to celebrate and share their understanding of place. And as our cities and towns grow, it will become ever more important to understand the themes – digital, demographic and economic – that will shape the urban centres of the future, allowing us to create places that work and responding to the needs of those who use them.

The new retail – how and where we spend our money, and our time, and what this means to us as human beings – is central to this mission.