Climate change, global warming, rising sea levels, over development, extreme weather events, failing infrastructure, overpopulation, poor planning – whatever the cause, there is general agreement that flooding in the UK is becoming more common and extreme.

One way to classify floods is according to their source. The UK Environmental Law Association website uses the following set of classifications, for instance: coastal, river, flash, groundwater and sewer.

Whichever the source, the costs can be huge. Following the winter of 2015–16, when storms Desmond, Eva and Frank battered the UK during December and into January, the Association of British Insurers (ABI) reported a headline figure of £1.3bn paid by members to customers affected by flood damage. The ABI claimed that 3,000 families were in alternative accommodation and the average expected pay-out was £50,000, compared to an average of £31,000 from the 2013–14 winter storms.

So, what can be done to combat the rising threat of flooding in the UK? Aerial mapping company Bluesky argues that if we cannot prevent flooding, we can be better at predicting flood events and protecting people, property and the environment from their effects, and that geographical data has an essential part to play in this process.

Bluesky has been working with hazard-mapping specialist JBA to improve access to essential flood risk data for some time. In 2015, JBA’s GB Flood Map was launched on Bluesky’s Mapshop. Detailing peril from 6 different types of flooding, the map is a tool for flood insurance underwriters and is used by the majority of the UK profession. 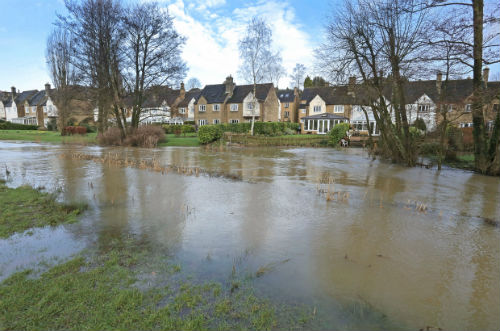 Figure 1: Flooding in the Wiltshire market town of Malmesbury

The 5m groundwater flood map was created by JBA and provides comprehensive coverage of all aquifers in England, Wales and Scotland. It uses a range of data, including the known locations of past groundwater flooding events, rainfall measurements and aquifer properties, and classifies hazards on a 5m grid. The 3-tiered methodology used to create the map – comprising derivation of baseline water table, derivation of water table surface, and definition of hazard zones – allows for quick and efficient updates and refinements for local areas of interest.

'Often overlooked or confused with other causes of flooding, it can pose considerable economic and social threat. As groundwater levels are generally highest following prolonged periods of rainfall, groundwater flooding is a growing threat, as the UK is expected to experience considerably higher amounts of rainfall because of climate change.'

Dr Maxine Zaidman, Technical Director for Hydrology and Hydrometry at JBA, adds: 'These maps will support flood risk management activities at a national or local scale, and will help risk management authorities to meet their responsibilities under the Flood and Water Management Act 2010.'

Bluesky’s own data is also helping to understand the causes of upland river flooding, which can affect land boundaries, damage infrastructure and habitat diversity and have an impact further downstream.

A look at the Lakes

Aerial photography is being used to identify changes in sediment movement in upland river courses to help assess the risk of flash flooding. In research focusing on the Lake District National Park, the imagery is helping to map region-wide river erosion and sedimentation patterns. Aerial maps from 2003 and 2009 are being used alongside older aerial photographs and historic Ordnance Survey maps to understand river channel change from 1850 to the present day.

Rivers in upland regions are associated with greater rates of erosion and sediment transfer due to steep channel gradients, concentrated storm discharges and an active supply of material from surrounding hillsides. This can lead to changes in channel patterns and morphology, increase flood risk and have an impact on the surrounding landscape and environment.

Using geographical information systems (GIS), digital maps of river channel banks and gravel bars are being created using the imagery from different points in time. The data will be overlaid to quantify channel changes and movements. This information will be compared for all rivers in the central Lake District National Park and applied to other upland areas for improved understanding and management of river sediment and erosion. Designed to inform targeted management strategies that will address current engineering problems and mitigate future flood risks, the Bluesky imagery is being used by a partnership between Durham and Newcastle Universities and the Lake District National Park Authority, funded by the Natural Environment Research Council. 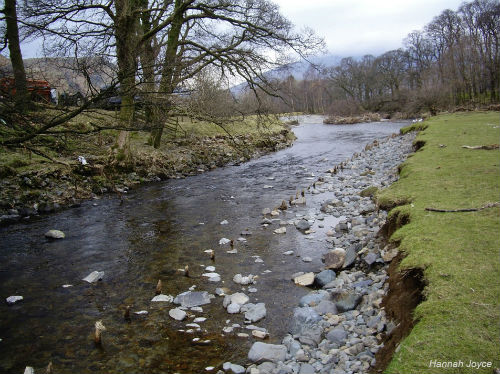 'Using the LiDAR data, we can obtain a more accurate understanding of overland flood routes and have a better understanding of structures that might have an impact on the movement of flood water and properties that might be affected by a flood event,' comments Danielle Carr, Senior Hydraulic Modeller at MMB. 'This enables us to design robust solutions to prevent flooding and therefore protect properties, their residents and the local environment.'

MMB commissioned Bluesky to carry out a LiDAR survey for 2 catchment areas in Yorkshire at a resolution of 4 points per metre. The raw point cloud data was then used to create 50cm digital terrain models of the bare earth surface, as well as digital surface models, which include features such as buildings and trees. MMB imported these into the modelling software to create a surface mesh of the terrain and review surface structures that would alter flood routes, such as buildings, walls and watercourses. The simulations, which include the full sewer network and the surface mesh, help MMB assess overland flood routes, and therefore understand which properties are likely to be affected, and they accurately replicate any reported flooding.

These are just a few examples of the way in which geographical data is playing its part in the fight against flooding. Providing evidence of previous river paths, accurately modelling complex 3D environments and recording previous flood events, geographical data should be an essential tool for planning and protecting against the growing threat of flooding in the UK.