There have not been enough homes to meet the needs of England’s growing and ageing population for decades. At the same time, there are more than 600,000 empty homes in England, of which nearly a quarter of a million have been unoccupied for more than 6 months. The government is pursuing various strategies to resolve this.

It should be remembered that not all empty homes are problematic but are a common feature of a functioning housing market – some owners do neglect and abandon their properties.

In Salford, the most common reasons for unoccupied properties are because they are in probate, or the owners do not have funds to refurbish them, have inherited a property and do not know what to do with it or are in residential care.

There are more than 600,000 empty homes in England, of which nearly a quarter of a million have been unoccupied for more than 6 months

The city of Salford

Located in north-west England in the metropolitan area of Greater Manchester, central Salford is adjacent to Manchester city centre, with the river Irwell acting as a natural boundary. Historically, central Manchester has stopped at the river, but in recent years there have been many developments on the Salford side that have blurred the boundary and extended Manchester’s business district.

Coupled with the continuing development of Salford Quays and MediaCity UK, this represents a world-class business, cultural and residential area. The city centre and Salford Quays are both surrounded by inner-city neighbourhoods; the remainder are suburban in character, with considerable green space.

There are more than 6,700 people on the housing register in Salford and high levels of deprivation, so there is huge demand for affordable housing. Bringing empty properties back into use is quicker and cheaper than building new homes, and improves neighbourhoods blighted by rundown, derelict properties.

Official figures for 2010 showed there were 6,237 vacant properties in Salford – 6% of total stock – of which 3,761 had been empty for more than 6 months; a large proportion were in the private sector. By 2015, Salford City Council’s work had helped reduce numbers to just over 3% of total stock, and its data from earlier this year shows a continuing downward trend.

The council achieved this by establishing a team of housing officers in 2011, which aimed to:

Data from the council’s tax team was analysed to locate empty homes and identify any trends. Public complaints and information from both council colleagues and partner organisations were then used to contact the owners, establish why the property was empty and find the best way of bringing it back into use.

With its property advisor Urban Vision Partnership, the council supported a community organisation and a charity for the homeless in securing £633,000 from the Empty Homes Community Grants Programme of the Department for Communities and Local Government (DCLG), which ran from 2012 to 2015.

The council also secured £1.7m of DCLG Clusters of Empty Homes funding as part of a Greater Manchester Combined Authority (GMCA) bid to bring 150 long-term empty properties in 6 defined cluster areas of the city to use by March 2015. Owners were offered up to £10,000 in refurbishment grants, which they had to match-fund to bring the homes up to the Decent Homes Standard.

As part of another GMCA bid, the council secured £2.5m of the Homes and Community Agency’s Affordable Housing programme 2011–15 empty homes funding and a further £1.5m from the programme’s 2015–18 funding, to assist with the repair and lease of 247 long-term vacant properties. 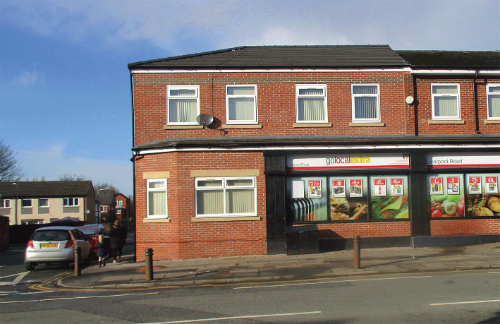 Figure 1: An empty property that has been fully refurbished, creating 6 new flats

Owners were allowed grants of between £8,000 and £34,000, on condition that the properties were leased to the council and 2 housing associations for a minimum of 5 years; they were also offered guaranteed rent, even during empty periods, and provided with a full management service.

All surveys and schedules of works were completed by building surveyors to ensure refurbishments were carried out to the Decent Homes Standard. These works included the refurbishment of houses and flats above shops, conversions from commercial to residential, and creating new homes from empty properties.

These are all let to local residents at affordable rents on either a non-secure tenancy or an assured shorthold tenancy. The refurbishments cost an estimated £9.8m, benefiting Greater Manchester contractors by £6m. More than £2.1m in extra council tax will also be brought in over 5 years.

The council will have received around £65.6m in New Homes Bonus allocation, based on houses brought back into use between 2010 and 2015 and payments up to 2021 – a figure that would have been around 28% lower without the reduction in empty homes in the city during this period.

Such action is used to bring homes back into use where they are having a negative impact on the neighbourhood and their owners are uncooperative.

The Housing Act 2004 places a duty on the local authority to review housing conditions in its area, including empty properties. Council officers will inspect empty homes either with the consent of the owner or using their powers of entry under the act; where category 1 and 2 hazards are identified, officers can serve an improvement notice under sections 11 and 12.

If necessary, the council will follow this up with legal action for non-compliance. Once an improvement notice becomes operative, it can be registered as a local land charge under the Act, which can only then be revoked if works are carried out. Basic loss payment under the Planning and Compulsory Purchase Act 2004 and the Land Compensation Act 1973 is forfeited if the property is subsequently compulsorily purchased. 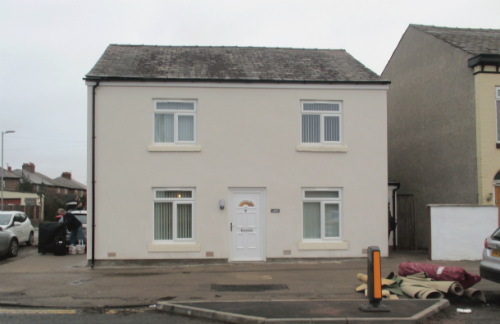 Figure 2: An empty home is reconfigured and renovated into 3 flats

Salford City Council can use compulsory purchase powers to buy the properties and bring them back into use as housing. Compulsory purchase orders can be made under the Housing Act 1985, which empowers local authorities to acquire properties for the provision of residential accommodation, so long as this will achieve a quantitative or qualitative housing gain and there is a compelling case in the public interest.

Although these powers are draconian, the empty property team uses them proportionally and as a tool of last resort, supported by a firm evidence base; its property advisers help with this decision. All properties that are compulsorily purchased are sold subject to a condition that they will be refurbished and brought back into use as residential dwellings.

The Council Tax (Administration and Enforcement) Regulations 1992 also allow billing authorities to apply to a county court for a charging order in respect of council tax debts where the council has registered a liability order obtained at a magistrates’ court against a property. The county court can order the sale of a property in such a case to recover the outstanding liability from the proceeds, provided there is sufficient equity remaining when any priority charges such as a mortgage are redeemed.

Salford City Council’s property advisors provide valuation and disposal guidance and arrange for all properties to be sold at auction. This debt recovery tool has been used to bring 6 properties that had been empty for the long term back into use; additionally, the threat of action has prompted a further 37 owners into settling their bills, which has generated more than £90,000 in revenue.

New regulations under the Local Government Finance Act 2012 significantly changed the council tax relief available to second homes and empty properties. Although they were implemented to provide billing authorities with greater flexibility in setting rates under the banner of localism, a side effect was to encourage owners of unoccupied properties to bring them back into use more quickly.

In Salford, the changes include the abolition of the class C exemption for paying council tax on empty and substantially unfurnished properties for a maximum of 6 months to be replaced with a 50% discount for only 2 months. Similarly, the class A exemption was abolished and replaced with a discount of 10% for 12 months, rather than a 100% exemption. This discount is property-based; once it has been used it cannot be used again, even by a new owner. Owners of empty but furnished properties will now have to pay the full rate, unless these are job-related second homes.

Empty spaces are soulless and have a sense of failure

Substantially unfurnished properties that have been unoccupied for more than 2 years are now charged a premium of 50% on top of full council tax. Those who purchase a property that has been empty for more than 2 years and is in receipt of the premium will automatically assume responsibility for it. Since its inception, this has been estimated to have applied to 1,400 properties in Salford, generating up to £700,000 in additional revenue.

The strategy of Salford’s Empty Property Team seems to be working well. Analysis of government figures from 2011–16 shows that Salford achieved the fifth highest reduction in empty homes of the 353 local authorities in England, with 2,952 properties brought back into occupation.

The council realises there is a lot more to be done. The city is the fastest-growing area of Greater Manchester, with unprecedented levels of planning applications and building, but nearly 35,000 homes will be needed by 2035 according to its 2016 draft local plan.

Councillor Paul Longshaw, Lead Member for Housing and Neighbourhoods, says: 'There are real issues with meeting housing need in Salford. In many ways, these are due to the city’s success. Years ago, the council made bold decisions to put resources into tackling the number of existing empty homes. That is now making a big impact.'

Empty spaces are soulless and have a sense of failure. Salford City Council wants to continue with its strategy of turning empty spaces into homes, because it believes this is the right thing to do. It is just one part of the council’s programme to ensure that housing need and demand are met.