Verifying geographic records can be a nightmare; it is laborious and time-consuming, especially for owners and managers of large areas of land. Inevitably, it involves collating a stack of separate records gathered by a scattered team of ad hoc surveyors – often land rangers or others whose main job is not data collection – followed by a painful process of cross-checking and revalidation.

In recent years, though, we have seen firms taking a different approach. Enabled by advances in technology, many organisations are streamlining the collection and validation process by placing responsibility on the people who know the information best – those on the ground, at the point of collection. The National Trust is a long-standing client of geospatial data management specialists, 1Spatial, and the organisations have recently worked together on one such project.

As well as thousands of ancient monuments, historic houses and gardens, the trust owns 250,000ha of land and 1,250km of coastline in England, Wales and Northern Ireland, making it the UK’s second largest landowner after the Forestry Commission. It relies on various sources for its income, including membership subscriptions, donations and legacies. But grants received from statutory bodies are also an important source of funding.

As the owner of large tracts of rural land, the National Trust is eligible for agricultural grants worth around £10m a year. This money, received through the Rural Payments Agency (RPA), supports a range of conservation projects, including the protection of rare habitats and species, heritage features and beautiful landscapes. The funds are also used to improve public access and to support sustainable farming. 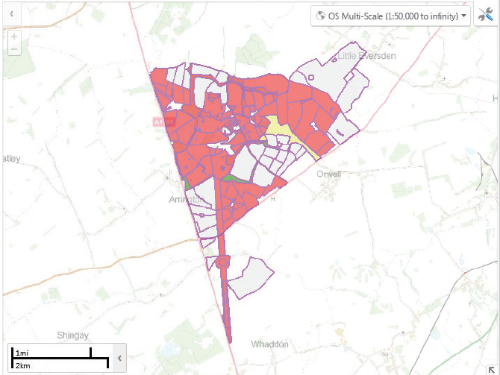 The application process is thorough and detailed, requiring the trust to validate information through a framework provided by the RPA. Each year, it must check its application to ensure that records reflect current land uses. For England alone, there are 9,000 separate land parcels, in turn subdivided into 15,000 land-use areas, to be surveyed, validated and updated. This work is the responsibility of 150 site monitors, who tend to be local rangers or others familiar with their areas.

Chris Cawser, Conservation Core Data Lead at the trust, is responsible for geospatial data relating to its land and properties. He is closely involved in the annual grant application process, and says: 'It’s invaluable to get input from those who know the lie of the land.'

Where the dimensions of a land parcel have changed, perhaps when fences have been removed or put up to open or subdivide it, the records must be updated. Once the framework is correct, the current land use must be recorded – for example, permanent grassland, scrubland or forestry – and its eligibility for grant funding assessed.

There are stiff penalties for misreporting land use, so accuracy is critical

A 2ha parcel might be eligible for a grant as permanent grassland, but if 0.5ha of the land is used as an overflow car park that portion is ineligible. There are stiff penalties for misreporting land use, so accuracy is critical for the trust.
In the past, this process of surveying, validating and collating grant data has been onerous and time-consuming. Site monitors collected data in applications such as spreadsheets, which were then collated and validated.

Only some weeks after the survey would any queries come to light. At that stage, site monitors would be contacted to check and possibly to resurvey an area. Spreadsheet and other software also frequently contained large amounts of free text data that was subject to error and misinterpretation.

When the National Trust moved its geospatial systems to Esri’s ArcGIS®, 1Spatial supplied Geocortex Essentials to create custom applications on top of the ArcGIS platform. Using this, Cawser started to look for ways to make data collection more efficient. With support from 1Spatial’s consultants, he created an approach using the package’s Workflow capability.

'Geocortex is really good for getting an application built and deployed quickly,' says Cawser. 'For more complex workflows, we’ve had 1Spatial come in for consultancy days. It has given us the building blocks to re-use in other projects. It’s a very collaborative approach.' 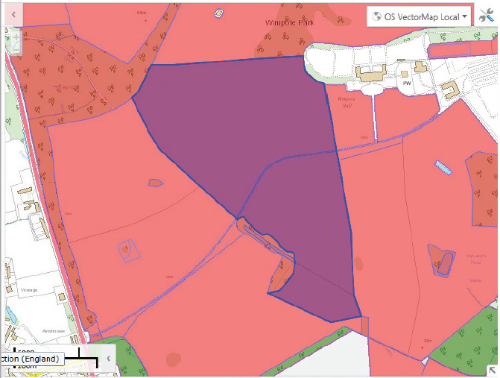 Figure 2: The workflow prompts the users to enter only the attributes required for that selected parcel

Cawser’s applications allow site monitors to enter data directly into their web browser. The automated workflow runs validation checks as data is being entered, to ensure that each entry complies with required data standards and expectations. 'We effectively front-load the data validation, using scripts to run error checks before data entries are accepted,' he explains.

It is an approach that 1Spatial has used with other clients. At Ordnance Survey Ireland, field surveyors now receive their projects along with all required data and related imagery direct to their tablet or laptop.

As the survey work progresses, the system runs more than 200 rules on the surveyor’s device to ensure that collected data complies with data model requirements. A further 400 rules are run back in the office before any new data is accepted into the core database. If the rules identify that there are any discrepancies in the data, the system automatically dispatches a remedial job to the surveyor.

In the aftermath of the winter floods of 2013–14, a similar approach helped the Environment Agency develop an
iPad-based survey tool to support the military’s rapid inspection of the nation’s 150,000 most critical flood defence assets. 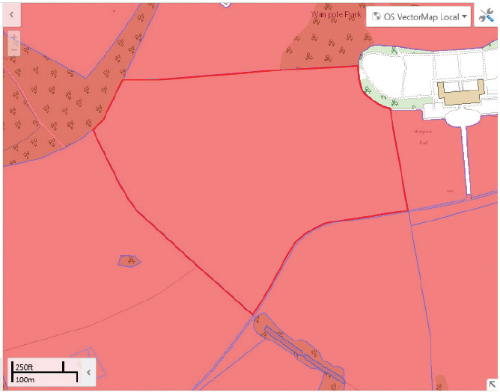 Figure 3: The workflow highlights only those areas to which the attributes refer

For the National Trust, most errors or discrepancies are now identified at the point of entry by the site monitor. As a result, monitors receive far fewer queries following surveys, minimising the need for any to be carried out again.

'We are placing total control of data verification in the hands of the staff who have the knowledge about what is being collected,' says Cawser. 'The whole data collection experience has improved massively for site monitors and it’s been really positively received. We avoid the ‘Are you sure this is correct?’ calls, which saves everyone’s time and reduces frustration.'

Automating data validation at the point of entry also avoids the need for lengthy checking before the data is submitted to RPA. 'Last year, pulling together and validating all the data we needed to submit took me 6 weeks,' Cawser says. 'This year, we spent just 1 week creating scripts to output the data and verifying the results. Next year, even that week should be reduced, because we have everything set up. It’s a massive saving in time.'

There is no escape from admin. Wherever grant funding depends on accurate location data, there will be a need for robust validation and reporting. At the same time, everyone is under pressure to achieve more with fewer resources.

Reliable, repeatable automation, such as the rules-based validation described above, can dramatically reduce the time that experts spend checking data. And with the ubiquity of mobile devices, that automation can happen at the time and point of collection.

Bob Chell is Head of Consulting at 1Spatial