Get off my land

It is a landowner’s nightmare: an influx of uninvited guests setting up home on your land. The threat? Tension with neighbouring residents or businesses, disruption to your customers and your company, littering and defecation and, eventually, the potentially stressful and violent confrontation of an attempted removal. The presence of trespassers is not something that any landowner would relish. But eviction does not need to be a long and drawn-out process.

The first mistake that many private and commercial landowners make when considering evictions from their land is that they have to adhere to the Human Rights Act of 1998.

Councils certainly must: they have a duty to comply with relevant legislation, and this will remain the case even if we introduce a British bill of rights following our exit from the European Union. In this instance, government guidelines state that local authorities should obtain a court order to remove trespassers. Before doing so, they also have to undertake impact assessments, assess the welfare of groups such as children and the sick among the trespassers, and so on – all of which are time-consuming activities that nonetheless protect them from reputational damage and allegations of inhumanity.

Commercial and private landowners, however, are not bound by the same constraints, and their legal status as regards the removal of trespassers is quite clear. And though the temptation may be to get solicitors involved, we would advise against this – lawyers are costly in term of money and time, neither of which are commodities worth wasting on something that is actually quite straightforward, legally speaking.

What many do not realise is that Common Law rights – specifically those set out in Halsbury’s Laws of England, vol. 97 (fifth edition, 2010) – allow landowners to remove trespassers summarily.

The relevant area of Common Law here is the tort of trespass against property, meaning that landowners can evict people from their land but also seek damages for the trespass and obtain an injunction to prevent further trespass.

So how is this done? Clearly most landowners will have neither the will nor the personnel at their disposal – which is why they have recourse to civil enforcement officers.

As officers, all we actually need is a telephone call from the landowner, proof of landownership – usually available very simply through the Land Registry – along with written authorisation to proceed and an indemnity. 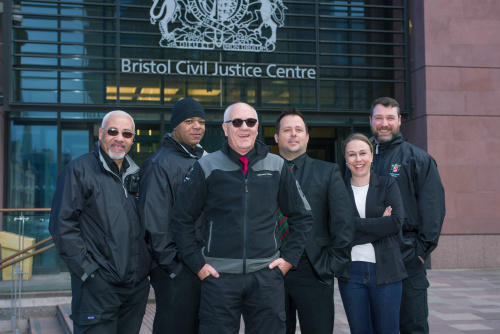 Figure 1: Steve Wood and the team at Able Investifations and Enforcement Solutions

The “use of reasonable force” is an important consideration when evicting trespassers from a commercial or privately owned site. What counts as “reasonable” depends on the individual circumstances, but comes down to the fact that the landowner or their agent must honestly believe that they only used the amount of force that was reasonable to complete the eviction and no more.

This can be very difficult to judge in the moment, especially for those who are not used to dealing with this kind of situation. So it is another reason to retain a private bailiff to carry out the eviction on your behalf, as they will have both the experience and the cool-headedness to judge what is reasonable under the particular circumstances.

Recently, we have started using video cameras to record our evictions. This has a dual purpose. First, they have the effect of deterring any aggressive behaviour on the part of the trespassers – people are less likely to behave badly if they know they are being recorded. Second, in the case of any dispute, we have video evidence to demonstrate we have behaved in a manner that is proportionate to the situation.

If you are planning on using your Common Law rights to remove trespassers yourselves, you should notify the police of your intentions. They can then send officers to be present during the eviction to prevent any breach of the peace. The police can advise you on whether they feel the particular circumstances at the time mean that it is safe to attempt an eviction or not.

Occasionally, bailiffs will also call in police support if we feel that criminal activity such as assault is likely from those we are seeking to evict. Again, this has the bonus of deterring the trespassers from any thought of escalating violence.

Many professions are modernising as a result of 21st-century technology and standards of business culture, and ours is no different. Gone are the days of heavy-handed staff in leather jackets managing evictions. In an increasingly litigious society, there is no benefit to be gained from this type of behaviour.

We are enforcement officers now, not bailiffs. We work professionally and quickly, with rapid response teams available around the clock, aiming for evictions within 24 hours. This normally means on the same day and, depending on the locality, within three or four hours.

You should make sure that the enforcement agencies you use for your evictions are properly qualified – all officers now need to have a minimum of a Level 2 qualification from the Chartered Institute of Credit Management. You should also be certain that enforcement officers have the correct certificates, that their insurance is valid, and that they have a £10,000 bond. We cannot work without such an insurance policy.

Of course, if you decide to do it on the cheap then there are budget options available; but we would certainly advise against it. Cases of serious trespass are likely to be few and far between, and cutting costs is only likely to cause you greater expense and headache in the long run than using the professional option.

Evicting travellers from your land can be a complex procedure if not done properly. Using an enforcement agency to assist with an eviction means your land is recovered quickly and legally. Operating under Common Law or, if necessary, the relevant sections of criminal justice and local government legislation, our team can respond quickly and legally.

Steve Wood is Managing Director of Able Investigations and Enforcements, and Wales and West Chairman of the Association of Civil Enforcement Officers