By 31 December 2020, all registered social landlords in Scotland must comply with the Energy Efficiency Standard for Social Housing, which aims to cut energy use, reduce fuel poverty and improve comfort for tenants.

Abertay Housing Association (AHA) of Dundee owns around 3,000 properties, and, as a registered social landlord, has thermally upgraded a large number of these ahead of the new regulations.

Unfortunately, some AHA properties are deemed to be “hard to treat”, including around 100 Atholl-system houses – properties built around 1927 for a UK government programme that promoted non-traditional construction methods under the Housing (Financial Provisions) Act 1924. With a steel primary structure and cladding, these properties mainly take the form of four-in-a-block dwellings.

The energy efficiency rating for each such property is currently 51, so the flats clearly require a significant intervention in order to comply with the standard. Table 1 shows the minimum requirements set out in the legislation; however, due to the age of the properties and their non-standard method of construction, it was thought that a conventional intervention might cause unintended damage to the building.

Before considering potential upgrades, however, it was essential to investigate one or more properties to confirm the construction methods that had been used and to ascertain their current condition. This article describes the construction and condition of one vacant ground-floor property to which we had full access.

Clearly, this published information was quite basic, and we required much more detail to progress properly. We were fortunate that a vacant flat became available early on for experimentation as a ‘living lab’, allowing us to open up isolated areas then, at a later date, completely strip all internal linings to expose the primary structure, external cladding and some areas of sub-floor.

We found that the construction of the primary structure, measured at 9mm thick, was as described, but there were interesting differences with the cladding and floor construction. The thickness of the cladding panels varied from 3mm to 6mm, and the vertical joint between the panels and stanchions was sealed with a material that resembled canvas; although, given that the properties are located in Dundee, it could very well be jute.

The floor joists were fixed to a wall plate on damp-proof course supported by a concrete ledge (see figure 1) with a sub-floor void of around 300mm. The most surprising discovery was made on the inner face of the cladding panels: at the top edge, each was shaped to form a lap for a joggle joint and bent inwards to form a horizontal lip (see figure 2). It is suspected that these were formed with the intention of giving rigidity to each panel. 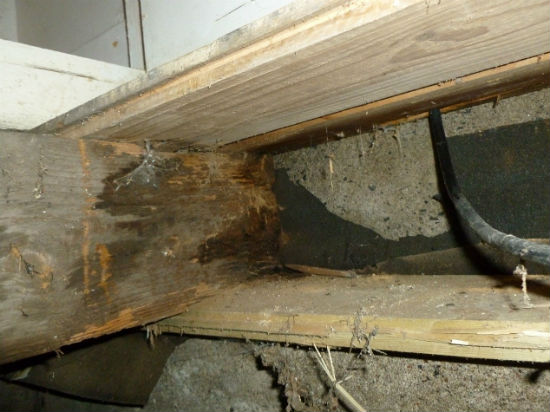 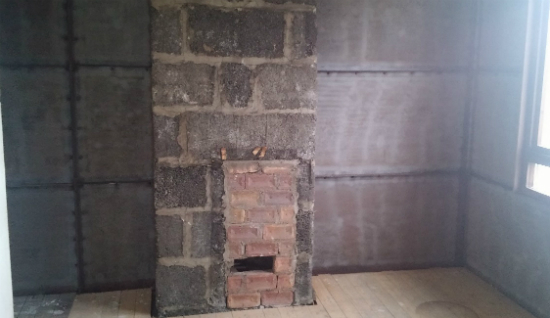 Figure 2: Internal elevation of stripped property. The horizontal lines are the upper section of each panel bent inwards to form the lip

With regard to health and safety considerations, we noted on our first investigation that there was substantial debris in some of the cavities. We had it tested and found that it contained lead paint, which had been the original protective coating. This required that we discontinue investigations until all internal linings had been stripped and the debris cleared in a safe and appropriate manner.

Once the property had been made safe, we could inspect the building in greater detail, and found the primary structure was in surprisingly good condition for a 90-year-old steel building. Prior to stripping the paint protection, we noted significant rusting to the stanchions. However, after the paint and corrosion were removed, we found the steel in very good condition. Clearly, our first inspection had found only surface rust.

The cladding panels displayed varying degrees of corrosion to their inner faces, but none of the panels had decayed sufficiently to warrant replacement. The main point to understand when inspecting a property of this type is that the horizontal lips are the most vulnerable part of the fabric. As they are flat, there is very little chance of them shedding water and they will therefore retain moisture on their surfaces. The condition of the lips ranged from very good, that is, unaffected by corrosion, to extremely bad, with a severe loss of section, or in some cases had disappeared completely (see figure 3). 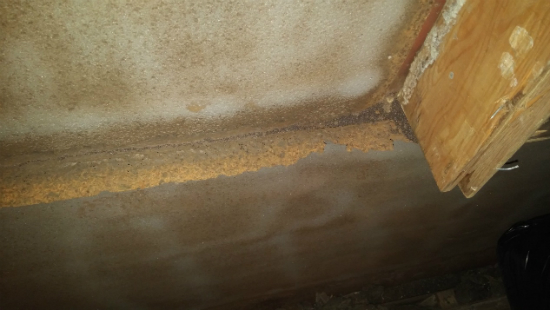 Figure 3: Severe corrosion of a horizontal lip adjacent to a window opening. Heavy corrosion was found at this level even away from the window itself

There was a trend to the deterioration: the uppermost lips, at window-head level, were almost all in excellent condition, while those at sill level were the opposite. At this stage, we are unable to ascertain why this pattern occurred; however, the same pattern has since been identified in other similar properties.

One of our more fascinating findings was that the orientation of the property significantly influences the condition of the structure and fabric. The property is around 2m below road level at the front elevation, and the general topography of the area slopes downwards towards this (see Figure 4). Combined with a lack of direct sunlight, this means the front elevation is permanently cold and damp. Therefore, the condition of the structure and fabric to the north-west-facing front elevation has deteriorated to a much greater degree than the rear elevation.

Figure 4: Location plan. Note the orientation of the property that served as the ‘living lab’, as indicated by the red marker; the front elevation faces north-east and is below the level of the main road

As a result, the front elevation:

Clearly, the south-east-facing rear elevation is exposed to a greater amount of direct sunlight and, as a result, it is thought that any water vapour that condenses on the steel will not accumulate. The heat will also raise the temperature of the steel surface, thereby reducing the potential for condensation to form. However, given that atmospheric corrosion starts at around 60% relative humidity, it appears that the conditions to the rear elevation remain below that.

The findings might indicate that Atholl houses are in better shape than first thought, and that refurbishment rather than demolition may be possible. But their construction is more complicated than the published information suggests, so the surveyor should approach them having undertaken the usual desktop study, while keeping an open mind.

The influence of topography and orientation cannot be underestimated. The property we investigated had two very different micro-climates to the front and rear elevations, which produced very different levels of decay. Be aware, too, that the combination of lead paint and corrosion may mean there is potential for the inhalation of lead dust particles.

Dr Michael Dignan is a lecturer at the Scott Sutherland School of Architecture and Built Environment, Robert Gordon University, Aberdeen