Until the end of the 19th century, the use of protective renders of lime or earth was a common form of external treatment for brickwork or for buildings constructed from clay or straw. Many examples still survive, illustrating the effectiveness of the materials and the skills of those who used them.

During the 20th century, however, the use of lime declined in favour of Portland cement, which, with its ability to set quickly, its considerable strength and its workability, was seen to be superior to hydraulic lime.

Today, we have a better understanding of the limitations and advantages of the way various render materials perform, according to their location and use. Conservation practitioners will be familiar with the limitations of cement renders and the harm they can do to historic structures; in contrast, many surveyors will be more familiar with buildings constructed over the last 100 years.

The purpose of this summary is therefore to deal with ‘modern’ cement-based renders rather than cover the considerable variety of materials in conservation practice. Nevertheless, conservation-led practice will likely lead to more successful outcomes than approaches that rely on, or seek to achieve, watertight external coating.

Aside from their obvious decorative function, renders are designed to give a degree of protection to facades that would otherwise deteriorate with exposure to the elements. Renders may also be used to provide a suitable basis for ceramic tiling or tesserae, finishes that were very popular in the 1960s and early 1970s.

Until the more widespread use of cavity walling from the early to mid-20th century, rendering was used to improve the performance of solid, 9-inch brick walls that in exposed situations would otherwise become saturated. Problems arise when the permeability of the coating is reduced either by design or the gradual build-up of paint coatings.

Consider an analogy with raincoats and overcoats: a raincoat will shed water and, theoretically, keep the wearer dry; however, if the seams fail then the raincoat is hopeless. Water that gets through the fabric takes a long time to evaporate, and combined with the wearer’s natural generation of vapour, it means conditions can become very uncomfortable. By contrast, an overcoat does not shed water but absorbs it until it becomes saturated; water can evaporate and, because the coat is highly permeable, it can escape from inside as well.

This is obviously a simplistic example, but the similarity between dense impervious renders – ‘raincoats’ – and softer, more permeable finishes – ‘overcoats’ – has a big influence on the performance of a building. It is very difficult to achieve a watertight coating, and usually far better to aim for a breathable overcoat.

Cement renders tend to be very dense and, if not totally impermeable, they are certainly highly resistant to vapour transfer. Coupled with the build-up of multiple layers of masonry paint over the years, this means the permeability of the finish decreases and the risk of water entrapment and interstitial condensation rises. Such water retention can be very harmful to a building, particularly if the masonry is constructed from lime mortar; this will deteriorate, and the effects of freezing and thawing can result in delamination and cracking. 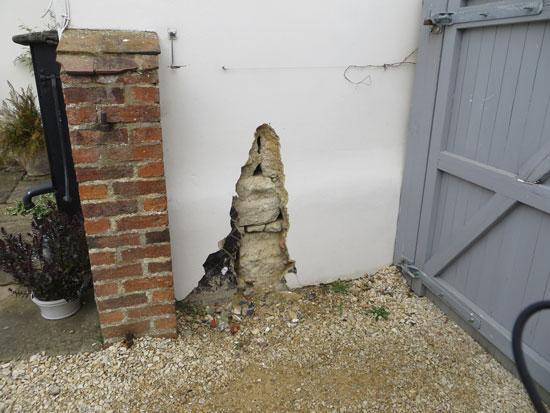 Figure 1: The application of a cement render over an old stone wall has resulted in serious water entrapment and subsequent deterioration of the lime mortar in this example

For many buildings constructed during the 1930s, internal, sometimes apparently inexplicable, damp patches often relate to rendering problems and water entrapment, possibly with defects at a higher level permitting water to enter the building and be drawn downwards by gravity. The dilution of deliquescent salts – which liquefy – and hygroscopic salts – which absorb moisture – from the masonry and their subsequent deposition at or near the internal wall surface can be very troublesome, and consequently damp patches will often persist even after the rendering defects have been repaired.

Buildings are not static; they move according to changes in temperature and moisture throughout the year, and can expand and contract irreversibly. If the render can accommodate these changes then all is well, but if not, cracks will form and these will allow water ingress. A good rendering system must be sufficiently flexible, with suitable provision for movement, to avoid cracking.

One method of dealing with this, and with soft, unstable surface materials as well, is to use a wire render carrier and treat the render layer very much as a rainscreen. Some render carriers can be supplied with a separating layer of building paper for this purpose.

Sulphates are a common culprit in the failure of a building’s exterior, particularly with features such as chimney stacks and exposed party walls where the surface can become saturated. Some common bricks have a highly soluble sulphate content that can be released in damp conditions. As sulphates react with water, ettringite can form where the render meets the surface to which it is applied, and problems such as spalling and brick joint expansion can occur; such failures can be confused with frost attack.

Unfortunately, simply replacing the render is unlikely to provide a long-term solution, and further cracking and water ingress can be anticipated. Always avoid render on sky-facing surfaces, such as the top of a parapet wall. 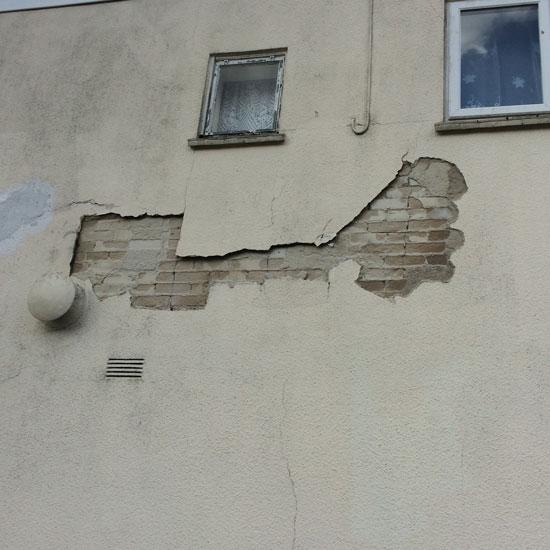 Figure 2: In this case, spalling and deterioration of the calcium silicate wall have created an unstable background and will lead to further failure of the render unless a separate carrier is provided

For many years, construction practice in the UK has employed cementitious render with a smooth trowelled surface. Such finishes tend to develop a strong surface layer as part of the trowelling process, which can lead to shrinkage cracking and water ingress. By comparison, the European practice of using a textured surface, which gives greater area, will perform much more like an ‘overcoats’ and be less prone to cracking, so long as the mix is right.

Buildings are not static: they move according to changes in moisture and temperature

A lime:cement mortar will be more vapour-permeable and slightly more flexible than a cement render while encouraging a strong bond between mortar and masonry units. A flexible render of 1 part cement, 1 part lime and 6 parts sand offers a high level of absorption and reduced cracking, thus enabling swifter drying by evaporation after damp penetration, and reduces problems related to frost and chemicals.

In comparison, a sand–cement render will be brittle and inflexible; even though little water will be absorbed, some will penetrate and become trapped behind the render via cracks, and various forms of deterioration are likely to occur.

The most important lesson therefore is that a rendering system must be designed to be vapour-permeable; it needs to follow the principle of a stronger backing coat and weaker external coats, never the reverse.

The render must adhere securely to the material to which it is applied because subsequent detachment will jeopardise its effectiveness as well as threatening health and safety. Secure adhesion can be ensured by cleaning away any loose particles and applying the render to a sound, textured surface.

Other ways to improve adhesion involve hacking the surface, applying a surface bonding agent or fixing metal lathing. If lathing is used, ensure that the fixings are appropriate for the job – it is not unknown for large sheets of render to collapse as a result of corroded or unsuitable fixings.

While render failure is often attributed to delamination from the surface, this is not necessarily the reason. One may spend a good deal of effort hacking off loose areas and sealing cracks, but if the fundamental problem is lack of permeability then the process may not be entirely successful. Replacement with a lime-based mortar or a contemporary pre-bagged, polymer-modified system may yield better results.

Nevertheless, there are many occasions when wholesale replacement is inappropriate or unaffordable. In these cases, the extent of delaminated render can be determined by the hammer test, save that this is a fairly imprecise method; invariably, the release of surface tension as loose render is subsequently hacked off leads to a degree of peel-back on otherwise sound areas.

An alternative method of diagnosis is thermography, but for this to succeed the equipment must be sensitive to very slight changes in the thermal performance of delaminated areas, and obtaining appropriate temperature differentials can be tricky. Patch repairs are best undertaken using a mix as close as possible to the existing one.

There is a wealth of published information on the subject of rendering and the selection of appropriate mixes. Success or failure depends entirely on the degree of care taken in selection and mix design, but attempts to create a watertight envelope are likely to result in disappointment. A flexible, breathable coating should be the goal.