A thing of beauty

The Bridport Waste Management Centre (WMC) in Dorset has garnered a series of prizes, including a RIBA South West Award, as well as being highly commended in the RICS Awards South West.

Bridport sits in one of England’s 34 Areas of Outstanding Natural Beauty (AONBs), and its sensitive landscape has meant that the process of finding a suitable location for a waste management centre has proved difficult and contentious, taking some 20 years. 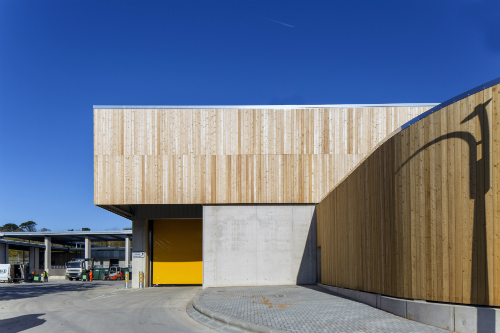 Figure 1: The centre is clad in Siberian larch to reduce its apparent bulk

In its citation for the award, however, RIBA stated that the facility is 'a bespoke, considered, ruggedly handsome building that elevates the type', acknowledging that such facilities are usually among the 'maligned building types' that 'generally do not benefit from the design attention that their scale and visual presence would otherwise warrant'.

The government’s national policies on land use planning are set out in the National Planning Policy Framework. Paragraphs 115 and 116 of this contain policies on protected landscapes, including AONBs, and confirm that great weight should be given to conserving landscape and scenic beauty. They also set out the need to refuse major developments unless exceptional circumstances apply and it can be demonstrated that the plans are in the public interest.

It says that 'consideration of such applications should include an assessment of:

Despite this, AONBs are coming under increased pressure from unplanned, inappropriate development. The 2015 National Trust publication AONBs and development offered a series of case studies and identified shortcomings in the way planning policy is being applied. One finding was that national policies and procedures need to be taken into account when making decisions in AONBs.

In the mid-1990s, it was recognised that disposal space in the west of Dorset was in short supply as local landfills reached capacity and closed. The Landfill Directive (Directive 99/31/EC) also significantly reduced the amount of biodegradable municipal waste that could be landfilled.

As part of the Dorset Waste Strategy, a series of waste management centres was proposed at which smaller waste volumes could be bulked up and transferred to larger facilities. Bridport was identified as a location for one such WMC, and there was also a need for a new household recycling centre (HRC) for the town following the closure of the facilities at Bothenhampton landfill and a need to replace an inadequate temporary facility. The lack of suitable facilities was resulting in waste collected in Bridport being delivered to remote landfills at considerable environmental and economic cost.

Significant environmental and policy constraints pertain across the area of search, including those that apply to the AONB as well as the Jurassic Coast World Heritage Site and Heritage Coast. Bridport is located entirely inside the AONB and at least 10km from the nearest undesignated area; developing outside the AONB would not be sustainable.

There was also a need to meet the proximity principle and manage waste close to source. Providing separate HRC and WMC sites was considered as an option, but discounted because of the difficulty of finding not one but two suitable sites.

In 2009–10, 40 potential sites were reviewed, having been identified through previous alternative site assessments, public consultation and the preparation of the waste local plan. Property agents were contacted, the District Economic Development Team consulted and a local commercial property database searched.

These sites were reviewed against the locational criteria identified in Planning Policy Statement 10, Planning for Sustainable Waste Management, which applied at the time. Indicative layouts were then developed for seven sites, and further environmental assessments and consultations with the public and regulatory bodies were undertaken.

In considering the planning application, the Dorset AONB team was able to conclude that the Broomhills site was the best among those available. It was carefully selected to protect the character and quality of the AONB, the Heritage Coast and World Heritage Site, while providing accessibility and functionality. The facility is partly situated on brownfield land, a run-down plant nursery and farm adjacent to the A35, close to the town, and it has good highways links.

Effect on the environment

Nicholas Pearson Associates was lead consultancy and designed the scheme, along with Dorset Highways, architects Mitchell Eley Gould and a team of environmental and transport consultants for the Dorset Waste Partnership and Dorset County Council. From the outset, the principles of sustainability were followed, with the aim of implementing a high-quality scheme that considered the needs of its users and was appropriate to the wider setting. 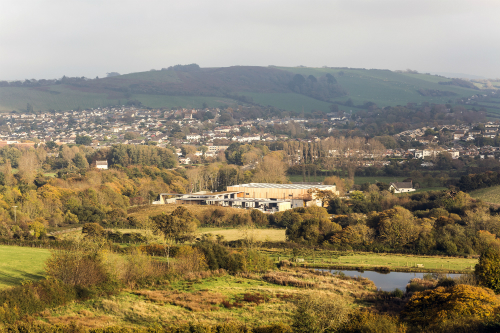 Figure 2: The intention for the building was not to screen it but rather integrate it with the natural landscape, retaining existing trees and hedgerows and augmenting these with new planting

The working side is designed for ease of use with clear passage for large vehicles through the site. The waste transfer barn is also lined internally with soundproofing panels.

While the building is large, the design allows it to sit comfortably in the landscape, and the Siberian larch cladding helps to reduce the apparent bulk. Features such as the large tanks for fire suppression sprinklers are clad in the same way so the site does not become a sprawl of highly visible equipment.

The location also includes a Site of Nature Conservation Interest. The scheme made sustainable improvements to this to protect its special features, including wet, neutral grassland habitat, as well as enhancing public access. The landscape design retains existing trees and hedgerows and augments these with new native planting.

The intention was not to screen the building but rather to integrate it with and enhance the surrounding natural landscape. The landscape design also addresses hydrological issues through the addition of attenuation ponds and water cleansing, while the new hard landscape incorporates permeable paving in the public areas. This approach ensured that mitigation measures were embedded in the scheme rather than added as afterthoughts.

The scheme was completed on budget in time for opening in October 2015. Site operators continue to implement the landscape and ecological management plan and are responsible for ongoing site management and maintenance, such as the control of noise, dust, litter, pests, odour and fire.

The community sees this as a positive building in use and ambition. This is important because, as RIBA notes, this 'is a public building, arguably visited more often by more people than other public buildings in the town'.