As building obsolescence and depreciation become more common, building surveyors must consider adaptation within a use or between different uses with greater frequency.

Commercial real estate markets are not uniform; instead they have distinctive locations, traits and rhythms of change. Occupier requirements are dynamic and increasingly short-term, whereas physical development lags these, being sluggish and illiquid.

In recent decades authors such as John Henneberry and Richard Barras have argued that this situation is reflected in the enduring tension between the fixed nature of the urban built environment and the relative fluidity of the socio-economic processes that it accommodates.

Ultimately, commercial real estate is a derived demand, so land and buildings must adapt to contemporary needs or they will:

Viewed this way, commercial real estate is not a rigid construction but a temporary manifestation of human activity.

This somewhat abstract conversation may seem a million miles away from your daily work, but it should be a principal concern for all practising surveyors.

Inefficiency in the urban built environment is hiding in plain sight in every town and city centre. How many commercial buildings are fully occupied and used to their maximum potential? How many retail buildings are active above the ground floor, and how many offices use all their available space productively?

Many practising building surveyors may well view our call for greater engagement in building adaptation with some disdain, especially as they are already likely to be involved with the opportunities and challenges this presents on a daily basis.

Indeed, adaptation of buildings and the wider urban environment is not a new phenomenon; ever since the first building was constructed, the next thought has been what we can do to better align our built environment with developing user requirements. But what is new is the increasing frequency of commercial building obsolescence and depreciation as a result of new technology, changing working practices and societal norms.

Consequently, adaptation has become increasingly common. In recent years in the USA, the New York High Line has become the poster child for adaptation in the built environment, spawning similar projects all over the world when it was converted from obsolete transport infrastructure into a linear public park (see figures 1 and 2).

In the early 2000s in Newcastle in the UK, the mixed-use residential and leisure development 55 Degrees North showcased the successful re-use of an obsolete office building in the middle of a roundabout with a motorway running underneath it (see figure 3).

More recently, a long-disused sweet manufacturing plant in the same city has been transformed into an award-winning serviced office facility for the digital and creative industries, the Toffee Factory (see figures 4 and 5). Encouragingly, there are now outstanding examples such as this throughout the UK; read more about it in the RICS Awards 2016. 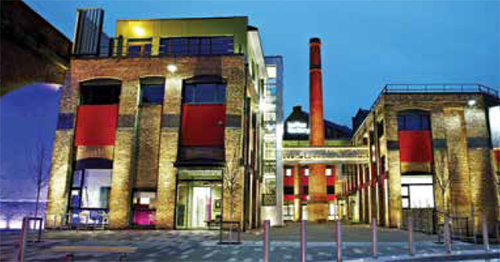 Figure 5: The Toffee Factory has now been transformed into a digital and creative office space

The end of the office

Following the opening of the Frank Gehry-designed Facebook headquarters in California, US architect Marc Kushner heralded the end of the office, arguing that social media is changing the way we consume the urban built environment. This statement is not necessarily as hyperbolic as it may first appear, because technology is increasingly pervasive.

It is therefore credible that, in the near future, we could work everywhere and anywhere. Consequently, large office floorplates and the investment certainty of the medium-to-long-term lease are increasingly redundant. In response, office landlords and investors are looking to switch their capital into alternative, more profitable forms of building use.

Research into adaptation has been conducted in both the Netherlands, by Hilde Remoy, and Australia, by Craig Langston and Sara Wilkinson (Sustainable building adaptation: Innovations in decision-making). However, research into mature office market locations is rare. We have to go back to the work of David Kincaid at University College London in the mid-1990s for the only real exploration of this issue in the UK (Adapting buildings for changing uses: guidelines for change of use refurbishment).

Making good this deficit in knowledge, research conducted by the Department of Architecture and Built Environment at Northumbria University has identified nearly 15,000 vacant office properties in the UK based on a sample of 27 locations, equivalent to 29 million sq. ft or 2.7 million sq. m of floorspace and £325 million in lost rent. Some 90% of this stock was secondary and predominantly built in the pre-war period (34%) and during the 1960s and 1970s (37%).

Traditionally, the decision to refurbish, adapt (often into a new use) or redevelop was consistent with the 25-year lease that, in turn, afforded a certain degree of security. However, we now face a situation where conveyance takes place more regularly – 2- to 5-year lease structures are more common and buildings are regularly obsolete in functional and economic terms before the expiration of their physical potential.

Recognising this situation, the government has begun to legislate. In 2013, the coalition government introduced permitted development rights (PDRs) for office-to-residential use conversion, which were later made permanent by the Conservative government in 2016.

This has had a significant impact in central London although less so further north, because in many locations outside the capital potential rent is not high enough to justify the cost of building intervention. In these locations, the less well-known Business Premises Renovation Allowance (BPRA) has had more influence in reducing the cost of conversion into alternative uses in eligible areas. (For information on the UK Assisted Areas that the BPRA supports, visit gov.uk).

The BPRA has in fact had more effect on the hotel sector as housing re-use is precluded under the scheme. While the true impact of both PDR and BPRA is unclear – for instance, gaining prior approval for conversion into residential use under PDR indicates intent to convert rather than the commencement of works – what can be identified with confidence is the increased interest in building adaptation as a viable means of creating an enhanced rate of return for landlords, developers and investors.

Consequently, while there might not have been as much office-to-residential conversion activity as some of the more hysterical estimates in the media suggest, there has been a great deal of feasibility investigation conducted into the potential for adaptation.

This indicates that the requirements, certainties and norms of traditional redevelopment activity do not exist in an adaptation project; instead, uncertainty, risk and preliminary valuation become the norm as projects unfold.

Research participants, including representatives from the investment, agency, building management, design and public sectors, indicate that the skills and experience needed to carry out this work are in short supply, and are further undermined by market practices that assume new buildings will remain in the same use in perpetuity. In response, the consensus has been that adaptation must be embedded in both further and higher education as well as in continuing professional development.

To this end, undergraduate students on the BSc (Hons) Building Surveying at Northumbria University encounter the complex requirements and trade-offs involved in adaptation during their final year Design and Construction Economics module. This gives them an opportunity to work on an obsolete building and consider its potential future uses.

The students are organised into companies and encouraged to consider the entire building lifecycle, to develop an understanding of commercial and economic viability alongside the complications of working with existing building conditions. At the same time, they get involved with some of the beneficial consequences of new technology, such as building information modelling, 3D visualisation and laser scanning to examine the potential impact of adaptation.

In time, as operational carbon is less of an issue due to the success of energy management processes, embodied carbon will form a greater part of a building’s carbon footprint. Therefore, there will be even more onus on preserving the energy held in the built environment and this means finding ways to continue using the buildings we already have.