Last summer was a dark time for the large-scale solar and wind markets. Once the Department of Energy and Climate Change (DECC) had withdrawn its incentives – the Renewable Obligation Certificates, Feed-in Tariff and Contracts for Difference – the demand for sites from renewable power developers dried up. It has yet to return.

Nonetheless, these markets are still providing well over a thousand landowners with predictable, long-term revenues. In securing lucrative leases between developers and site owners, rural practice firms also enjoyed this extraordinary bubble. But while their clients can enjoy high, index-linked ground rents for the next 30 years or so, renewables income all but dried up for land agents in the second quarter of 2016.

The UK energy sector, like those elsewhere in the world, is in a state of dramatic and unpredictable change. Some of this is driving strong demand in non-renewable power technologies, which is in turn pushing a demand for sites – demand that will arguably be greater in the coming five years than it was for wind and solar from 2010 to 2015. With ground rents approaching £100,000 per annum for prime sites of under an acre in size, this is a development worth understanding.Furthermore, market forces and the various pressures on policy-makers are such that the UK is bound to see a resurgence in utility-scale renewables.

A question of capacity

DECC’s overriding responsibility is to provide security of energy supply to UK homes and businesses, but it is becoming increasingly challenging to fulfil this responsibility. Since 2010, 26 power stations have been decommissioned and DECC has called time on coal-fired power. A further 43 power stations are scheduled to close by 2030. Altogether, these closures represent a total of 50GW, which is 55% of UK power capacity.

The mechanism for ensuring investment in new capacity – which is vital to keep the country’s lights on – is the capacity market. This is a yearly auction that provides an annual retainer to operators, paid on a per-kilowatt basis. New-build schemes attract 15-year capacity contracts.

An important feature of the capacity market is that it does not differentiate between technologies, levels of effciency, emission levels or the cost of power generated. The bidding process naturally favours schemes that are cheaper to install or which have the greater number of revenue streams.

The cheaper power plant technologies to acquire and install are reciprocating engines, the gas- or diesel-fueled internal combustion engines known as gensets. Like solar and wind farms, these are typically between 5MW and 20MW in capacity.

Deployment costs include connection to the grid. Being relatively small in scale, gensets are normally embedded in the distribution network, and therefore benefit from the relatively low connection and operating costs associated with connecting at 11,000V or 33,000V. By contrast, combined-cycle gas turbines (CCGTs), against which gensets compete in the capacity market, typically inject into National Grid’s transmission network and bear the significant costs of connecting and operating at higher voltages – 275,000V or 400,000V.

There are also revenue streams exclusively available to embedded generators, which include payments from distribution network operators (DNOs) and, indirectly, from National Grid, notably its Triad market (see below). Smaller, embedded schemes deployed on farms can therefore secure the reliable, lucrative and long-term new-build capacity contracts.

A 20MW genset scheme awarded a capacity contract following the 2015 capacity auction will earn predictable capacity payments of £340,340 plus VAT per year, index linked, for 15 years from 2019. This amounts to more than £5m from just one of the available sources of revenue.

DECC will increase the volume of capacity it will buy in the December 2016 auction and hold an extra auction in early 2017 for contracts to start that year. This will result in up to 20GW of new-build capacity contracts being let over the coming two years.

Given that only 2GW of new-build capacity was let in the 2015 round, that is a significant increase in demand. Unless the laws of supply and demand fail, the clearing price that will be achieved at the 2016/17 auctions – that is, the annual retainer paid to operators – will be higher than the £18/kW achieved in December 2015.

As well as driving up ground rents for prime land, this situation will loosen operators’ relatively tight criteria for sites, and therefore open up more landowners’ ground for development.

For example, operators will invest more in electrical grid connections, so immediate proximity to the 33,000V network may be less critical. Likewise, they may bear the cost of running longer pipelines to access the gas grid, and their demand for sites will increase their tolerance for those they might previously have rejected on planning grounds.

Winter peak demand, which reached 51GW in winter 2014/15, is primarily managed in the Triads. These are a per-megawatt penalty imposed on energy suppliers for their net supply of power during the three half-hour 'settlement periods' of highest national demand in winter, from November to February.

Energy suppliers avoid these penalties by buying power from genset operators during the peak demand windows. As Triad avoidance revenues can be around £35,000/MW, generation during these periods is very lucrative.

National Grid accesses extra power via its reserve services, the most widely known of which is short-term operating reserve (STOR). The STOR acronym has become synonymous with gensets, although this is not necessarily helpful given that it is just one of a raft of revenue opportunities available to operators, and is typically of lower value than both capacity market and Triad-avoidance revenues.

Of increasing relevance are the frequency response services, which National Grid operates to balance grid frequency; frequency is a changing variable determined and controlled by the second-by-second balance between system demand and generation. To keep system frequency within statutory limits, National Grid procures generation and demand reduction that is held in automatic readiness.

An operator’s frequency response revenues will be determined principally by the speed of power output that it can provide. The faster the response, the higher the revenues that will be available. As a rule, power storage technologies such as battery and flywheel respond the fastest, followed by pumped storage, diesel gensets, gas engines and then gas turbines.

Diesel power plants produce higher emissions, kilowatt for kilowatt, than coal – but they also provide the cheapest capacity in National Grid’s annual capacity auctions. This is at the cost of cleaner power technologies, such as CCGTs, which would otherwise secure lucrative capacity contracts.

DECC is addressing this issue. In its March 2016 capacity market reform publication, it stated that it 'plans to take swift and appropriate action', indicating that the Department for Environment, Food and Rural Affairs will consult on emissions limit values this year and that legislation is likely to come into force in 2018. These emissions limits will halt the proliferation of diesel gensets, and those landowners or agents tempted by diesel developers’ money should beware.

In 2015, National Grid announced its 200MW enhanced frequency response (EFR) market with a performance criterion of deploying 100% active power output within a second of registering a frequency deviation. One of the few technologies that can meet this criterion is battery storage. 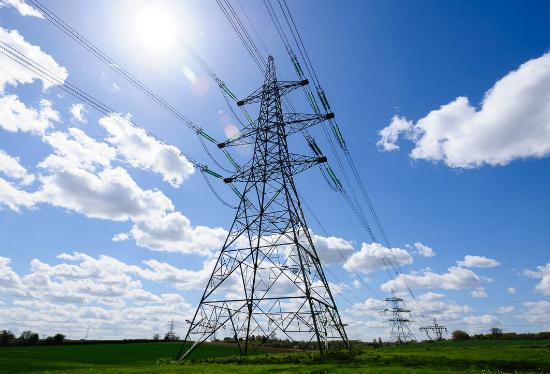 This market, whose first auction is scheduled for June, was publicised just as DECC withdrew incentives from the solar and wind industries. A number of developers therefore dragged themselves from the renewables industry towards battery storage and are offering farmers leases, in order – theoretically – to operate battery schemes on their ground.

While National Grid is procuring this 200MW in as few as four contracts of up to 50MW, these developers are undeterred. At the time of writing, the country’s three largest network operators – Western Power Distribution, SSE and UK Power Networks – had already received 10GW of grid connection applications for battery storage schemes. This EFR market is arguably 50 times over-subscribed already.

Figure 2: Grid connection at higher voltages can be a costly consideration

Given that EFR schemes don’t benefit from the bulk of the revenue streams available to other power plants – capacity, balancing services and the energy market – and battery technology is incredibly expensive at present, gensets will be more appropriate than batteries for many sites.

The emerging and evolving power plant markets are attracting new entrants on an almost daily basis. In these markets, accessing and maximising all the available revenue streams is incredibly complex. Sometimes, as with battery storage, there are considerable risks associated with the technology. In all cases, significant capital is required. It is an unfortunate fact that developers, particularly those in the storage market, often lack expertise, and many cannot bring a significant scheme to fruition.

The right to connect to the grid is the key to any power scheme, and the premium paid for sites relates directly to the scarcity of these. Grid rights for a single site have, in some instances, been worth over £5 million for a 30-year lease. This should focus the mind. 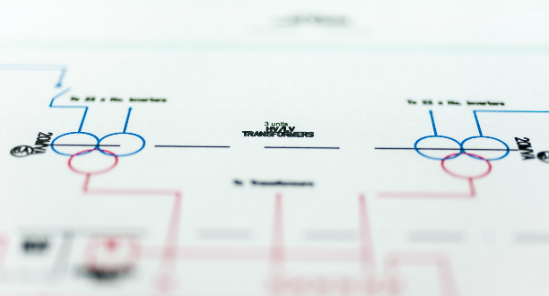 Figure 3: The energy market is transforming and landowners need to beware of signing away grid rights

As competition for dwindling grid capacity increases, the value of technical, strategic and tactical grid-related skills also increases. Identifying connection opportunities, creating grid rights, safeguarding those rights and safely marketing a site to the most appropriate operators of the most suitable technology all require specialist expertise.

Furthermore, understanding the pitfalls that will rob a landowner of their chance to benefit from grid rights is fundamental. While there are many common errors, the most frequent is signing a letter of authority allowing a developer to submit a grid application for a site.

By doing so before terms are agreed, your client will also be signing away their grid rights, handing control to the developer. The client is thereby denied both a raft of risk mitigation measures and the opportunity to put their site out to competition, and they will negotiate from a position of weakness.

The future of rural power

The future of large-scale rural power lies in the buoyancy of the markets for embedded power technologies and in the availability of cost-effective grid capacity.

Gensets are certain to provide revenue opportunities in the short term, although Ofgem is consulting throughout this year to remove embedded benefits, which are perceived to give peaking schemes an unfair advantage.

There will be over 25GW of intermittent generation, mainly in the form of offshore wind, deployed between now and 2020. This will increase National Grid’s demand for grid balancing services from genset and storage operators, and therefore increase revenues.

According to Carbon Trust estimates issued in March, storage could save the UK £2.4bn by 2030, and the capital cost of battery technology will halve by 2020. One day soon, battery operators – of which there are a limited number of experienced and well-resourced players – will be able to offer value for a wider pool of landowners.

Renewable power technologies, which are normally intermittent by nature, will in the short to medium term rely on a change in energy policy. A policy reset is long overdue, and recent signals from industry and the government suggest that legislation may be passed to enable a more diverse mix of technologies to meet the UK’s 2030 and 2050 decarbonisation targets. A resurgence in renewables is likely.

Grid availability, while being helped by innovation and investment at the DNO level, will continue to deteriorate. So a significant policy shift will be necessary if rural power is to achieve its full potential.

The rural power sector is becoming increasingly complex and changeable, and as a result harbours a growing number of risks. Independent advice should be sought from specialist grid advisors who have the strategic, tactical and technical expertise to create, safeguard and monetise grid rights for your clients.

Understanding the sophisticated rules and regulations around the capacity market, balancing services and renewables incentives and keeping up to date with policy are all necessary in creating value for landowners.