Chimneys in older buildings need careful attention and upkeep to maintain building fabric and avoid the risk of fire, as the first of two articles on the subject details

Chimneys and their component parts – hearths, flues and finishing details – are an important part of traditional buildings. Ending as the highest, most exposed part of buildings, they require regular maintenance, and occasionally more extensive repair.

Chimneys’ exposure to the stresses of wind, rain and temperature variation brought by the changing climate along with poor maintenance can often cause traditional building fabric to become damp. Many inspections incorrectly blame roofing material and the masonry of walls for dampness when it is in fact caused by water ingress to gable ends and wall heads as a result of chimneys kept in poor condition.

The word ‘chimney’ means the building elements making up a system for combustion of fuel for heat and cooking in a home, forge or other place, while ensuring the smoke is taken out of the building. The use of fire in homes for cooking and heating dates from prehistoric times and is innately associated with warmth and comfort. Such fires, or hearths, were originally set in the middle of a room, with smoke rising and escaping via an opening or vent in the roof.

It was not until the early medieval period that developments in masonry construction allowed hearths to be positioned against a wall, with a hood extending out to catch the smoke and route it upwards through the wall, forming a flue. This was a significant development in building technology and allowed for cleaner interiors and a reduction in medical conditions resulting from smoky internal environments, although problems persist in some developing countries today. Such hearths and chimney systems started to appear in medieval Europe from the 10th century and were an indication of status and wealth, available to very few.

Not only do hearths and flues catch the rising smoke, increasing personal comfort, but the upwards motion of hot air due to the draw of the flue results in more efficient combustion in the hearth, increasing the fire’s temperature. This draw also enables air exchange in the room, and thus helps manage internal moisture and air quality. 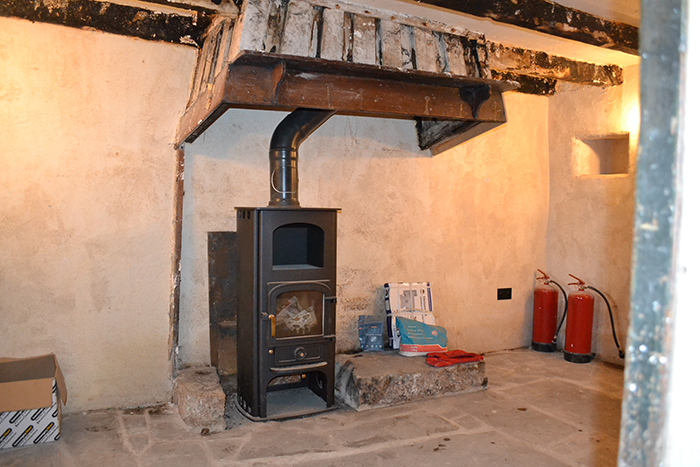 Figure 1: A ‘hanging lum’ dating from the early 19th century at a croft house in the north of Scotland

Chimneys were rare in the early Middle Ages, but by 1400 most homes in Europe had a hearth and chimney as we would recognise them today. It is likely that vernacular building techniques copied the early masonry hoods, and successfully used lower-cost materials to form hearths and flues. In some parts of Britain and Europe these traditions continued; in Scotland the ‘hanging lum’, formed of timber yet redolent of its medieval ancestor, was in use until the early 20th century. A good example is the timber hood and chimney in the parlour of a croft house near Braemar in the north of Scotland (see Figure 1).

Gradually, the burning area was set further back into the wall, giving rise to the familiar combination of hearth, flue and chimney stack. In Scotland, where the stone walls are often thicker at around 600mm, the flue could be located within the wall; in other parts of Britain, where walls are thinner, a wider area, either internally or externally, is required to accommodate it.

The chimney stack took the smoke clear of roof coverings, especially flammable thatch. Early flues were thin and rectangular, being designed for larger wood-burning hearths, but by the 18th century they had become mainly square as the gable ends of buildings had to fit multiple flues, which were divided by thin slabs of stone called feathers. These are vulnerable to decay and are a common defect and weakness in older properties, often eroded by the products of combustion and the heat of the flue gases. 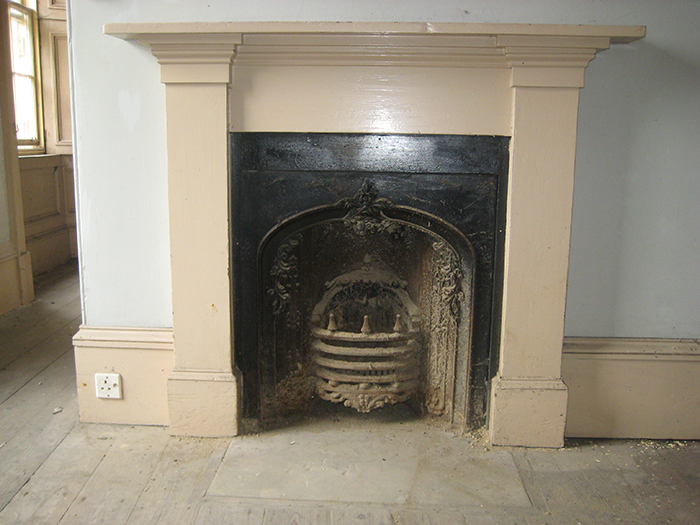 Masonry flues, by being routed up through a building, represented a large quantity of stone that had considerable thermal mass, keeping the centre of the building warm and at a steady temperature. As fuel types changed, generally favouring increasingly intense sources such as coal, this resulted in smaller hearths, often with cast-iron grates. Figure 2 shows an image of one such dating from around 1840.

Most flues were given a layer of plaster internally so there would be a smooth flow of smoke and all gaps were filled; this is a feature called parging. The top of a chimney stack would then be finished with a stone covering, often called a chimney cope; while changing architectural styles give different shapes and finishes to this feature, its overall aim is to ensure water is shed from the chimney top (see Figure 3). 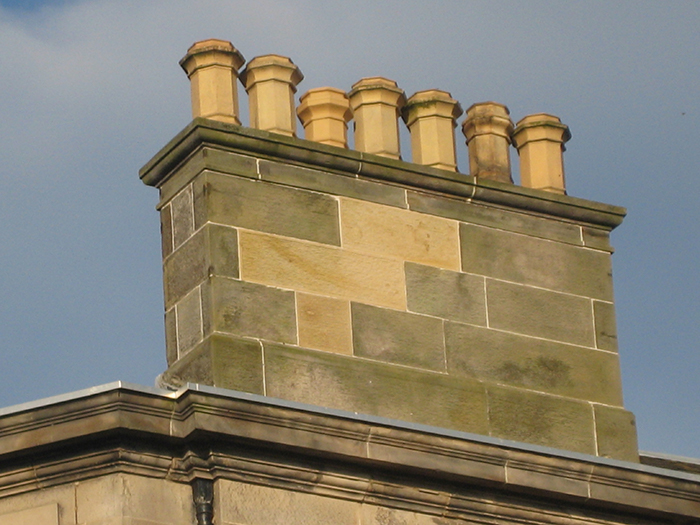 Depending on the date of construction or the architectural style, fireclay chimney cans or pots are fitted to each flue to improve the draw. They mainly date from the 19th century, when they also gave an opportunity for architectural embellishment, but they can also prevent downdraughts and protect against water ingress if a cowl is fitted. The technology of combustion and the exact design of hearths is an area of much discussion, and not in the scope of this feature, though it is worth noting there are many different words for domestic fires, with some regional and cultural variations.

The masonry or brickwork of the chimney stack is obviously the most exposed element and requires regular attention. Defective masonry can sometimes be identified visually from the ground, with fallen pieces of pointing or stone indicating failure. As chimneys are relatively hard to access, defects in the fabric often manifest as damp coming through the linings of the rooms adjacent or below. This can show externally as an inverted plume of staining on the masonry, and internally the plaster can discolour, often showing around cracks. 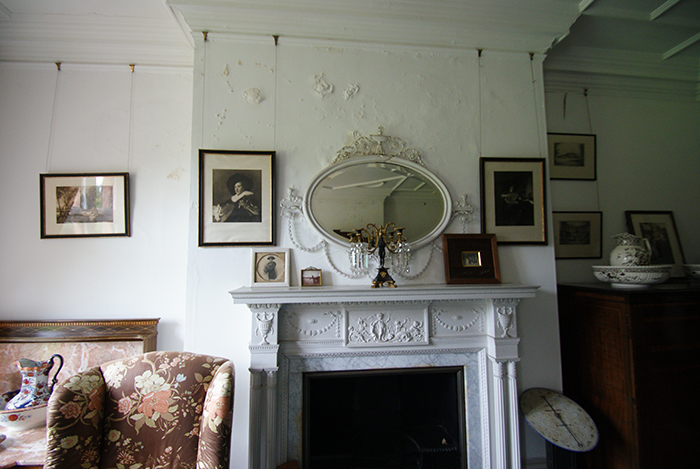 Figure 4: Water ingress in the chimney above is showing lower down through blistering paint and staining

In serious cases, the tar and combustion deposits in the chimney are mobilised by water and seep through the plaster lower down, discolouring it and blistering the paint (see Figure 4). Such deposits, usually termed sulphates, can lead to the formation of sulphuric acid, which damages cement-based mortars due to expansion of the binder and aluminates in the ordinary Portland cement. Some forms of early engineering brick are also damaged this way, although lime mortars are less affected given their lower aluminium content.

Over many years, fires will lead to the formation of chemical deposits called salts, which accelerate the decay of stone or brick. Such deposits will always be present, but the effects are minimised if the chimney is dry and well ventilated. Some materials are also affected by sulphates in the flue deposits; many types of brick can as a result progressively break up. The parging layer is often the first to break down, and is revealed by pieces of plaster landing in the hearth. While this is not serious, it shows the internal lining of the flue may need attention. The feathers, which were used before ceramic liners, gradually break down and smoke can then pass between flues.

Depending on the local stone, the rubble of the lining can also break down; this is common on gable ends where the masonry is thin and there is damage from both inside and outside. The mortar holding the chimney cans breaks up and they become loose, known as flaunching, leaving them vulnerable to movement in high winds. The masonry pointing of the stack may also become eroded and decayed, letting in water and allowing plant growth. Wet or damp masonry is also vulnerable to frost damage. 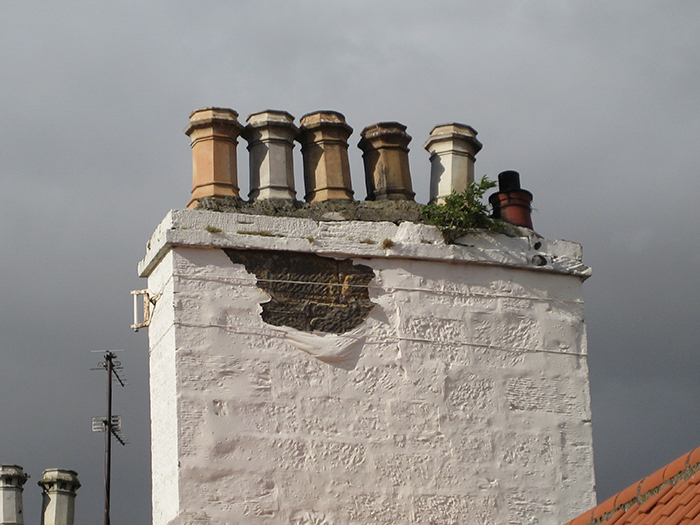 Figure 5: A traditional chimney in poor condition. Note the plant growth and the paint blistering as it is thrown from the stone surface

Figure 5 shows a chimney in poor condition, with all the above defects in evidence. It is likely that internal masonry such as bridges and linings is also damaged and clear that impermeable masonry paint has been used in an attempt to keep water out. As the masonry defects have not been addressed, this inappropriate remedial treatment is simply retaining water, accelerating damage, and paint peels away. A well-maintained chimney, inspected and repaired at regular intervals, will not need such a damaging measure.

Plant growth, encouraged by such water ingress will gradually force masonry joints apart, leading to the movement of masonry and eventually reducing structural stability. Wet masonry is also prone to frost damage, as the expansion of liquid as it freezes will break mortar and stone and open up joints.

Even a well-maintained chimney will be subject to accelerated deterioration if it is not designed to suit its immediate environment. In the often-damp climate of the UK, this means the chimney cope should be designed and detailed to shed water clear of the masonry below. If this is not done, then water continually runs down the chimney face, eventually leading to the failure of pointing, stone or other materials. Some architectural styles give a good cope or cornice, others less so. The illustration above shows a traditional chimney that is well designed and detailed, but with damage to the cornice, missing pointing and plant growth that will all lead to dampness and stone decay.

Figure 6: Drawing showing typical external defects in a chimney. Note the loss of water-shedding capacity due to the damaged cope

Maintenance of chimneys in use should also include regular sweeping. The frequency of this will depend on how much the hearth is used, what fuel is burnt and how hot the fire is; a fire with damp wood, for instance, will result in incomplete combustion and deposits of soot and sometimes tar on the inside of the chimney.

Flues should be cleaned by a registered sweep, and a certificate is normally issued to the occupant recording the work. Partial or incomplete combustion, for example by continuing to burn damp wood, and failing to sweep the chimney, are likely to result in a chimney fire, where the tar and soot burns in the flue. Despite being contained there, the fire temperature can reach dangerous levels, cracking ceramic liners and adjacent masonry. In this instance, it is essential for fire services to attend the scene promptly.