Criminal remedies to residential squatting seem to be having a positive effect, say Richard Manyon and Joshua Moger, so will commercial property be next?

Squatting has something of a tradition in the UK. In the form of occupation of common or waste land by the landless class, it was an issue in the Peasants' Revolt in the 14th century, and in the Diggers movement that followed the English Civil War. In some ways, it can be seen as one of the first forms of non-aristocratic land ownership.

Times have moved on, however, and now squatters pose an issue for property developers, land owners and landlords alike, targeting property when it is most vulnerable, for instance during redevelopment. Both commercial and residential property owners need to be aware of the preventative measures to minimise the risk of squatting and, should these fail, the powers available to regain exclusive control of their land. In the modern context, although not a legal term, squatting takes place when a person enters property without the permission of the landowner and settles or resides on that land. This can also include circumstances in which entry to or possession of the property was initially lawful, for instance under a tenancy without statutory protection, but where following the lease's expiry, that individual has remained in occupation.

In terms of protection from eviction, the rights of squatters to remain in occupation of a property are based on section 6 of the Criminal Law Act 1977 (CLA). This makes it an offence for any person, without lawful authority, to use or threaten violence to secure entry to premises against the will of those inside. This applies even where the person in occupation is a trespasser and the person seeking to enter the property is the owner. In addition, illegally evicting or harassing a residential tenant can be a crime under the Protection from Eviction Act 1977.

This can prevent the removal of unauthorised occupiers in most circumstances, save where a court enforcement officer has a warrant or the police are acting by the powers recently bestowed on them by the Legal Aid, Sentencing and Punishment of Offenders Act 2012 (LASP).

Over the past few decades, squatters have used the CLA to make lawful evictions difficult for landowners. In order to regain possession of their properties, landowners have historically had to apply to court for the appropriate order for possession and warrant for eviction. This summary procedure can take several weeks, and another few weeks can be taken up before the court bailiffs attend to enforce the warrant.

An alternative procedure is to obtain an interim possession order (IPO). When this is issued and served, squatters must leave the relevant property or they will be committing a criminal offence. These processes are costly as well as time consuming. Both involve attending court at least once and frequently there is no prospect of making recovery from the squatters for property damage, loss of rent or costs.

Landlords and developers alike, therefore, welcomed the government's decision to criminalise some forms of squatting in residential premises, introduced by LASP.

Section 144 of that act states that an offence is committed when:

The maximum penalty for the offence of squatting is six months' imprisonment, a fine of up to £5,000, or both.

As well as introducing this new offence, amendments were made to the Police and Criminal Evidence Act 1984, giving uniformed police officers the power to enter and search premises for the purpose of arresting individuals for the offence of squatting.

Crucially, this provides a way for residential property owners to remove squatters from their land without having to wait (and pay) for a possession order and associated warrant, or for an IPO.

The maximum penalty for the offence of squatting is six months' imprisonment, a fine of up to £5,000, or both

When the legislation was introduced, there was considerable scepticism that it would be effective or properly policed. These concerns appear to have been largely unfounded, and the police appear to be willing to enforce the law in a robust fashion.

For example, a 2014 Freedom of Information Act request revealed that in the period from 1 September 2012 to 1 September 2013, the Metropolitan Police arrested 247 people for the offence of squatting in a residential building. Of these, 112 were charged and 101 convicted. The courts also seem willing to impose serious penalties where they deem it appropriate; 22 of these 101 convictions resulted in custodial sentences.

The figures seem likely to have a deterrent effect on the squatting community. As such, in a case of residential property, reporting squatters to the police seems an important first step and should result in eviction in appropriate cases. At the time of any report a property owner should be prepared to prove their ownership.

Gaps in the law

There has been some indication that the government regards the criminalisation of squatting in residential property as a first step, and that further legislation may follow. The rationale for excluding commercial property is unclear, and there have been several instances of squatters causing substantial disrepair to such premises since LASP came into force.

Additionally, an offence can only be committed if a person has entered and remains in the residential property as a trespasser, i.e. whose original entry and occupation of the building was unauthorised. Accordingly, tenants who entered the property legitimately but who have remained in possession after the expiry or forfeiture of their lease, cannot be guilty of the offence. 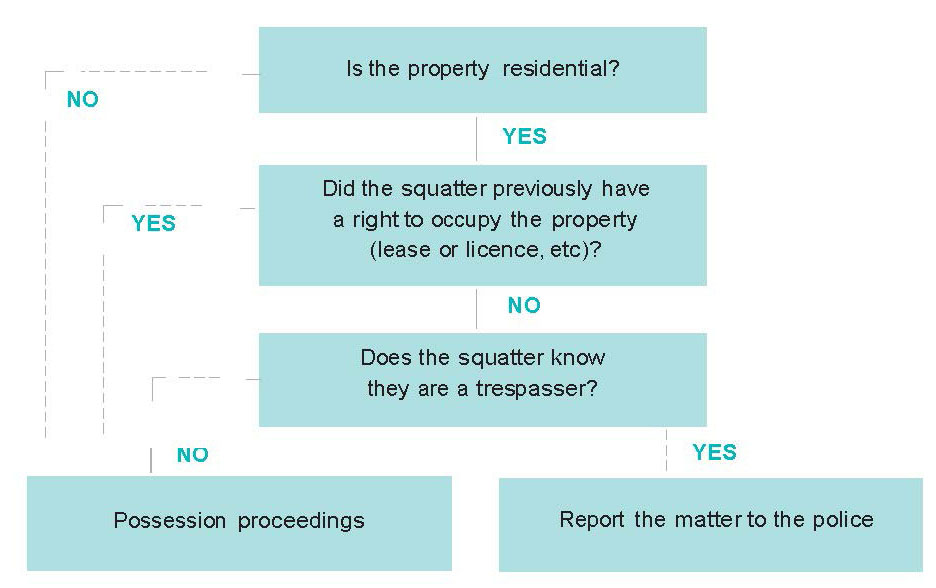 Figure 1 illustrates the circumstances in which property owners will be able to report the issue of squatting to the police to deal with under LASP, and when they will be left only with the previously existing civil remedies.

Of course, owners should take practical steps to avoid unauthorised occupation from arising. Adequate security might include robust locks, alarms, monitored CCTV, fences (preventing access to car parks and open land) and security guards (patrols or permanent property guardians). Care should be taken to regularise any occupation with a tenancy agreement, allowing no tenants to remain without a right to do so. Commercial landlords planning redevelopment should put in place tenancies outside the Landlord & Tenant Act 1954 with break options. In appropriate cases, landlords should consider keeping property occupied by temporary tenants such as charities or other businesses prepared to vacate when required. Advanced project management and correct tenancies are vital.

If squatting does arise, a report should be made to the police, or possession proceedings brought as soon as possible. This is not only because of the damage that could potentially be caused or to protect property interests generally, but because, allowed to remain in possession for a significant period of time, a trespasser may acquire permanent ownership rights.

The timeframe involved in gaining such rights depends on whether the land is registered. In the case of unregistered land, the period is 12 years of exclusive occupation, while for registered land, it is 10 years. This area of squatters' rights remains unaffected by LASP.