Invasive non-native species (INNS) are plants and animals that have been introduced to a new location. In their place of origin they are kept in check by disease-causing and predatory organisms. However, in a new ecosystem where the balancing organisms are absent the species exhibits invasive characteristics, rapidly spreading and out-competing native species.

The Invasive Non-native Species Framework Strategy was published by the Department for Environment, Food and Rural Affairs in 2008 to help formulate and coordinate actions to meet the challenges posed by INNS in the UK. The website run by the GB non-native species secretariat is a useful resource for information.

The special case of Japanese knotweed

Allowing Japanese knotweed to spread has been a criminal offence in the UK since the Wildlife and Countryside Act 1981 (WCA). It was one of two terrestrial plants included in Schedule 9, Part 2 of the Act – the other being giant hogweed. However, following the publication of the INNS Framework Strategy, the WCA was amended in 2010, expanding the Schedule 9 list from 2 to 24 terrestrial plant species and 15 marine and aquatic plants. There is little European legislation, but the European Parliament has recently approved new legislation to formalise an INNS strategy for all member states.

Japanese knotweed heads many UK regulators' lists as the most problematic INNS and it is certainly the one that surveyors should be aware of. The RICS Japanese knotweed and residential property information paper was published in response to lenders refusing to approve mortgages on properties affected by the plant. The Council of Mortgage Lenders and the Building Societies Association had been unable to advise their members on how to manage knotweed risks because there was no trade body or other means of assessing the professionalism of contractors appointed to treat the problem. Therefore, in parallel with the information paper, the Property Care Association (PCA)Invasive Weeds Control Group (IWCG) was formed, which now sets the benchmark for knotweed professionals. 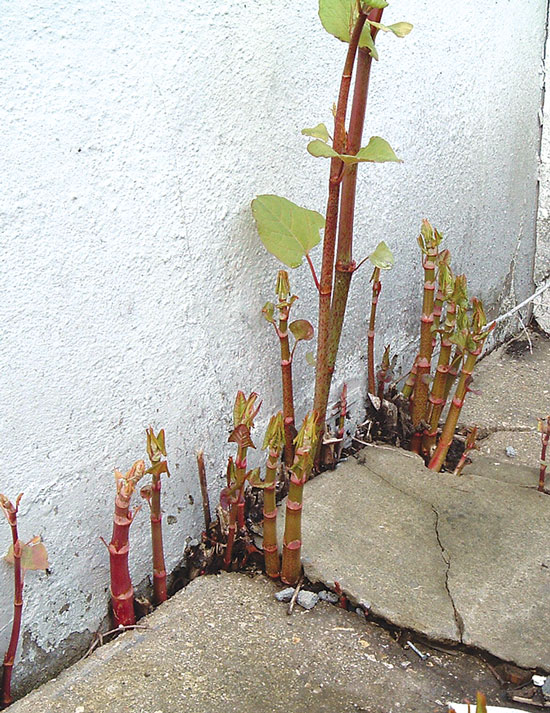 Figure 1: The rooty mass can exert significant pressure on built structures as buds and shoots expand into cracks in walls

Knotweed is a deep, sprawling mass of fibrous underground stems that store energy over the winter, exploding into thickets of 3m tall bamboo-like stems in the summer. It spreads almost entirely by root cuttings, i.e. fragments of rhizome (as small as a fingertip) that are easily and unknowingly transported as earth is moved between locations. It rarely sets seed because the plants introduced in the 1820s were female so their pretty flower spikes remained unfertilised due to an absence of male pollen. However, knotweed freely crosses with Russian vine, resulting in a hybrid that rarely germinates, and with pollen from other knotweed species (notably giant knotweed).

Knotweed hybrids are increasing in prevalence, which might be due to historic escapes from commercial nurseries rather than from germinating seed. They are generally very similar in appearance and growth characteristics to standard Japanese knotweed.

Not having to worry about dispersal by seed, knotweed should be relatively easy to control by simply stopping the transport of rhizome fragments in contaminated soil. But the spread of knotweed throughout the UK and across Europe and the US shows how easily it exploits this vegetative mode of propagation.

Unlike most other INNS, the 'rooty' nature of knotweed means the vast majority of its biomass is located below ground – sometimes as deep as 3m, extending laterally several metres beyond the area of above-ground stems. This makes it easy to unknowingly fragment and spread rhizomes by digging up areas of apparently virgin soil. The energy in this rooty mass can exert significant pressure on built structures as breaking buds and rhizome shoots expand into cracks and fissures in walls, tarmac and between paving slabs. Over successive years, particularly where a root system is well-established, this pressure can cause considerable damage to buildings. Unless a property has been allowed to progress into significant dilapidation, such extreme damage is rare. However, this potential to cause damage is why lenders have been keen to establish a system to quantify knotweed risks and enable lending on affected property.

Figure 2: Root barrier membranes being installed on a Warrington housing site in an area earmarked for car parking

The extensive root system makes it difficult to quickly kill knotweed using herbicides, which are applied to foliage. Direct injection of herbicide into the hollow stems can sometimes be effective but is an environmentally inefficient use of chemicals and a labour-intensive process. It also only works on the first application, because most subsequent regrowth does not produce hollow stems.

Foliar applications rely on a significant area of leaves and stems to absorb the chemical and transport it throughout the root system. This means it is diluted in the large volume of rhizomes and hence its efficacy is reduced. A series of applications over several years is therefore often required to kill a knotweed infestation. This can be complicated by the tendency for deeper rhizomes to become dormant as the upper layers are killed by the herbicide.

Dormancy can remain for many years (anecdotally, 10-20 years), which is fine if the ground is not disturbed. However, if the deep, dormant rhizomes are excavated several years after a treatment programme has effectively stopped an infestation, they can awaken and regrow. The quickest method of removing knotweed, therefore, is to dig up the entire root system, often resulting in large volumes of soil in need of either treatment or disposal. This makes it impractical for most domestic properties, although usually a simple herbicide programme is effective over several years, and there is little risk of significant earthworks awakening dormant rhizomes.

The future of knotweed control

With lending-risk solutions provided by the RICS information paper, coupled with the PCA IWCG benchmarking of expert contractors, this has fuelled a boom in the development of innovative technologies to better manage knotweed risks.

Using remote sensing technology, GroundSure has developed a system for identifying and estimating the size of Japanese knotweed stands having calibrated the system over many months of testing. This allows rapid, cost- effective, desktop research to screen for the potential presence of Japanese knotweed on and adjacent to sites of interest.

This can help with environmental due diligence audits to quickly gauge Japanese knotweed risks, which could significantly affect the value of property. The output is a short report with a scaled map showing likely areas of knotweed. It is designed to help surveyors, developers and conveyancers assess lending risks and potential management costs ahead of purchase decisions.

Chemicals currently recommended in best practice guidance, e.g. from the Environment Agency and the PCA work by interfering with knotweed's growth or interrupting how it builds vital proteins. However, work by Professor Anthony Moore at the University of Sussex is exploring a herbicide that could target only knotweed plants, leaving others unaffected.

Almost all plants and animals respire. The biochemistry occurs in tiny, energy-inducing organelles called mitochondria, which sit within an organism's cells. These are the cellular 'power plants' that drive energy-hungry processes such as cell division and growth.

Moore's team has identified a range of inhibitor compounds that can be engineered to block parts of the molecules involved in the chain of respiration. This stops the target organism from powering its essential life functions, ultimately leading to its death. The team has already had some success with a bespoke inhibitor that targets the fungus responsible for ash dieback. Under the current project, which is partnered with Phlorum, a range of inhibitors is being developed specifically for Japanese knotweed.

CABI is a global, inter-governmental organisation that applies scientific expertise to solve agricultural and environmental problems. It has been working on identifying and testing organisms from Japanese knotweed's native areas that might be released into the UK to keep invasive knotweed in check.

Hopes are pinned on the small sap-sucking insect Aphalara itadori, which is being tested in field trials. If successful, this will be released more widely and hopefully reduce knotweed to more manageable levels of infestation. A. itadori should also stress the plants it grazes on, which should make herbicide treatments more lethal.

A common treatment method has been to fragment the rhizomes and allow new shoots to appear before herbicides are applied. The process reduces the energy available in each rhizome piece by severing them from the larger volume of below-ground root mass. It also causes an increase in the 'leaf area to root volume ratio' so more chemical can be absorbed and translocated to the smaller root fragments, resulting in an increased kill rate.

CABI groups in Switzerland and France have also tested the effectiveness of crushing fragmented rhizomes, which damages root tissues causing significantly reduced vigour of any regrowth. They then buried the crushed rhizomes in waterlogged soils or under plastic sheets so it quickly decomposes. Little or no chemical treatment is then necessary.

Considering the large volumes of contaminated soils associated with extensive knotweed infestations, separating and fragmenting rhizomes can be a labour- and heavy machinery-intensive process. The CABI group used a specialist 360° excavator bucket attachment to crush and fragment excavated rhizomes. The need for such equipment complicates logistics and increases treatment costs.

This technique uses steam to 'cook' and therefore kill the rhizome fragments so that they cannot regrow. Developed by Mobildampf in Germany, it involves placing fragments under heat-proof sheets, weighted down at the edges, and pumping a blanket of pressurised steam under them for several hours.

The system sounds plausibly effective but has not been widely tested. Generating enough steam for enough time to treat large volumes of knotweed waste, coupled with the earthworks to excavate them, is also likely to make the method prohibitively expensive on many UK sites.

Japanese knotweed has been a major problem for home buyers, surveyors, conveyancers and solicitors. This was due to an absence of coordinated knowledge being shared, resulting in many lenders refusing mortgages on knotweed-affected sites. Thankfully, the efforts of RICS and the PCA have raised the bar in terms of how surveyors understand risks associated with knotweed and the professionalism of the knotweed control industry.

This coordinated approach is helping to develop new technologies and innovations that will hopefully result in better and more cost-effective management of a host of INNS across the UK and other countries. We may yet see the back of these unwelcome visitors.

Paul Beckett is a Director at environmental consultancy Phlorum. He contributed to the RICS Japanese knotweed and residential property information paper