Regeneration: building on a vision

Building on a vision

A regeneration initiative centred on the arts has transformed the centre of Folkestone on Kent’s east coast. Marion Payne-Bird explains

Folkestone is a town of about 43,000 population and growing. But this has not always been the case – like many other English resorts it suffered a period of decline as its popularity as a holiday destination faded.

Historically a fishing port, Folkestone flourished as a seaside destination with the coming of the railways in 1843, its long sandy beaches attracting day trippers and holiday-makers from London. The Earl of Radnor was responsible for laying out the town in the mid-19th century and his decision that it should be a superior type of resort left a legacy of numerous parks and gardens, fine Victorian buildings and an elegant seafront.

By the latter half of the 20th century the town was associated more with its port functions as P&O Ferries located its terminal at the northern end of the town and the rise of package tours and the lure of the Mediterranean sun increasingly drew holiday-makers abroad. Things then started to go wrong for the town. With the Channel Tunnel
on the horizon, P&O stopped its operations in 1991 and the town economy hit a low point with the closure of the container port in the late 1990s.

However, the opening of the high-speed commuter rail link to Folkestone in 2009 significantly decreased journey time from London and started to reverse the town’s fortunes. This, plus the vision of Roger De Haan, life-long resident and former chairman of the travel company Saga, saw the start of major transformation.

As former chairman of the Metropole Arts Centre Trust, established in the 1960s to revitalise the Metropole Galleries Theatre, De Haan had been instrumental in turning the arts centre around. With this successful experience behind him, he saw a way to do something for the town as a whole and, in 2002 the Roger De Haan Charitable Trust was set up together with Creative Foundation, a registered charity. Then, in collaboration with key local figures, a vision for Folkestone was developed that placed arts at the centre of a property-led regeneration strategy. 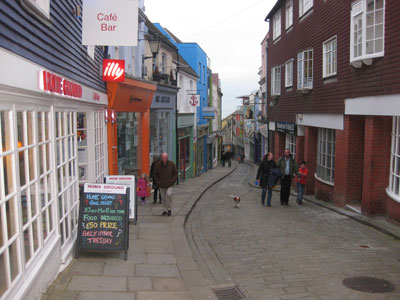 Figure 1: View down the Old High Street towards the sea

A key problem for the town was the physical disconnect between the core shopping area on top of the hill and the attractive old harbour and seafront. The team’s approach was to focus on the revitalisation of the streets linking the two areas, undertaking a process of property acquisition, refurbishment and management aimed at arts-based organisations.

With starting capital of £600,000 from the Arts Council, two properties – 17-19 Tontine Street and 35-37 Tontine Street – were converted into 40 studio spaces providing low-cost space for enterprising artists. This process continues today, with the trust acquiring properties and granting 125 leases at a peppercorn rent to the Creative Foundation, which takes responsibility for the building work.

Funded by the income from its properties, the foundation employs 16 people, who are responsible for property acquisition and management, marketing and generally working with the community to enhance the enjoyment of the arts and extend access to culture. It has gone on to attract further funding from the South East England Development Agency (SEEDA), the Higher Education Funding Council for England (HEFCE) and Shepway District Council, and works in partnership with educational and development organisations.

From this small start, the foundation has bought and owns some 200,000sq ft of property in about 80 individual buildings, in what is now known as the Creative Quarter, based around the Old High Street and Tontine Street. About 200 creative individuals have moved into the area, with the purpose-built studios let on a flexible basis (easy in and easy out) at low rents and short leases of never more than five years.

Many of the buildings in the quarter were originally retail units, so the shop fronts have been preserved with the aim of attracting creative retailers. The area boasts shops selling artists’ materials, musical instruments, private art galleries, restaurants and bars. There is a lively atmosphere throughout the day and into the evening.

There is also a residential element to the scheme. Apartments have been created in the space above the shops. These are let specifically to artists in the community, some including their own studio space, and are also helping to attract artists from further afield. The units are modern, light and attractive. Foster Gearing is responsible for much of the design and recently reaped a ‘highly commended’ Kent Design award for its residential conversion at 2-4 South Street.

A key aim of the foundation is to increase the range and level of higher-level learning opportunities in the region and to support lifelong learning for young people and adults in a range of arts and creative-industry disciplines, business and information, communication and applied professional studies.

To this end, educational establishments have successfully been encouraged into the area, adding to the interest and sustainability of this part of the town from demographic, learning and design points of view. The University Centre Folkestone, part of Canterbury Christ Church University, has taken over the Old Glass Works: 30,000sq ft of refurbished redundant industrial premises that includes two five-storey warehouses, from where it offers a host of creative arts courses. Nearby is The Cube, an innovatively refurbished 1970s four-storey office block funded by Kent County Council and now the home of the adult education services offering courses in pottery, jewellery making, art and dance. Finally, the Folkestone Academy is a successful college that replaced a failing secondary school and is soon to be extended with further innovative design by Foster Gearing.

Meanwhile, the Quarterhouse, opened in 2009, provides a 220-seat theatre in an area that never before had a venue for the performing arts. Housed in a refurbished 1950s building, the project was publically funded with £3.5m from Kent County Council and £0.5m from SEEDA. Designed by Alison Brooks Architects, it has a RIBA award to its credit.

Over about 10 years, the area around and above the Old Harbour, centred on the Old High Street and Tontine street, has been transformed from a sorry set of streets with vacant shops and a falling population, to one that is drawing in tourists, students and artists. In its decade-long existence, the foundation has created more than 300 jobs and substantially increased tourism. More than 60 artists have moved in to the area alongside around 40 retailers and more than 40 new residents.

The town’s economy has blossomed and is more sustainable. It is no longer based simply on the short summer season and the vagaries of the English weather. Art seems to be providing a sound base for growth and diversification. Some firmly established events are adding to the vibrancy of the permanent features of the Creative Quarter. For example, in 2008, the Folkestone Triennial started an ambitious exhibition of art in public places, bringing the work of major international artists such as Tracy Emin and Mark Wallinger to the town. The event is now on the global arts calendar. Since then a major book festival has been added to the list of attractions.

Sculptures, new public spaces, frontages and places of interest are new physical elements to enjoy, and the initiative has had a ‘spread effect’ towards the seafront and old harbour.

An award-winning restaurant designed by architects Guy Holloway recently opened in the Old Harbour, with superb sea views, and there are major plans to redevelop the area. The Folkestone Harbour Company has commissioned Sir Terry Farrell and Partners to draw up a masterplan for a comprehensive mixed-use scheme.

The initial ‘shot in the arm’ came from the energy, innovative thinking and commitment of just a few people, but the transformation has gathered momentum and there seems to be no stopping the wave of improvements.

Marion Payne-Bird is a planning and local economic development consultant

Download a complete “Regeneration: building on a vision” PDF