In this feature on Commercial Energy Performance Certificates, Robert Corbyn clarifies some of the common misunderstandings about whether an EPC is actually required and answers some common questions encountered when performing an EPC calculation

Common misunderstandings about whether an EPC is actually required

Over a year since their introduction, the property industry is still scratching its collective head as building owners, contractors, sellers and occupiers (and the new enforcement agencies) try to understand the requirements of the Energy Performance of Buildings Directive relating to Commercial Energy Performance Certificates (EPCs). This article summarises some of the common questions I have received on the subject (see Figure 1). 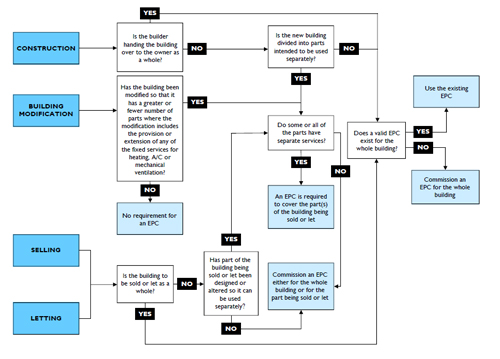 Figure 1: Does your commercial building require an EPC?

What were the EPC deadlines in England and Wales?

The deadline for non-dwellings was first implemented on 6 April 2008 for buildings with a gross internal floor area (measured in accordance with RICS Guidance Note Code of Measuring Practice 6th Edition, Sept 2007) of over 10,000m2. Buildings over 2,500m2 came into play on 1 July 2008 and all other non-dwellings from 1 October 2008.

However, transitional arrangements were introduced just before 1 October 2008, such that owners of any non-dwelling that was already on the market before the above commencement dates, and remained on the market, were not required to make an EPC available to prospective buyers and tenants until 4 January 2009 (unless sold or leased when an EPC was required at the earliest opportunity).

The 'drop dead' date for when a building over 50m2 being offered for sale or let must have an EPC, so it could be made available to a prospective purchaser at the earliest opportunity, was 4 January 2009. Since that date, every commercial building over 50m2 - whether or not it was on the market before or after 1 October 2008 - now requires an EPC for a sale or letting.

What do I need when a property is about to be advertised for sale or letting?

The EPC for the property, and its accompanying recommendation report, must be made available free of charge to a prospective buyer or tenant at the earliest opportunity, and in any event:

What if a contract has not completed?

The same requirements apply even if a contract was entered into to sell or rent a property before 4 January 2009 but has not completed. A seller or landlord should instruct an EPC from an accredited energy assessor in good time (and at least 14 days before it is required) to avoid any penalty charges (see below). Therefore, if a property is on the market and there is an expectation of taking viewings, providing written information, receiving offers or exchanging contracts, an EPC should be obtained as soon as possible.

What are the requirements in Northern Ireland?

The regulations in Northern Ireland are very similar to those in England and Wales although their drop dead date was a few days earlier on 30 December 2008. Since then, any building offered for sale or lease requires an EPC to be provided to a 'prospective buyer or tenant' at the earliest opportunity and no later than when they:

In England, Wales and Northern Ireland, Display Energy Certificates (DEC) are required on public buildings over 1,000m2 and an EPC for all new construction work over 50m2.

What are the requirements in Scotland?

The EPC deadline for non-dwellings was first implemented on 4 January 2009 and EPCs are currently required for all non-domestic buildings over 50m2 and public buildings over 1,000m2 (Ref. 3).

A slight difference in Scotland and Northern Ireland is that if a building's sale or lease was agreed before 4 January 2009 or 30 December 2008 respectively, and the building was withdrawn from the market due to a sale or letting, then no EPC is required at completion.

So, as of 4 January 2009, the position across the UK is that any building being offered for sale or lease should have an EPC and this must be made available to prospective purchasers or tenants when information is requested, a viewing arranged or an offer made.

Does my building need an EPC as it does not have heating?

The guidance issued by all UK regional governments says that if a building is expected to have heating then an EPC is required. This EPC is based on an assumed fit out that is in line with the legal minimum that can be installed under the relevant building regulations. The only buildings that are likely not to require an EPC, if they have no heating installed, are those that have only planning class B8 (Storage or distribution) status.

So, if a sale or lease transaction relates to a shop, restaurant, cafe, public house, wine bar, hot food takeaway, workshop, hotel, leisure centre, office, etc, (i.e. a building that is usually heated) then it requires an EPC whether or not a heating system is actually present.

What buildings are exempt?

The following buildings do not need EPCs:

What happens if I don't comply?

Enforcement is performed by local Trading Standards authorities who have powers to investigate and serve penalty notices for failure to comply with EPC and DEC duties. They can request an EPC and recommendation report to be presented to them within seven days up to six months from when a person was subject to an EPC or DEC duty.

The penalty for failing to make an EPC available to any prospective buyer or tenant when selling or letting non-dwellings is fixed, in most cases, at 12.5% of the rateable value of the property. The range of penalties under this formula is set with a minimum of £500 and a maximum of £5,000 with a default penalty of £750 where the formula cannot be applied.

Any person who obstructs a Trading Standards Officer who has requested an EPC and recommendation report for inspection is guilty of an offence and liable upon conviction to a fine of up to £5,000.

How many EPCs have been issued?

Since the UK government's Landmark website went live for lodging commercial EPCs in June 2008, more than 85,000 EPCs have been produced and registered in England and Wales, although this is substantially less than government's prediction of around 300,000 EPCs required per annum.

There are two reasons for this. The first is that, although the official year started on 6 April 2008, this was only for buildings over 10,000m2 and the subsequent transitional arrangements reduced the effective year further. Therefore in England and Wales, EPCs have only effectively been in place across the market for less than a year. This, coupled with the obvious reduction in recent transactions, has reduced the total numbers.

Thanks to Neil Hanney of CADE Consultants for his contribution to the above.

What types of energy assessor are available?

Commercial energy assessors should be accredited for the category of building requiring an EPC (see Figure 2).

If the building has too many zones or surfaces due to the zoning methodology of SBEM, this could mean a non-complex building needs a Level 5 assessment. Unfortunately, this may not be apparent until the data has been entered into SBEM. The total number of zones/surfaces allowed in SBEM has not been published and can vary between software providers. This could mean the assessment has to be remodelled using DSM.

What information is required by an assessor?

To produce an accurate rating, they will need (*minimum):

To produce a commercial EPC, the assessor will also need:

Can owners choose to have an EPC produced for the entire building?

Where a building is being sold or let as a whole, an EPC can be prepared for the entire building, even if it is divided into parts that have been designed or altered to be used separately.

However, this overlooks the overriding requirement that a separate EPC must be supplied for any dwelling with its own entrance. If the entrance is via an office/shop, then it should be assessed with the rest of the building.

If a multi-tenanted building is being sold as a whole, and it has different HVAC systems, then it is usually more beneficial to produce separate EPCs for each unit as these can be used if any tenants change over the next 10 years.

How many EPCs are required for a business centre or multi-occupied office?

Generally, the best option is to have separate EPCs prepared where different units have different HVAC systems

Case study - When does one unit accurately reflect another?

We recently completed an EPC for a large business centre. Before starting, the client asked if we would produce an EPC on one of the units and use this data to represent the other 23 offices, as several office suites were up for let.

After discussions with the site maintenance engineer, we found there were two plant rooms with different HVAC systems servicing various parts of the building, meaning more than one EPC was required. It became clear that each office was not representative of another and individual EPCs were required because:

After completing the EPC assessment on the whole building, we modelled each office individually and the ratings were varied (see Figure 3). There were also differences where HVAC was being supplied from the same system. Where individual office suites were up for let, individual EPCs were needed as the ratings were different to the one for the whole building. The EPC ratings would have been incorrect if we had used the data from one of the offices to represent them all. 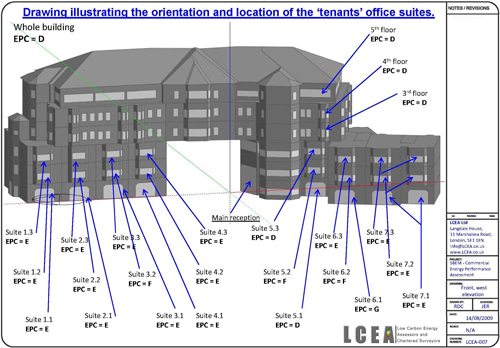 Figure 3: The various EPC ratings within the business centre

For one unit to be representative of another unit, the age of construction, materials, orientation, position within the building, glazing, roof/skylights, type of HVAC systems, hot water systems, insulation, and all the building fabric quantities must all be consistent.

Generally, the best option is to have separate EPCs prepared where different units have different HVAC systems. It is certainly not correct to only have one EPC produced for each building if the common use of the term 'building' is applied, i.e. to mean the entire structure, which may house many separate units.

Who is responsible for ensuring EPCs are carried out?

Where EPCs are given to the owners of newly constructed Crown or statutory undertakers' buildings, the builder is responsible. Once constructed, it is the responsibility of the person carrying out the construction to give an EPC and recommendation report to the building owner and to notify Building Control that this has been done.

Which EPC is required if a building use changes?

If a building is being advertised as a commercial unit for sale or let and has the potential/planning permission for conversion into residential use, it needs a commercial EPC as this must reflect the current building (being advertised), anything else would be a predictive assessment. A domestic EPC would be required after the conversion as required by Building Regulations. The energy assessor cannot carry out an assessment on what might happen, only what currently exists.

Is an EPC required for a commercial building that has planning permission to demolish some areas?

An EPC is not required when a building is being advertised for sale or let with vacant possession and has planning permission to be demolished. However, if any part is occupied when advertised, an EPC is required.

Robert Corbyn is the Director of Low Carbon Energy Assessors, and a member of both the RICS Building Engineering Services Business Group and RICS Commercial Energy Performance Working Group.