Trees and TPOs: carrying out work

A tree preservation order (TPO) can be issued by a local planning authority to protect individual trees, groups of trees or woodlands in the interests of public amenity. It takes the form of a legal document that includes a plan showing the location of the trees and a schedule that describes those protected.

TPOs date from the first Town and Country Planning Act 1947 and some authorities still have orders in place from the early 1950s, so the documentation comes in all shapes and sizes. In April 2012, however, the government published new regulations cancelling the provisions in TPOs issued before 6 April 2012 and replaced them with the provisions of the same year’s Town and Country Planning (Tree Preservation)(England) Regulations.

The only parts of a TPO from before this date that remain in effect are its name, its endorsement and the details, by way of the plan and the schedule, of the trees protected. The Welsh Assembly decided not to adopt the 2012 regulations, though, retaining TPO documentation that dates from different periods.

A TPO can protect anything that can ordinarily be described as a tree and is listed in the schedule. This is why surveyors must take the trouble to look at the plan and the schedule.

Clearly the elm has long since died, probably from Dutch elm disease, but the oak is still growing. While there may be more than one TPO on the property, if the council record shows only one then the maple and the willow are not protected.

In every case, however, the protected trees will be detailed in the schedule. Be aware that a TPO frequently contains more than one tree, can cover more than one property and can contain more than one classification.

If the local planning authority issues a TPO on a property, the owner has the right to object before the TPO is confirmed. They will receive guidance on this from the authority in the bundle of documents served on them, and their objections are heard by that authority.

Should the TPO be confirmed against the owner’s wishes, their best course of action is to make an application for works under the new TPO and appeal to the Secretary of State. The good news is that there is no fee or any other charge for TPO applications, notifications or appeals.

Should you wish to carry out work on a tree that is the subject of a TPO, you will need to apply to the relevant local planning authority. To do this, you should download and complete a tree work application form from either the online Planning Portal or the local authority’s own website.

Guidance notes attached to the form state that, where the reason for the work concerns alleged damage to a structure, a higher level of evidence must be submitted to demonstrate that the tree is a material cause of the problem, and that other potential causes have been eliminated so far as is possible.

Subsidence cases often involve information outside the expertise of the authority’s arboriculturists. Authorities use engineers and building control officers for advice and employ consultants where the tree in question is of significant amenity value. The list of information required for the 1App tree work application form in these cases is mandatory, and an authority can refuse to determine an application without it. 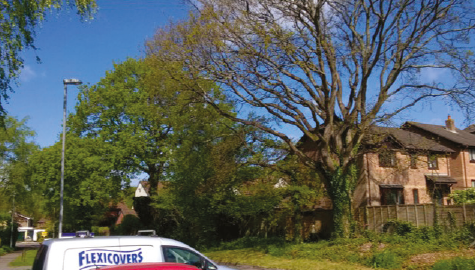 Proving a tree to be the cause of subsidence can be difficult, but as a minimum authorities will need root identification from live samples below the seat of damage, evidence of a shrinkable clay subsoil and level monitoring that demonstrates seasonal movement.

In determining any application for tree work, the authority must balance the public amenity that the tree offers against the reasons provided for requiring the work. The authority has to consider, in the light of its assessment and the submitted evidence, whether the proposal is justified. It follows that the more drastic the nature of the proposed work – felling, for example – the better the reasons provided for it should be.

If the local authority grants consent for the work, usually with conditions about the standard required, an applicant can carry this out within two years of the date of the decision. Should the authority refuse, however, it will include with its paperwork details of how to appeal the decision to the Secretary of State through the Planning Inspectorate. 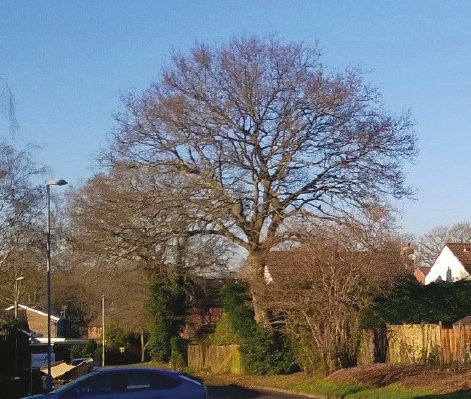 Figure 2: One oak established as cause of subsidence is subsequently felled

Where a tree is protected, it is an offence to cut down, remove the top from, cut branches off, uproot or wilfully damage or destroy the tree. The local authority can pursue enforcement action in the case of unauthorised tree work, and fines can be imposed on the tree owner or the person instructing or carrying out the work where an offence has been established.

Trees growing in conservation areas are automatically protected where they have a stem that exceeds 75mm in diameter, measured at 1.5m above ground level. The offences and exemptions contained in conservation area legislation are not dissimilar to those in TPOs; the significant difference is that when an applicant wants to work on a tree growing in a conservation area that is not also subject to a TPO, they need to notify the authority of their intentions rather than apply for consent, though they do not have to provide so much information as they would under a preservation order.

While there is no requirement to use a 1App form, it is probably easier to do so. The local authority has six weeks to respond, and may take one of two courses of action: either allow the works to proceed, or issue a TPO that prohibits the work from taking place. If it allows the works, then it will usually respond to the application, although should the applicant hear nothing they can go ahead six weeks after notifying the authority.

An important part of the Planning Practice Guidance Tree Preservation Orders and trees in conservation areas document is that it contains endorsements showing that the TPO has been confirmed. If the TPO is more than six months old and has not been confirmed then it will have no effect.

Finally, a TPO will generally only protect trees that were growing at the time it was issued. There are a couple of exceptions: a TPO with a “woodland” classification covers trees of any age, including saplings, and there might also be occasions where a tree has been planted as a replacement for one that died or was removed in contravention of the TPO. The arboriculturist in the local authority’s planning department should be able to help with this information.

Download a complete “Trees and TPOs: carrying out work” PDF